Always keen to impress with designs, Oppo has yet another eye-catching proposition in the R1x. There's more to it than meets the eye though, and under the neat metal case the Oppo R1x is a capable all-round midranger. 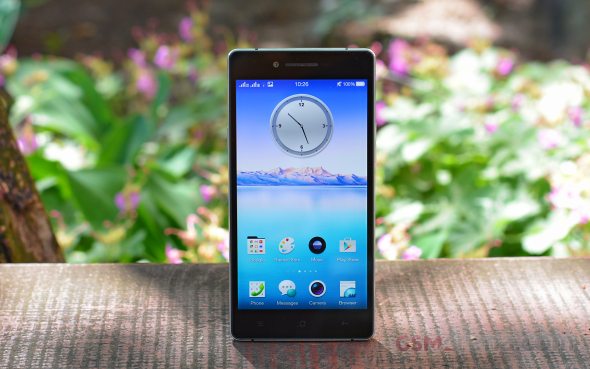 The R1x first appeared in its homeland as the R1C and was later on re-branded for the international markets. International has dubious meaning, as the device remains elusive outside of Asia. Even there it's pretty hard to find in online stores.

Limited availability may be the smartphone's greatest flaw, because the actual package has the looks and specs of a winner. The attractive design has a touch of premium, a recipe for success in the packed midrange where styling often gets sacrificed for better hardware.

A 5-inch display offers just enough screen real estate to cater to the average customer, without becoming a burden on the pocket. Meanwhile, the HD panel should strike a decent compromise between resolution and battery efficiency.

The Snapdragon 615 is among the most popular chipsets in the upper midrange and here it's backed up by 2GB of RAM, so a good all-round performance is to be expected.

The R1x is a dual-SIM device, but the second card is limited to 2G networks and it goes into the microSD slot, leaving you with the 16GB of storage only.

There's a 13MP megapixel primary camera on the back behind an f2.0 lens and the front 5MP unit has an equally wide lens for better selfies with available light.

We're slowly coming to terms with user-replaceable batteries being phased out in favor of slimmer profiles and premium designs, which are incompatible with a removable back cover. However, the lack of Gorilla Glass is harder to accept in a device with more upmarket aspirations. Android KitKat doesn't look particularly exciting on a spec sheet these days.

Will you hold it against the Oppo R1x or can it make up for these shortcomings? The following pages will hopefully help you decide, starting with the usual unboxing and hardware overview.

Trust me, the so-called OPPO R1x (R8201) lacks LTE Connectivity. My wife owns this beautiful device with the price tag of around $350 when bought last year. The price is even stable at around $300 now