Oppo R7 Plus FC Barcelona Edition may arrive on September 8 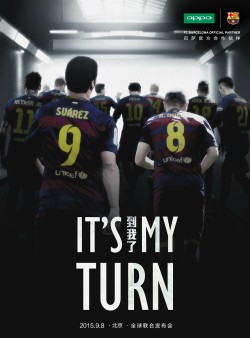 Oppo became an official partner of FC Barcelona back in June, and now it seems like the Chinese smartphone maker is preparing a special edition device to celebrate its status.

The image you can see to the left has been published on the company's official Weibo account. It unveils the fact that there's going to be an event on September 8, and this clearly has something to do with FC Barcelona given the players seen in the picture.

Chinese publications are speculating that this is going to be the occasion on which Oppo will introduce a new smartphone, the R7 Plus FC Barcelona Edition. It's supposedly going to match the 'vanilla' R7 Plus in terms of hardware, but will feature the football club's logo on its back, along with some other FC Barcelona-themed additions.

For one, the system theme shipping with the handset will be all about the Catalan club, as will the packaging and the accessories coming with the phone. Pricing hasn't been rumored yet, nor a release date or any hints about geographic availability. It might however be safe to assume that the R7 Plus FC Barcelona Edition won't be confined to China, since the football club has incredible brand recognition across the world. And it would be odd for Oppo not to try and capitalize on that.

Entry-level Oppo A33 launches in India with 90 Hz screen

Samsung please make a partnership with Tottenham and Chelsea!