Oppo has been rather bold, yet oddly consistent with the styling of the Reno line thus far. "Deep", mostly dark glass surfaces, complete with a signature Reno oval on the back, some recognizable branding and often a slightly elevated, color-accent bump to keep the generally flush cameras safe from scratches.

The Reno2 is definitely no exception. Its vertical back stripe is especially eye-catching thanks to an accent that almost looks like an LED light shining through. 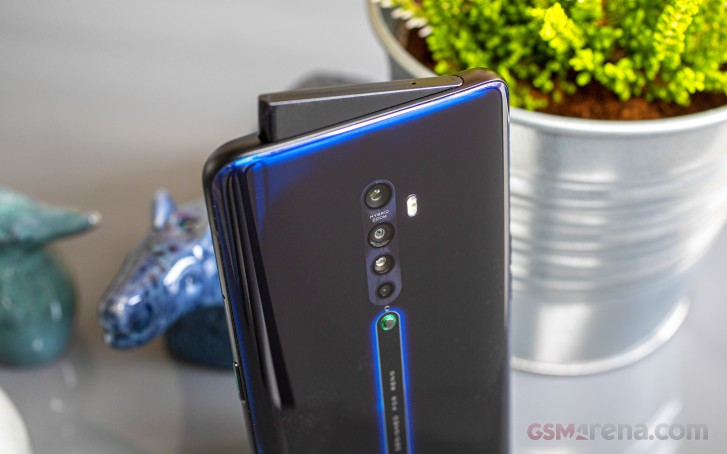 Since we are already discussing the backside of the device, it is worth mentioning that the camera array is absolutely flush. In fact, the camera lenses are positioned underneath the Gorilla Glass surface itself. You don't really see that every day. While it looks cool, one clear downside is the amount of grease and smudges that the glass accumulates. If gets really messy, so you might want to pay attention to the camera area and keep it clean prior to shots. 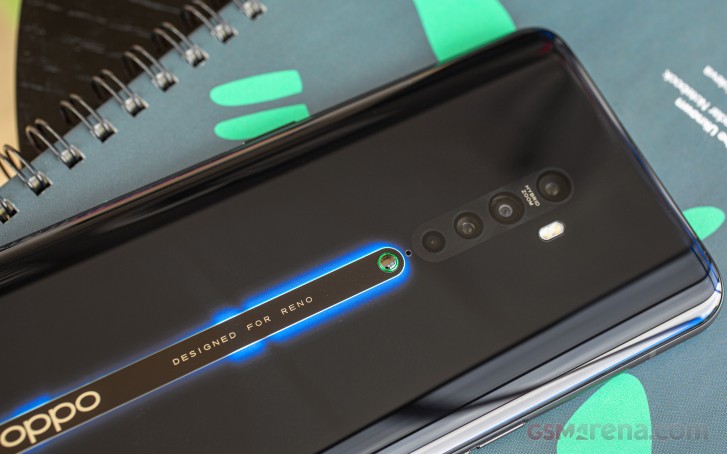 Smudges aside, though, we like the finish on the Reno2 all around. The phone feels really well put together. Besides Gorilla Glass sheets on both sides, the bill of material also includes aluminum for the middle frame. It feels great as well. Thick enough and sloped properly to make for a comfy in-hand feel. Out only real complaint is the lack of chamfers to aid with the grip. The Reno2 is pretty slippery. 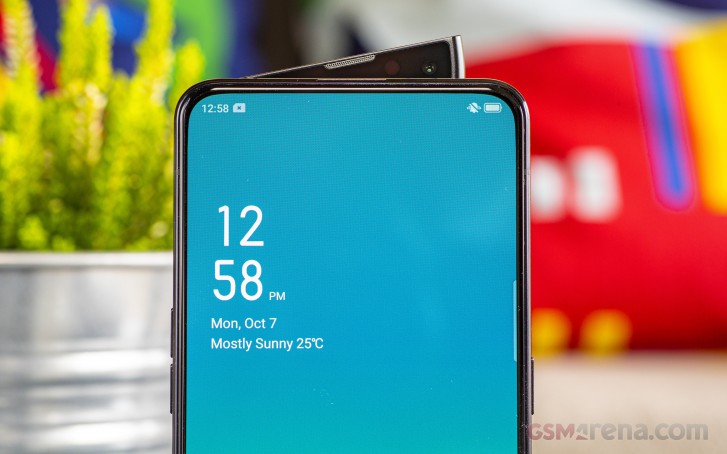 The pop-up motorized fin design feels really sturdy as well. Oppo has really put a lot of engineering effort into the mechanism. Funky or not, it is really strong. It is also how the Reno2 can keep such a clean look on its front side. It's far from a bezel-free design, but it's free of punch holes or notches and is one flat surface with no curves. 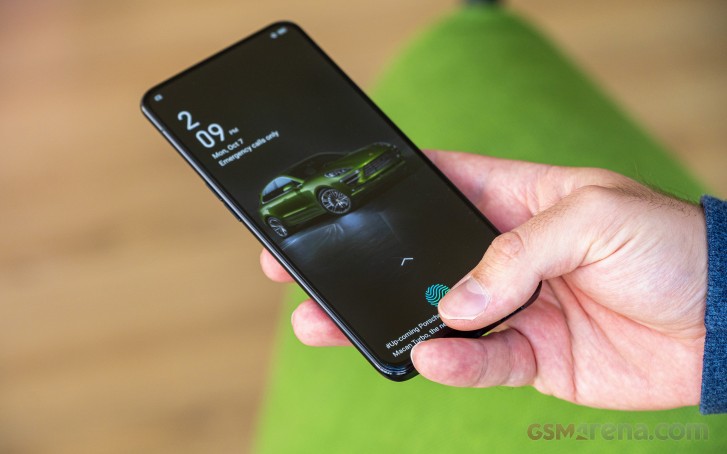 The optical under-display fingerprint reader has also been conveniently hidden away under the AMOLED panel. The reader itself is both snappy and very reliable. Optical under-display tech has really come a long way since its inception and we have no complaints with the unit on the Reno2.

Despite the inclusion of the signature "shark fin" the Oppo Reno2 has a rather standard set of controls. Volume buttons on the left and a power button on the right. We appreciate the little color accent on the latter. Our unit has it in a bright green. What left us quite disappointed, however, was the mushiness of the buttons themselves. They're not the worst we have encountered but still not very pleasant to use.

The bottom bezel houses a USB 2.0 Type-C port, which, unfortunately, we didn't manage to get a video out signal from.

Next to it - a 3.5mm audio jack and a single bottom-firing speaker. This is the sole speaker on the phone. The earpiece does not double as a powered speaker. It is nicely concealed in the top bezel though.

The Reno2 has a pretty standard load-out in this regard as well. Nothing too fancy, yet still a noticeable upgrade compared to the original Oppo Reno thrown in here and there. For instance, the Reno2 has an FM radio receiver. Another new addition is the microSD card slot. 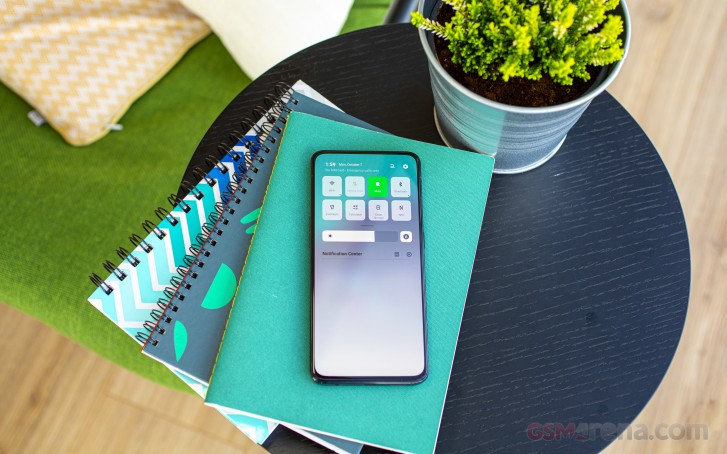 Unfortunately, it is a hybrid affair, so you do have to choose between extra storage or a second Nano-SIM. If you intend to use a second number, you are also covered with dual stand-by, but that hardly comes as a surprise on a modern device. The same goes for LTE connectivity - Cat.15 in this case. In no particular order, the Reno2 also has Bluetooth 5.0 with A2DP and LE profiles. We found no mention of aptX HD, though, which the original Reno did have.

For local connectivity, there is dual-band Wi-Fi ac. And last, but not least a pretty versatile positioning setup, including A-GPS with GLONASS, GALILEO, and BDS support.

What is the slo mo speed of this Reno 2

Yah it's 2020 and it's overdue. They released beta or trial for cos7 but I think it is exclusive for India only. I should have chosen oneplus instead.