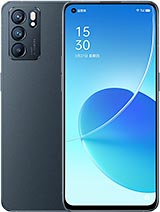 No 3.5 Jack, no card slot,mediatek processor, no OIS, No video stabilisation . It's huge No

Halvinandi, 05 Aug 2021Samsung+iPhone= But with trash UI Did you ever use colorOS 11?? Just try once before you comment here.. thanks..

Ashkars, 05 Aug 2021Oppo is not giving proper update. I have r17.. they don... moreOnly 2 years of software upgrades are provided. Which means u will be able to update upto Android 10

Ashkars, 05 Aug 2021Oppo is not giving proper update. I have r17.. they don... moreWhich year you bought this phone brother?

YUUSEIDAN, 06 Sep 2021Believe it or not, the price of this phone in my country is... moreI'm not surprised with Reno6 being more expensive than Reno5 since the global chip shortage affects other brands' new models too. It's anticipated months ago.

Believe it or not, the price of this phone in my country is 575$, lol

front camera on the side? I don't like it, the Android brand teaches how to be stupld

reno6User, 17 Aug 2021Would request OPPO to provide bootloader unlocked atleast f... moreusually bootloaders r unlocked only after the phone loses support here, so maybe (2? 3?) android updates later they will allow, this is why custom roms are usually not available for supported phones.

as for the oneplus - realme - oppo thing, they all make different phones for different segments and markets.
- realme is focused on performance and the chinese market
- oppo is focused on camera and the asian market
- oneplus is focused on all rounder phones and the western market

I wish this phone comes to europe. It's slick, have great specs and high efficiency, it's more compact than the average phone this days.
Dimensity 900 is even capable of hardware decoding AV1 which is impressive !

Anonymous, 31 Jul 2021What material of the frame of this phone is made of? Plasti... moreMetal

You have done your research well. One plus too was working as an independent entity with its own software team, design team and marketing strategy too. Now that the BBK made a brand out of its multiple investments which is good enough to compete the likes of Samsung and iPhone brands, they slowly started consolidating.
How far are the days when even one Plus would say that their bootloaders are not available for public? I clearly predict they will blame on google for this saying the ecosystem has been hardened and hence bootloader locked. Expecting this to happen in 1 to 2 years. After that, there is no difference between oneplus, oppo, xiaomi, vivo, iqoo, redmi, Huawei, honor.
Day is coming soon.

reno6User, 17 Aug 2021The OS optimization is basically done by same team of Onepl... moreBased on my research, yes, all of the brands you named here is also owned by BBK Electronics in terms of shares. However, there are all operating on their own, with OnePlus and Realme having affiliation with OPPO and in having affiliation with Vivo. This is probably why you'll see that those two with OPPO shares the same charging technology which is developed by OPPO while iQOO uses the gimbal OIS developed by the Vivo, the same goes for the OS as well. So for me, since BBK is not interfering with any of the brands, I assume they act as two independent parties, one of them is OPPO and another one is Vivo. The other three are more like a subbrand.

Malek Dz, 17 Aug 2021Because it's expensive so you need to buy airbods like... morethere'll probably be no more usb ports by 2025

Anonymous, 14 Aug 2021Why there is no 3.5mm jack man?Because it's expensive so you need to buy airbods like the iphone ..

Would request OPPO to provide bootloader unlocked atleast from color os 12.
This is a great hardware and if we could customize it, it would be long lasting phone in my hand.

The OS optimization is basically done by same team of Oneplus and color OS and now that is even made official. Oppo, Vivo be like- ad-bomb OSes and One plus brand be like- pure optimized one. Hats off to the business stratergy. Same company selling phone with 5 company names with same software at its core.
OPPO, VIVO, One Plus, Realme, IQOO. Are there any other faces of this company in other countries?