Oppo Reno A leaks, shows off its mid-range looks

Oppo's Reno2 is coming soon, as you could probably tell by all the leaks and teasers. The Chinese company's Reno lineup, that debuted only a few months ago, is apparently going to expand its reach and get ever more crowded, as an Oppo Reno A smartphone is also in development.

You can see the Reno A in all its mid-range glory below. This is definitely not a handset you can expect mind-blowing specs from, and you can tell that based on looks alone. 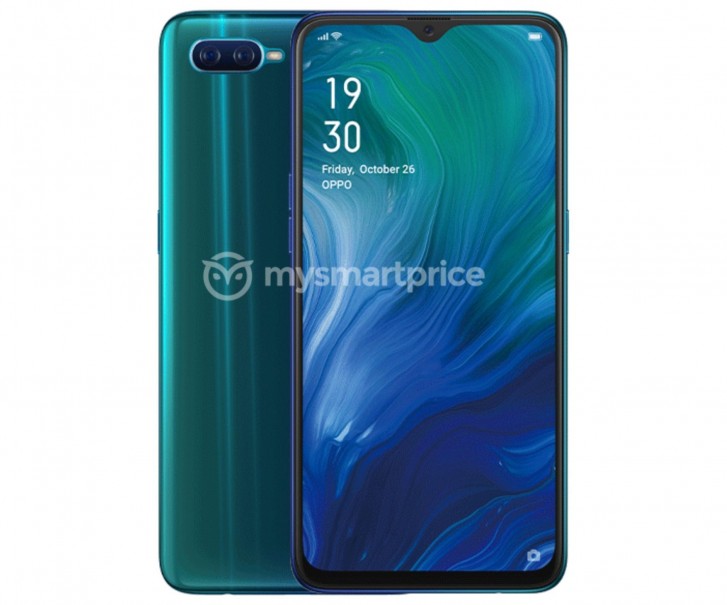 Indeed, the source of this leak confirms that saying the Reno A will come with a 6.5-inch FHD+ touchscreen, 6GB of RAM, 64/128GB of storage, and a 3,600 mAh battery. It's expected to be powered by the Snapdragon 710 SoC. The rear cameras are a 16 MP primary sensor with f/1.8 aperture and a 2 MP depth sensor, while on the front you get a 25 MP selfie snapper with f/2.4 aperture.

The phone's dimensions are 158.4×75.4×7.8mm and it weighs 169g. As no fingerprint sensor is visible, it might be an under-display unit. The Reno A will be offered in blue and black, and will probably become official on August 28 alongside the Reno2, Reno 2Z, and Reno 2F.

Color renders of an Oppo slider follow up on patent application

At least we have a choice of Oppo Reno A that will come with 3.5mm jack & microsd slot as STANDARD unlike the top tier ones that skimp either 3.5mm jack or microsd slot.

Another huge brick from the chineses...