A new report from Canalys outlines Thailand’s smartphone market share and smartphone shipment for the last quarter of 2018. In recent years, a number of key players including Xiaomi, Honor, Lava, and Wiko, have intensified competition in the Southeast Asian market. 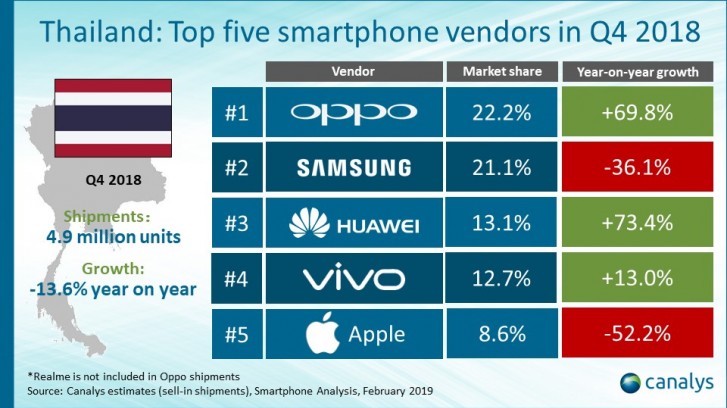 As users are holding onto their smartphones for longer periods of time, the market sees a 13.6% drop over Q4 from the previous year – a total of 4.9 million units were shipped during the period. Despite attractive promotions from smartphone carriers in Thailand, millions of users in rural areas of the country use feature phones with no intentions of upgrading. 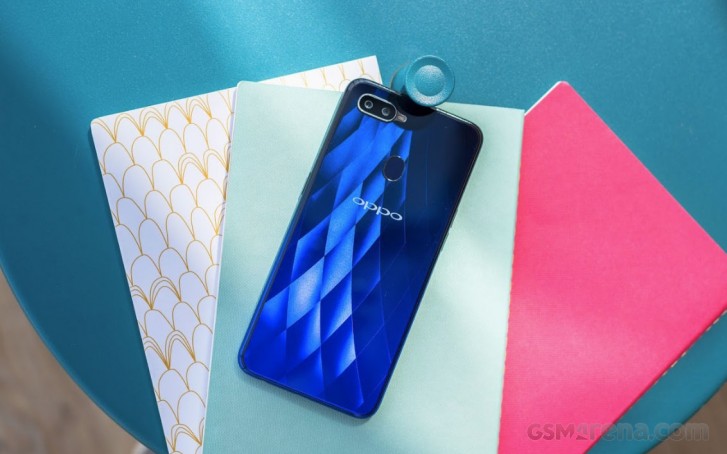 Oppo’s numbers don’t include Realme-branded devices while Huawei’s stats do take Honor devices into consideration. Two-thirds of Oppos total shipments were made up of the A3, F7, and F9 handsets thanks to the phone maker’s heavy investment in local marketing and services over the past five years. Oppo’s challenge remains to attract higher-end users and convince them to switch from Samsung and Apple handsets.

Check out the Source link for the full report from Canalys

Apple's LCD supplier bailed out by Chinese and Taiwanese investors

Nowdays everybody is better than Samsung. Many chinese manufacturers sells equal phones for much less. And noone is interested in buying Samsung mfor their 1000+ price.