Oppo is all set to launch its Find X2 lineup on March 6 but the phone isn't going to be the only star of the show. It's now confirmed that the new flagships will be joined by a Google Wear OS-powered smartwatch that looks a lot like Apple's Watch. 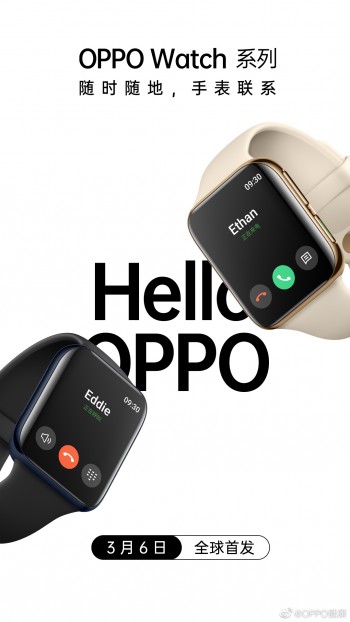 And since Oppo's watch isn't a secret anymore, the company decided to tease the device ahead of launch revealing the two colors - black and gold. We've already seen glimpses of both, but the new teaser gives us a clearer look.

The teaser also confirms that the Oppo Watch will pack a speakerphone and you will be able to talk on it. The two UI shots show incoming call and in-call screen and you can clearly see the loudspeaker icon. We'll get the full details in four days.

What is the price of this

That design is really shameless.