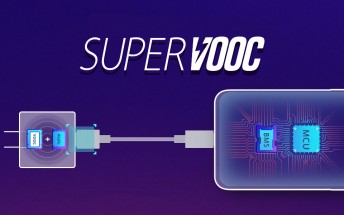 We were quite impressed by the speed of the 50W Super VOOC charging when we tested it, so seeing that Oppo VP Brian Shen is teasing an upgraded version on Weibo made our eyebrows rise.

Apparently, the first device with the revamped Super VOOC will come out this year. It will have a 4,000mAh battery and it will need just minutes for a full charge. How many minutes? Well, thats something that will be revealed later.

The Oppo Find X Lamborghini pushed its 3,400mAh battery from 0% charge to 93% in just 30 minutes (thats with the 50W charger). Theres some speculation about an 80W power rating, but theres no official word yet.

Oppo is working on a new Reno flagship with a 90Hz screen and Super VOOC charging, likely a successor to the Reno 10x zoom, which may be the device in question.

You're right actually. I'm not sure exactly how they do it, but I'm gonna guess that because the heat stays in the brick, they have parallel engines for the charging with circuitry to keep the great under control

Oh yeah, they use dual channel charging. That'll take care of the heat and would be optimized enough to still have fast charging. Still, is it better than the Power Delivery on the Note 10 series?

Agreed, but I think Oppo is using some unique charging design, thicker cables for lower resistance and probably a battery made up of cells that get charged in parallel. I wish I knew how they actually did it though.