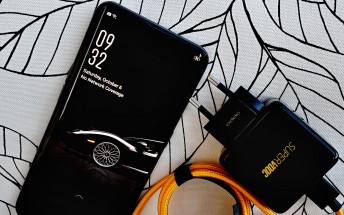 We've just received the ultra-premium version of the Oppo Find X - the Lamborghini Edition. It's essentially a Find X Super Flash Edition but with carbon fiber and Lamborghini-branded back, wireless headphones in the box, a few Lamborghini themes and 512GB internal memory. More importantly, both special editions boast the mobile world's fastest charging technology called SuperVOOC - a successor to the popular VOOC charging by Oppo. The SuperVOOC standard will also be present on the Oppo R17 Pro once that's released. But is the new SuperVOOC standard so great? Well, according to the manufacturer, the Find X Lamborghini Edition's 3,400 mAh battery can go from 0 to 100% in just 35 minutes, thanks to a charger going as high as 50W. And while it may sound crazy, we've tested it and can confirm that the charger really does fill up a flat battery in just 35 minutes. We've provided you with a graph to see how it performs. 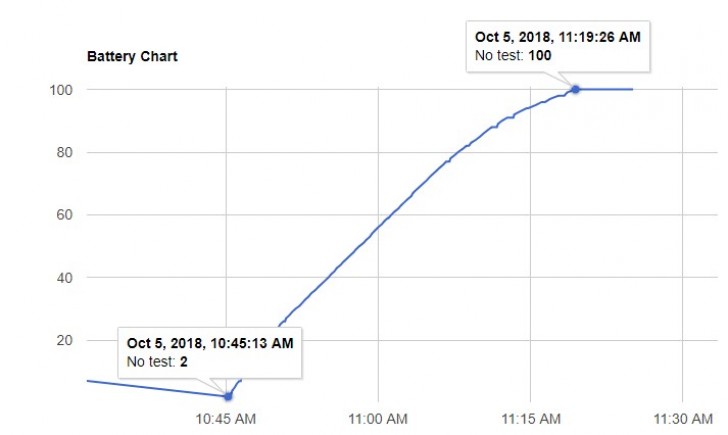 Of course, to keep your battery healthy, the last few percentages are slower to fill up, because that would otherwise degrade the cells faster over time. So in a real world scenario, if you need to charge your phone quickly on the go, the phone would have to spend just a few minutes on the brick to go between 20 and 80%. To top it off, the trickle charge kicks in by lowering the voltage and thus reducing the heat generation for the last mile. 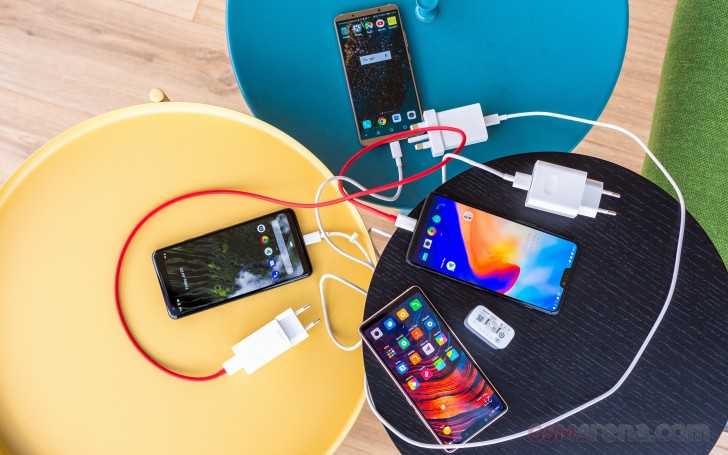 We will get back to you with more detailed stats about how the charger handles the wattage during the whole 35-minute charging period but for now, it's enough to let you know that the 10V/5A charger is every bit as fast as Oppo promises. 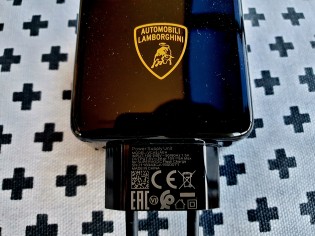 But how can Oppo charge the phone at such a high voltage without producing too much heat in the battery? Even some laptop chargers cap at 40W and this is a small battery, crammed inside of a phone. Just like the standard VOOC charging technology, the electric conversion happens inside of the charging brick, which is the main source of the heat. Also, it works at 5V rather than the higher voltages of Quick Charge or Power Delivery so it generates much less heat.

As another great side bonus of this Super VOOC approach is that it doesn't take more time for the phone to charge while you are using it for watching videos, web browsing and even gaming - it keeps the same pace as if the screen were turned off. 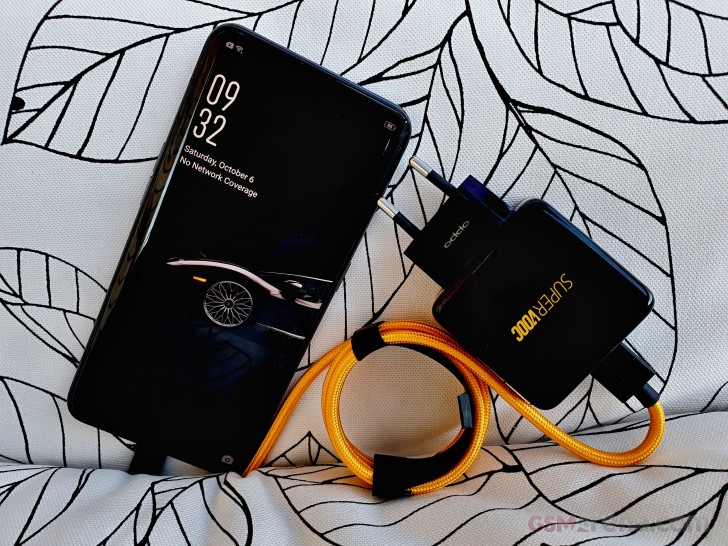 So how does that compare to the other competing charging technologies on the market? Well, just for giggles let's put it against the iPhone XS Max - after all the 512GB Lamborghini Edition and Apple's latest flagship with the same storage cost just about the same. Also, we've thrown the OnePlus 6 into the mix, since it adopts the so-called Dash charging technology, which is practically identical to Oppo's VOOC charge. It would be great to see how SuperVOOC stacks up against the previous generation. Of course, we couldn't miss adding other competing fast charging technologies like Huawei's SuperCharge, Qualcomm's Quick Charge 3 (since Quick Charge 4+ chargers aren't available yet) and the free-for-all Power Delivery over USB-C, that's currently used by Google Pixel phones.

As you can see from the graph, the new SuperVOOC technology just obliterates the competition and easily comes out on top of the pack. The iPhone XS Max puts in an embarrassing performance, but then we knew what to expect from a 5W charger. Fun fact: If you charge your iPhone wirelessly using a fast wireless charger, you will get around 7.5W of output, which would be faster than the wired charger included in the box. Just let that sink in.

Huawei's latest fast charging tech might be the fastest yet

I won't assume that they use "ordinary" lithium battery for this set-up unless they wanted to be the next Note 7 tragedy. Your computations might be true on a perfect world with no coversion loss and totally disregarding battery resistance.

What does Samsung have to do with this?