Oppo is now the top smartphone player in China, according to the latest report from market research firm IDC. The company shipped a total of 78.4 million units in 2016, which translates into 16.8% share of the market. 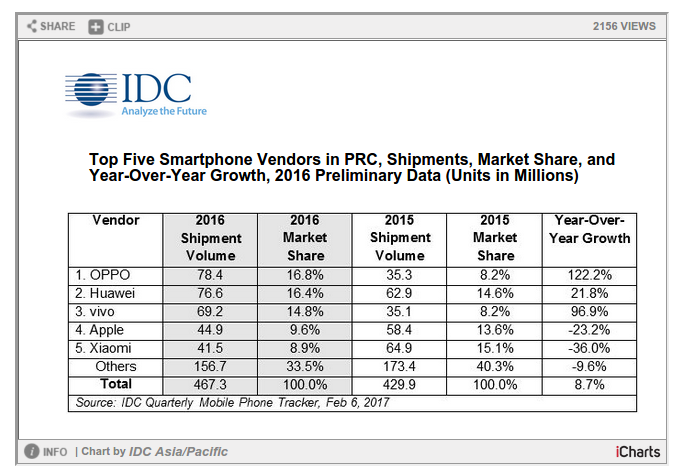 Huawei came in second with a shipment figure of 76.6 million units and market share of 16.4%. The third spot was captured by vivo, which shipped 69.2 million unis claiming 14.8% of the market. Oppo, Huawei, and vivo combined captured nearly half of the country's market 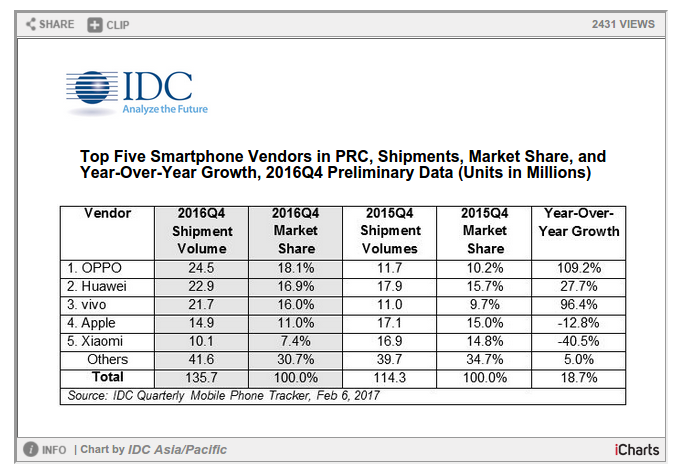 "Increased dependence on mobile apps has led to consumers to seek phone upgrades, thus helping drive the large growth in 2016 Q4," the report said. "In lower tiered cities, there was a similar demand by consumers, which OPPO and vivo met by aggressively pushing mid-range smartphones in these cities."

Oppo reportedly set to enter US smartphone market by year-end

Look at the IDC charts and their rankings/performances. This is one of the reasons, why Hugo Barar was leaving Xiaomi urgently.