Alongside Oppo’s Find X2 series, tomorrow will see the debut of Oppo’s first smartwatch entry - the Oppo Watch. We’ve been seeing plenty of teasers about it in the past couple of months and now Chinese tipster Digital Chat Station reveals the smart wearable’s key specs. 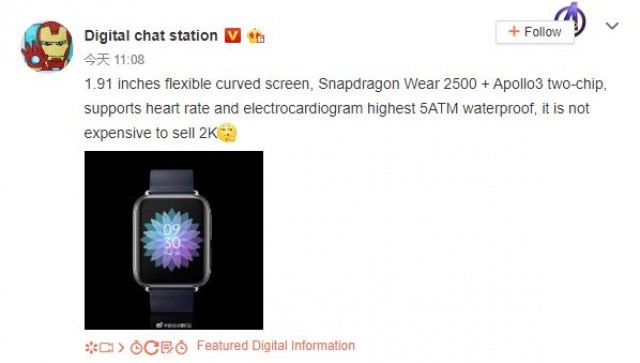 As previously detailed, we should be getting a curved 1.91-inch OLED panel with 326ppi covering 100% of the DCI-P3 color gamut. The Oppo Watch will come with the Snapdragon Wear 2500 chipset alongside the Apollo 3 co-processor. The device will also carry a heart-rate monitor, electrocardiogram (ECG) sensor and 5ATM water resistance. 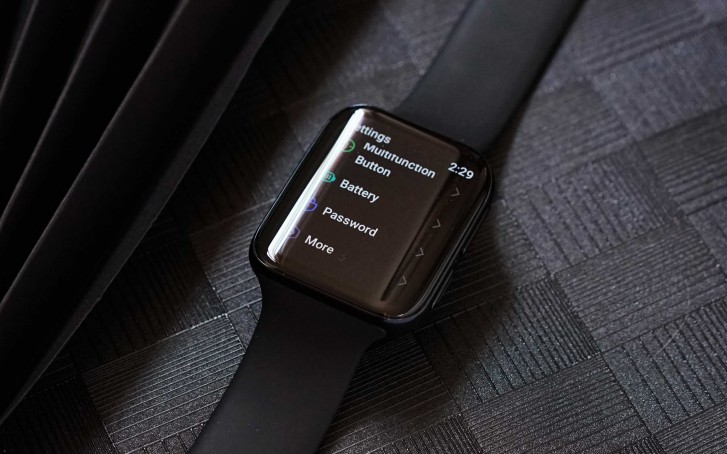 The software front will be covered by Google's Wear OS and the watch will offer a speakerphone for voice calls as teased in a previous poster. The Oppo Watch is expected to appear in black, white and gold colors while pricing is believed to be around CNY 2,000 ($288).

Any idea if the Xiaomi T-Rex is available somewhere in the market. Have been looking for it but couldn't find it.

Also the wear 2500 is a big let down. Best case it'll be bundled in future Oppo phones. Atleast Huami keeps it prices reasonable.

"price is a bit to high for non android smart watch" You do realize it says android wear in the news, don't you? and who browses the web on a smart watch anyway? Also, i was thrown off at first by the preposterous 4" screen suggestion but t...