Realme launched three Q2 smartphones in October , and the trio has reached 1 million sales six months after its arrival. The announcement was made by the company on Weibo, and it has also revealed the Q3 family is “coming soon”. 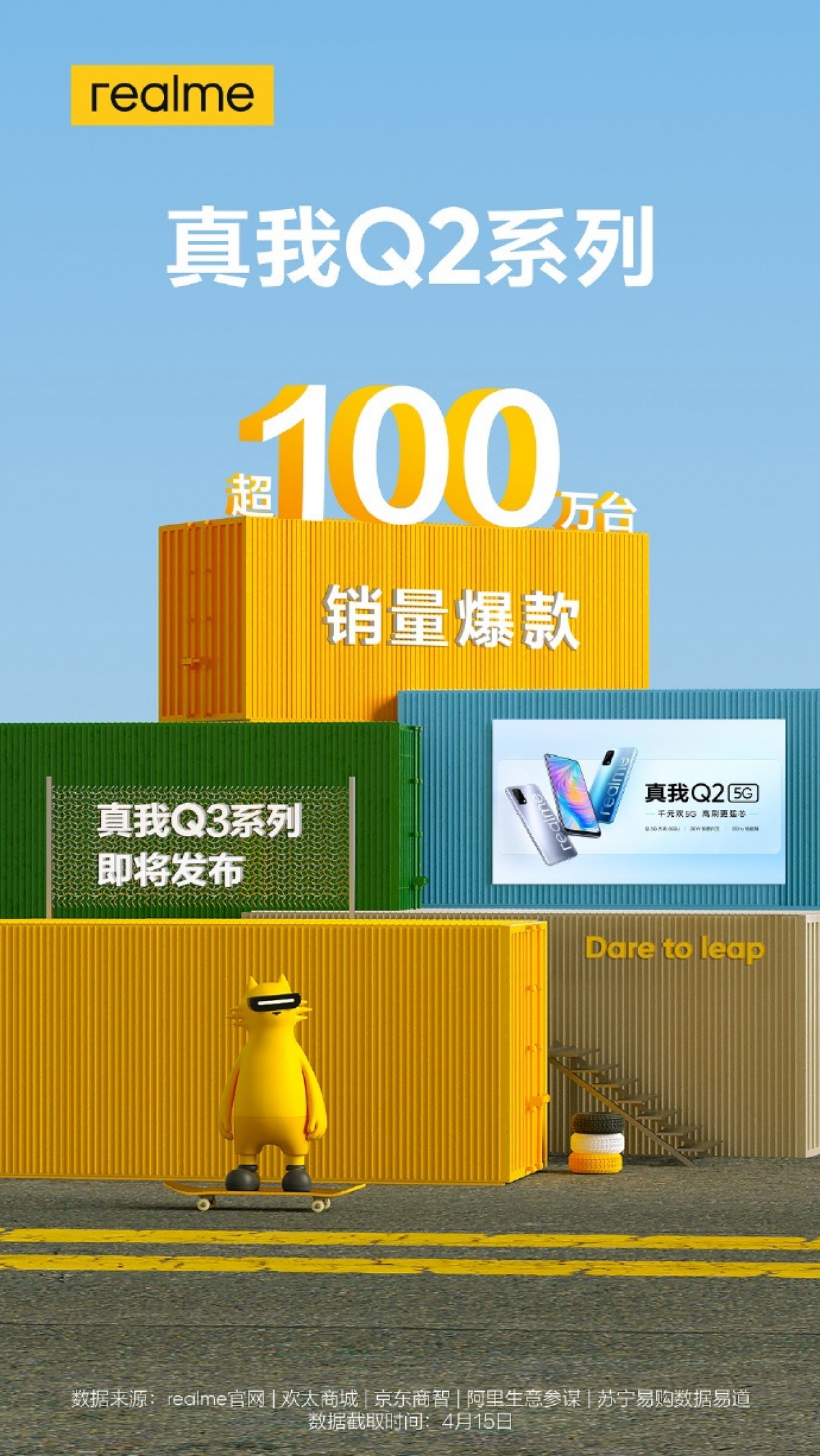 The Realme Q2 series is exclusive to Chinay, but the vanilla Realme Q2 5G is also available elsewhere as the Narzo 30 Pro 5G. The Realme Q2i also had an alternative name - Realme V3 - but that one is also China-bound and merely meant for the offline retail channels.

There isn’t much information about what devices the Q3 lineup will include, but we’re pretty sure all of them will be 5G-enabled. Realme does not like keeping secrets, so we’re sure it will start teasing key specs and features of the phones rather soon.

I already have nightmares about the "dare to leap" logo.

Realme have been letting me down lately, just not as impressive as a year or 2 ago.

At least the phones released by Samsung and Xiaomi are improvement over previous models. But for Realme, all new models released so far are downgrade or no improvement i.e. Realme 7 5G uses Dimensity 800 vs Realme 8 5G using Dimensity 700.