OnePlus just pushed an update to OxygenOS 5.1.9 for its latest flagship, the OnePlus 6, and it's pretty similar to the one introduced in the Open Beta version of the OS for the OnePlus 5 and OnePlus 5T yesterday. It should finally address the well-known camera issue producing the so-called "oil painting effect". 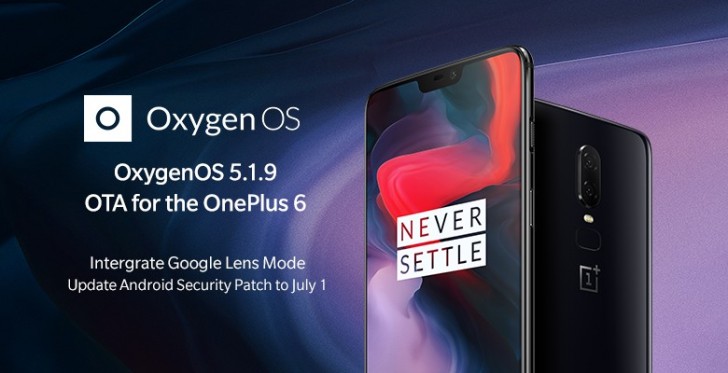 Presumably, the update will also optimize the overall image quality as well but we wonder if DxOMark tested the device with the new update or missed it by a few days.

Onto the software now. Some users were experiencing accidental triggers of the "V" gesture so it's fixed now. The patch adds support for Telia Finland VoLTE and VoWiFi. Speaking of, WiFi connections should be more stable now and so should be Bluetooth connections for cars.

Along with all this, the changelog says the usual "general bug fixes and improvements" but more importantly, OnePlus has included Google's July security patch.

OnePlus 3 and 3T get their final OxygenOS open beta builds

Have they fixed the screen asymmetry when you hide the notch?

Great quality camera, letdown by the strong oversharpening and hard noise reduction causing the oil painting effects, both in photos and video recording. Good thing Oneplus listen to their customers about that matter.

Use VPN and set location to Canada 🍁