Want to treat yourself to a shiny new wearable gadget this year? Or perhaps you wouldn't mind some early shopping for the upcoming holiday season? Well, a brand new, sealed, second generation, 45mm Moto 360 Sport for $119.99 is a hard offer to currently beat.

Daily Steals has the listing and promises to keep it up over the next three days. So, you even have some time to think. Mind you, this is a whopping $160 down from the retail price tag, although Motorola is selling it at $200, flat. And we know November 25 is right around the corner and Black Friday deals will start pouring left and right (in fact, some already have), but this is still a steal as far as we are concerned.

To avoid any possible confusion, the Moto 360 Sport variant at hand is actually the only sporty variant of Motorola's wearable available to date. That essentially makes it a first generation product, but the 2nd gen notation is also accurate in a way, since the device is based on the second generation Moto 360 hardware. 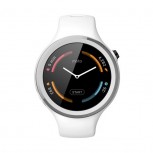 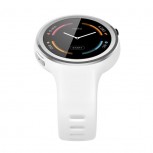 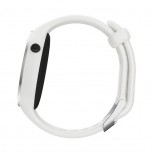 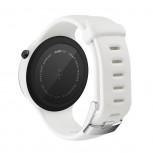 That includes a 1.37-inch "flat tire" display, as is has come to be known, with a resolution of 360 x 325 pixels. Inside is a Snapdragon 400 SoC, 512 MB of RAM, 4 GB of internal storage and unlike most of its siblings - GPS as well. That makes it great for outdoor activity tracking. Of course, there is also Wi-Fi, Bluetooth and an IP67 rating for dust resistance and water, up to a meter and 30 minutes at a time. It is all tied together by Google's own Android Wear OS.

This should have been the launching price and now it should sell for something like 80 bucks or something.

how about battery life?....does it last just for 24 hours.

This is how much it should cost. if it were available in Europe, i'd buy it.