Pink Xiaomi Mi Note 2 might be on the way

The Mi Note 2 is still Xiaomi's top of the line phablet, and it looks like it might be getting a new color option soon. So far, the Chinese company has announced three hues for the handset, namely black, silver, and gold. But these may be joined by another one in the near future.

A Weibo user has leaked the image you can see below, which is said to depict the Mi Note 2 in the yet-unreleased Cherry Pink color version. It's unclear when exactly this will become available in China (where the leak originates), or whether it will ever make it to other markets. 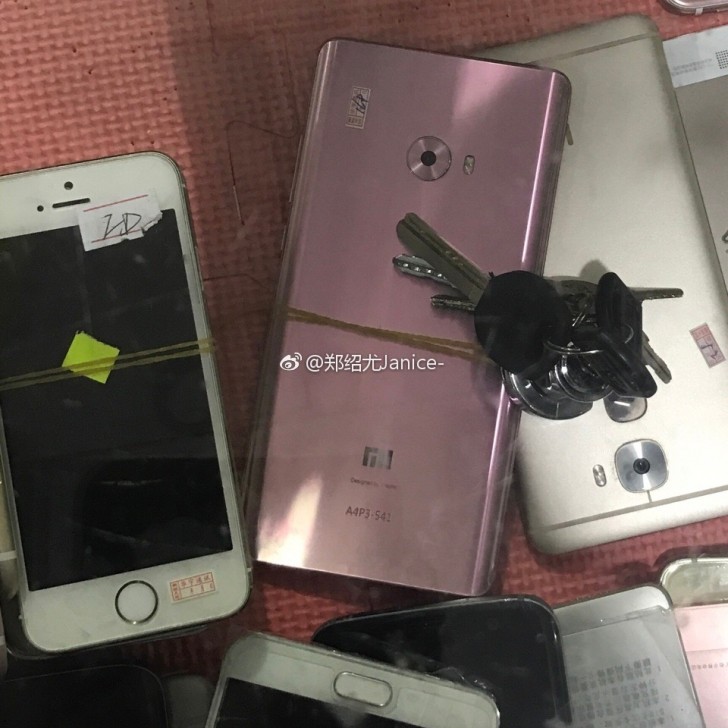 It's also a possibility that what you're looking at is a fake - either not a Xiaomi device at all and just a knock-off, or simply a fake back that is made to look like the Mi Note 2. It's impossible to tell if it's real from this shot alone, and this image is all we get for now. So don't get your hopes up, but know that there is a chance that Xiaomi is working on a pink phablet to bring to a store near you at some point.

If it becomes reality, the phone will have the exact same innards as the other color variations (with 4GB of RAM and 64GB of storage), and the same CNY 2,799 price ($404 or €378 at the current exchange rates).

I honestly don't like the look of this phone (well, not in this colour atleast)

Kind of looks nice. I always liked the Mi Note 2's design, to be honest.

Technician for repairing? Is this how they treat our lovely phone? Oh, no. Look at that keys over there. They stack phone on top of each other. They are scratching the phone. Very irresponsible.