Water resistance is something so trivial, yet it makes a significant difference with a smartphone experience. It can be the difference between a smartphone surviving a rainstorm, VS a smartphone getting fried by the moisture in the bathroom after a hot shower.

Android Police reports from a reliable source that the Pixel phones will both be IP53-certified for protection against water being sprayed at low pressure at up to about 60 degrees from vertical. This is the same rating that was given to the HTC 10. With that being said, the report seems quite likely. 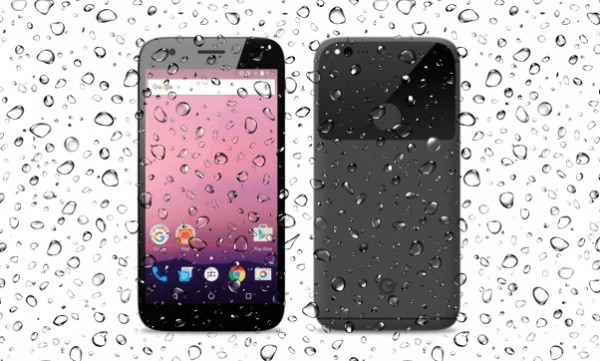 To put it in simpler terms, this means that the Pixel phones will likely be just fine if you have to make a phone call or request an Uber in pouring rain, provided that the phone is in an upright position when exposed to water. The phone would not be able to withstand full submersion underwater as it’s speakers, ports, or buttons may not have been designed to keep all water out, but the occasional bit of moisture should be just fine.

With Apple now making the iPhone 7 and 7 Plus IP67-certified, other phone makers who don’t already make water-resistant devices, will soon be feeling the pressure. While it’s a minor bummer that the Pixel phones won’t be fully submergible, to-be Pixel owners can at least have peace of mind that their smartphones are much more likely to survive a toilet-bowl drop or occasional spill than a smartphone with no immersion protection certification at all.

by that logic, the nexus 6p(angler) and 5x (bullhead) shouldve also had water resistance

Lmao I busted out laughing.

I knew it, I was waiting for this news. Since the new Nexus phone code name is "Sailfish and Marlin" I had strong doubt it being water resistance.