The apex of power - the Poco F4 GT steps on the scene with no shortage of boldness in its tagline. It's not unfounded - the latest chipset and super-fast charging do project an image of power, but there's also a playful side to it - you get shoulder triggers for in-game action, as well as a quad-driver speaker setup for richer tunes.

Having already lived a parallel life in China as the Redmi K50 Gaming since earlier this year, the Poco F4 GT is hardly a surprise feature-wise, but it brings a rather unique feature set to global markets without explicitly putting the 'gaming' label on itself. The magnetic pop-up buttons do offer gaming-specific functionality and can also serve as shortcuts in general use. They'd possibly make for great fidget toys, too. 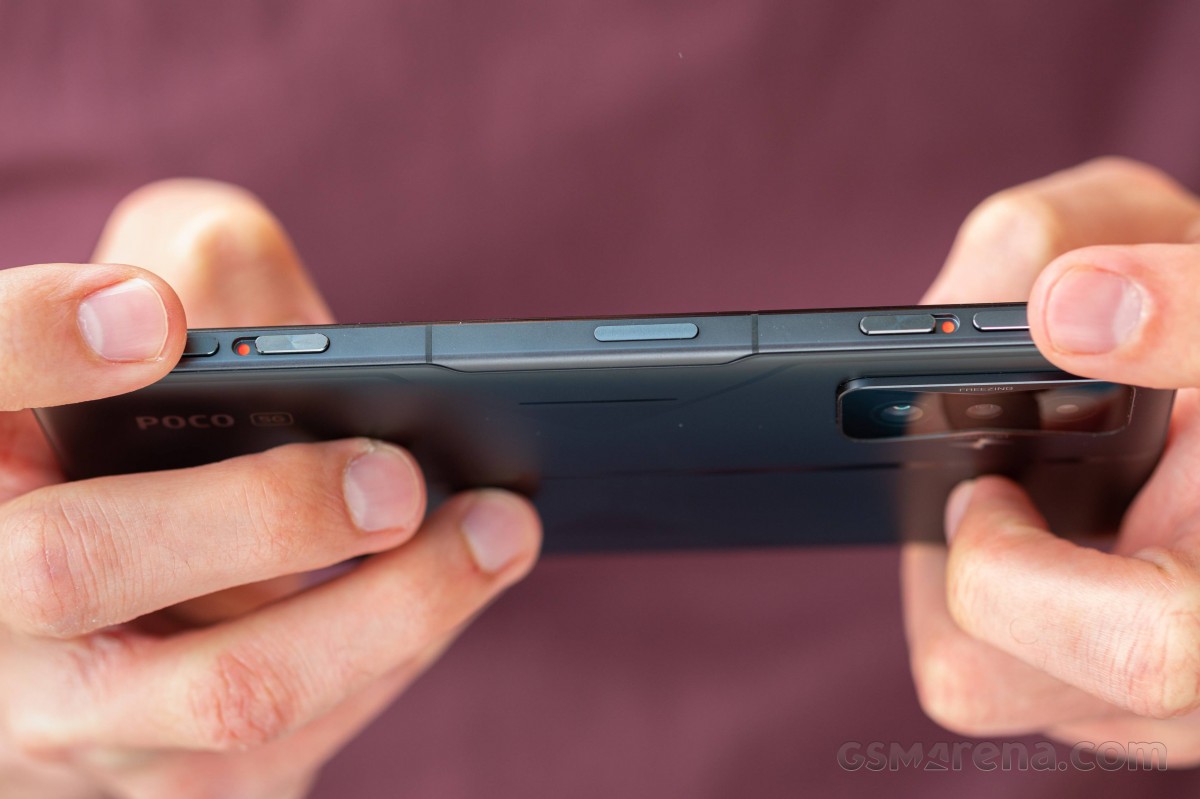 The Snapdragon 8 Gen 1 itself should be great for gaming, but its performance doesn't discriminate - arguably the apex Android chip at the moment, it fits the promotional narrative well. It's backed by an advanced cooling system, minus the fans some 'gaming' phones throw into the mix, further cementing the F4 GT's position as more of a crossover than a competitor of the Red Magics and Black Sharks of the world.

The power theme continues into the charging section. Xiaomi's beefiest 120W adapter is in the box, and the spec sheet promises a 17-minute full charge. We'll see about that.

With all that focus on power, something had to give, and the F4 GT's camera system is not quite up to the same high standard. It does cover the basics with a 64MP main unit and an unassuming 8MP ultrawide, but it's hardly cameraphone material.

The F4 GT ships in a two-piece cardboard box that's the usual Poco mix of yellow and black. The black is not a solid color now, though - it has an added touch of a fine carbon fiber pattern. So while there's no 'gaming' in the name, there's a hint of the aesthetic. 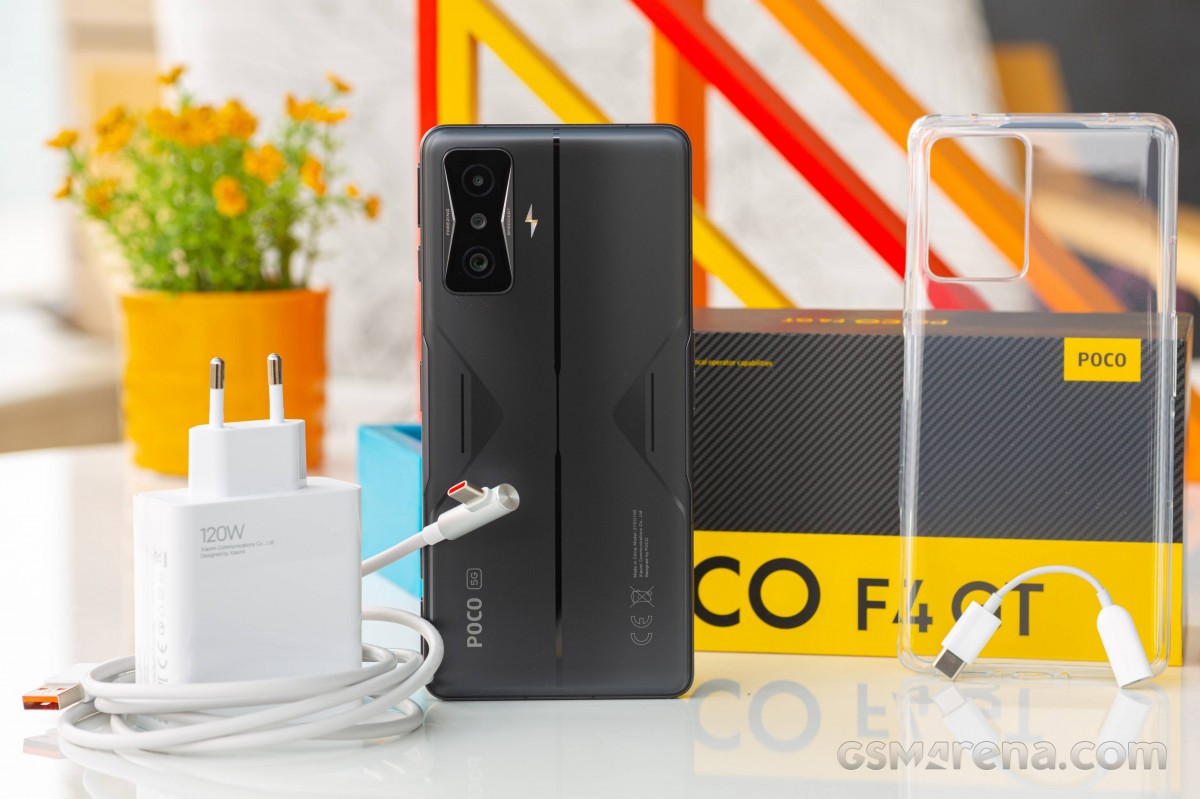 Some extra effort has gone into the accessories, too. The cable for that 120W HyperCharge adapter has a fancy L-shaped plug encased in aluminum - pretty nice out of context, but also functional. The rationale behind the shape is that the cable gets out of the way when you end up having to power the phone amid prolonged gaming sessions. It's also a premium touch that would have been welcome on the proper Xiaomi flagships like the 12 and 12 Pro. Oh, and it's a 1.5m long cable in a world where 1m is the norm. 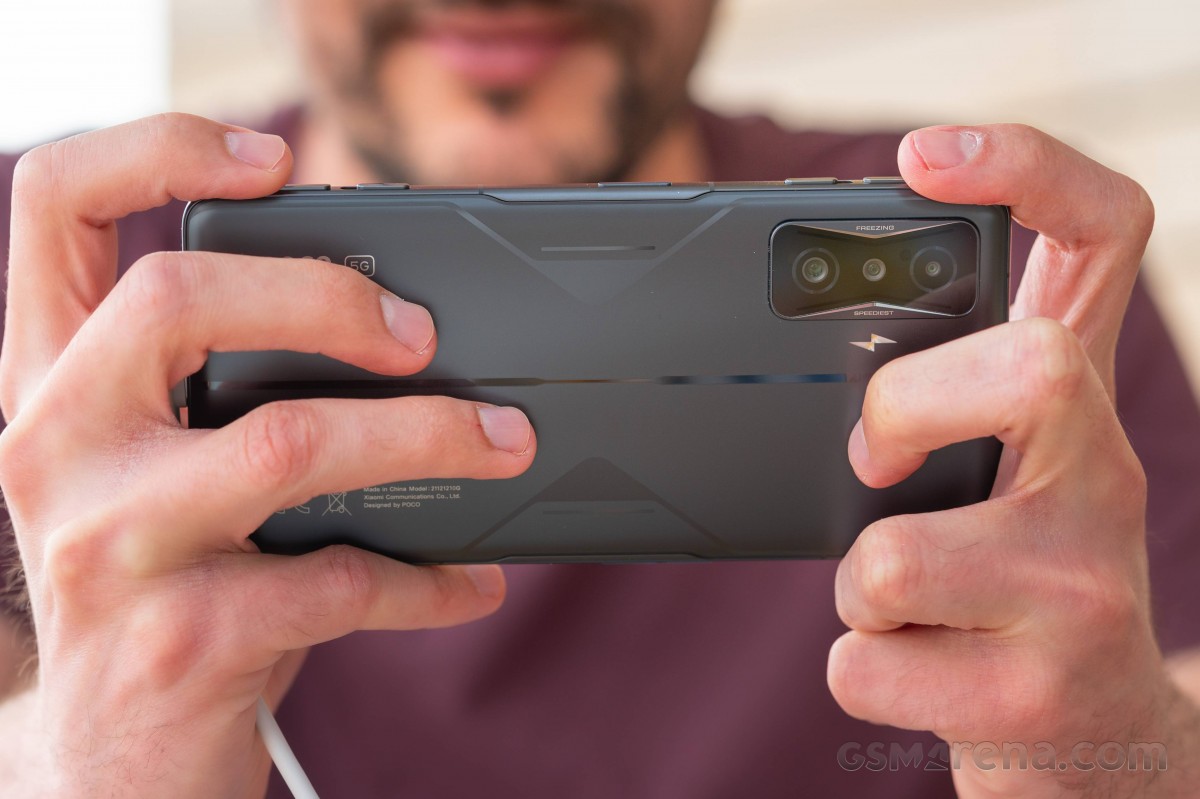 There's a USB-C-to-3.5mm dongle in the box, too - that's an item we haven't seen bundled in a while. More commonly included, the transparent silicone case is nowhere as fancy as the cable, but some protection out of the box is better than none at all.

Hi Bro, try to make sure you don't have too many apps open in the background, learning to debloat the phone might also be a good idea, gets rid of spyware and CPU hogging apps in the background

from what I know from my tech friends, it seems to be a manufacturing issue that the cooling solution wasn't mounted on the SoC properly. the SD8Gen1 is quite a terrible chipset and has really been a letdown for Androids in 2022, but the blame s...

How did they get 11+ hours on this phone. I'm getting less than 4 hours of screen on time. Horrible phone! If anyone knows how to solve this problem, find me on twitter. My nick here is my @ there. Thanks