Despite the handful of replaced bits, the Poco M4 Pro isn't a hugely different-looking smartphone compared to the 5G version. That's largely thanks to the deliberately accentuated camera island that's become something of a defining trait of recent Pocos. 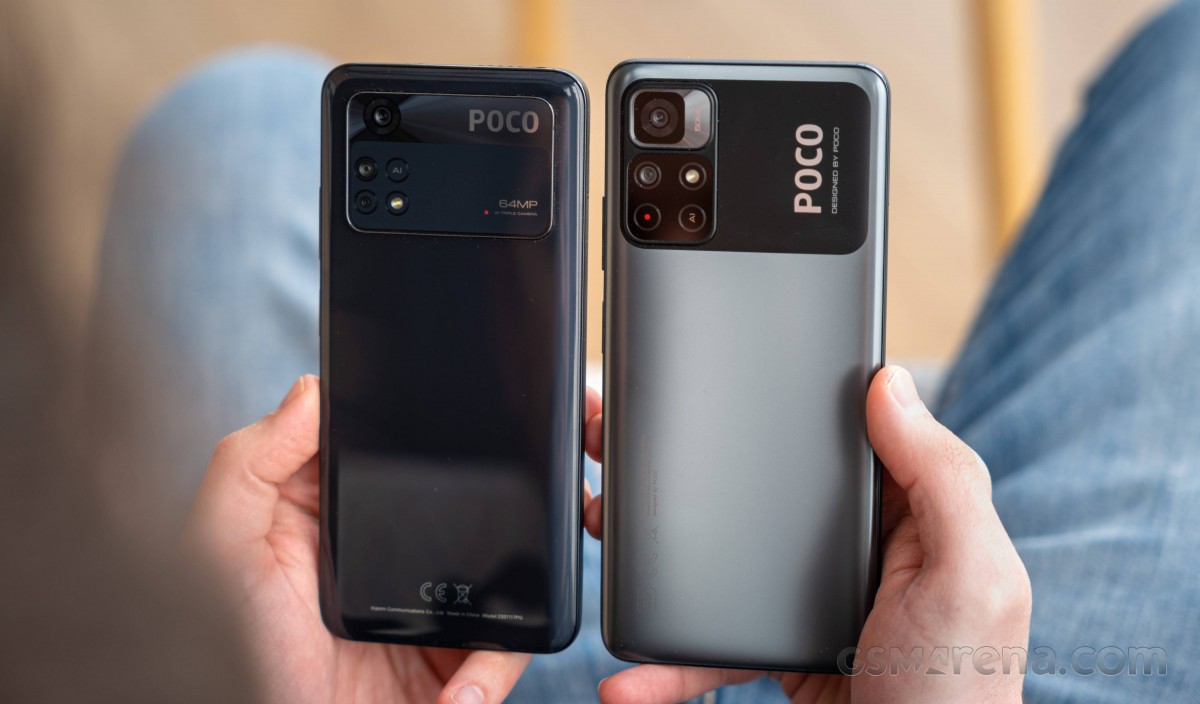 Having said that, on the 5G version we were looking at just a matte black paintjob of an accent, with only the actual camera portion raised up from the back. Here, things have been taken a notch up, and the M4 Pro's oversized plate takes up the entire top quarter of the back and evokes Mi 11 Ultra vibes - minus the display and industry-leading cameras inside, of course. The Poco X4 Pro shares this design as well.

For a more conservatively styled take on a similar set of hardware, you can have a look at the Redmi 11S, arguably the Poco M4 Pro's closest relative from the sister brand. 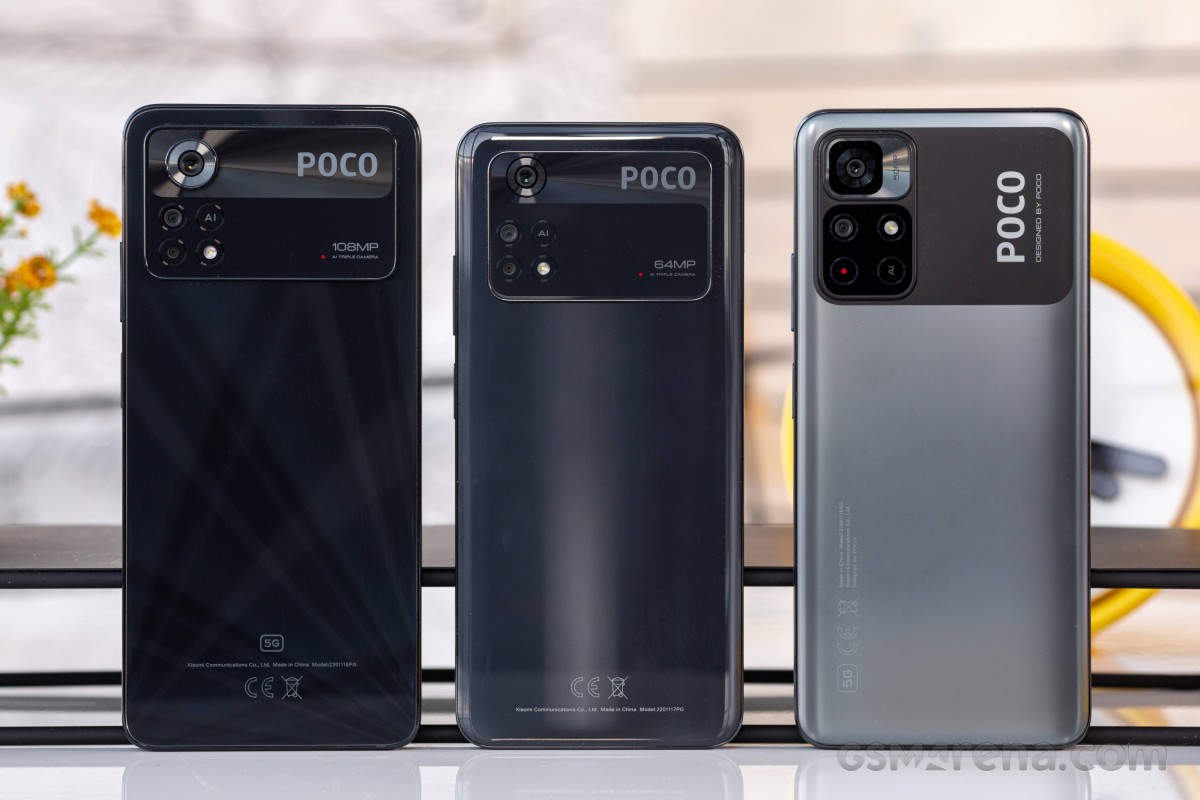 The phone's rear panel is made of plastic and has a glossy finish. That only applies to the Phantom Black colorway of our review unit, however, with both the Cool Blue and signature Poco Yellow sporting satin finished back panels. We reckon they will definitely do a better job of keeping fingerprints at bay - this one is way too welcoming to them. On the flipside, the other colorways will likely be more slippery than the black one - the bundled case is the universal equalizer. 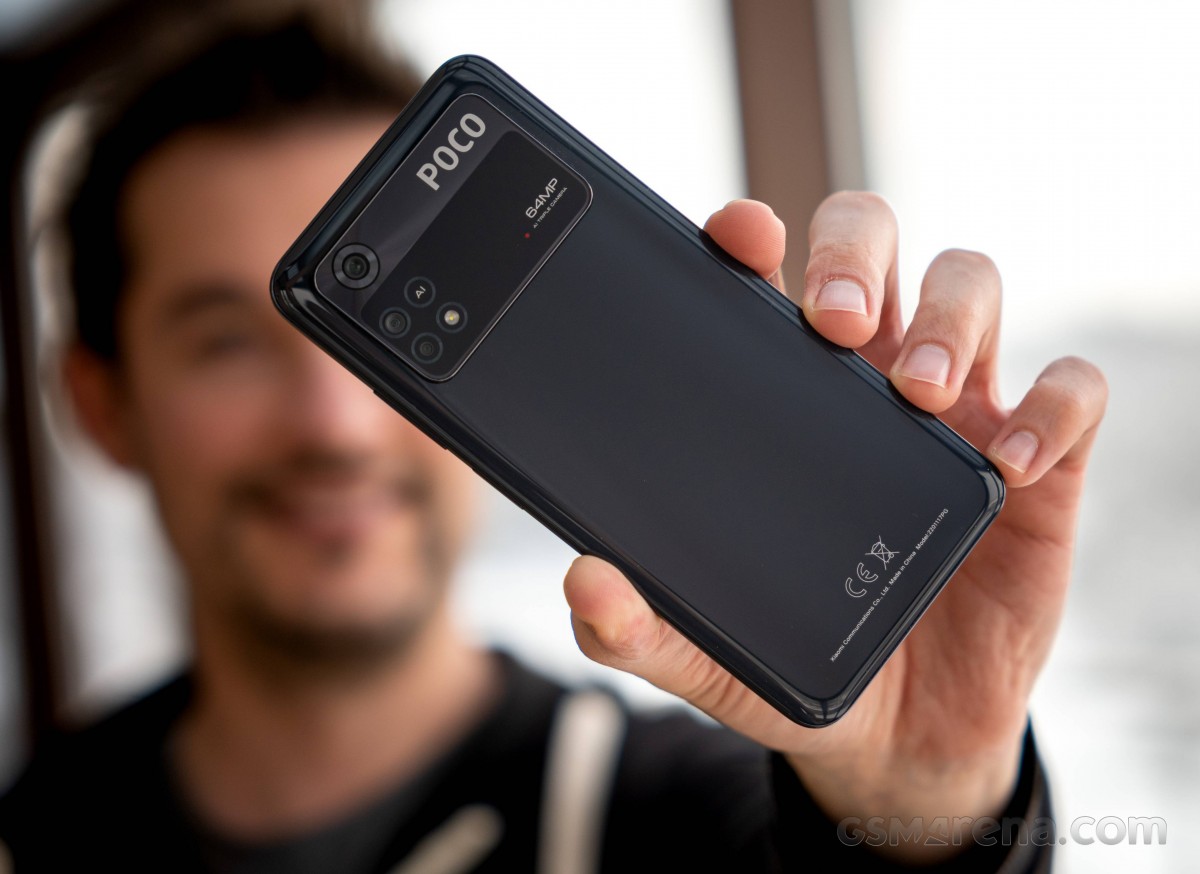 The exposed parts of the midframe are plastic as well, and they do have a matte treatment. The sides are nicely flat, offering ample gripping area.

The right side of the phone is home to the power button, with a capacitive fingerprint sensor embedded. We found it to work equally well with either the left index finger or the right thumb, and it's one of the easier ones to access with the left digit, thanks to its relatively lower position.

As is usual on MIUI smartphones, you get the option to require a press for fingerprint recognition, which should help with accidental touches.

The volume rocker is above the fingerprint reader, and all three operate with reassuring click action. 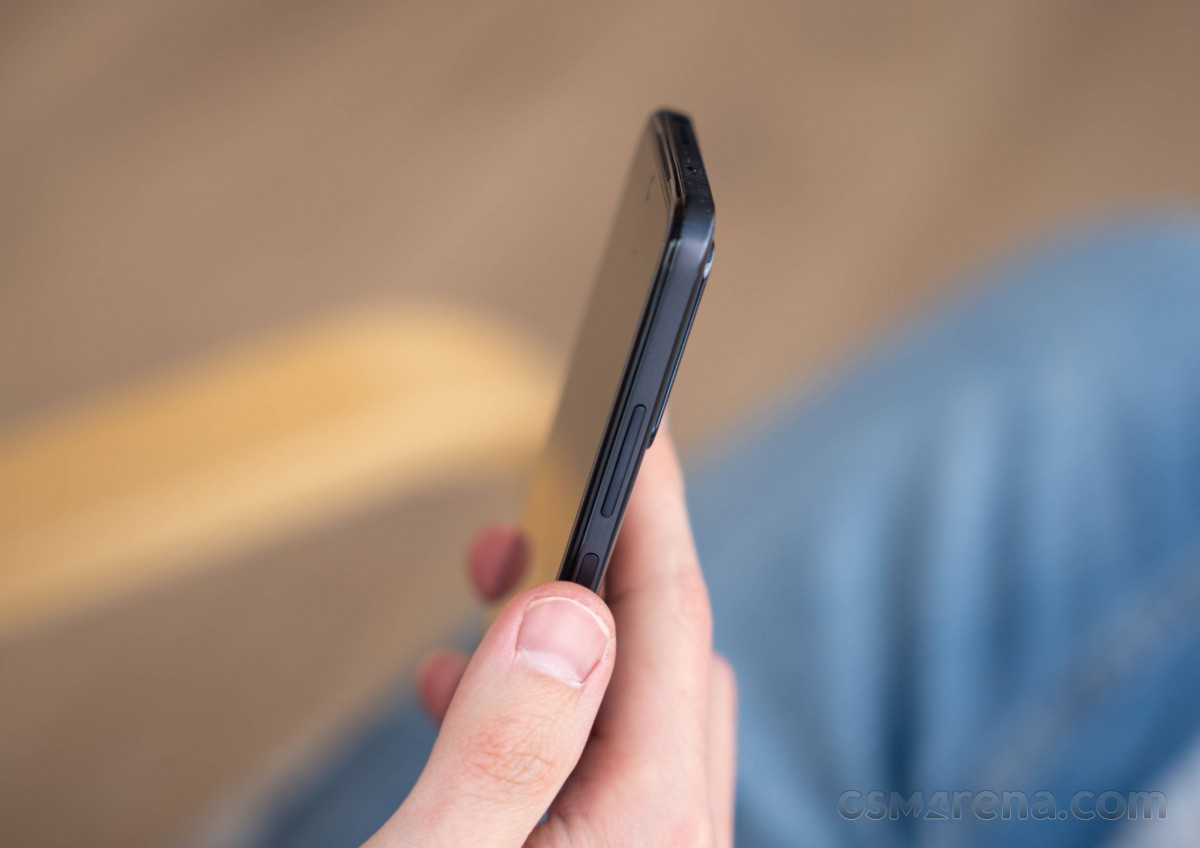 On the opposite side of the phone, you'll find the card slot. It's a most versatile variant and will accommodate two nano SIMs and a microSD at the same time, if you have use for all three. Note the gasket - it's part of the measures ensuring the IP53 rating for splash resistance. 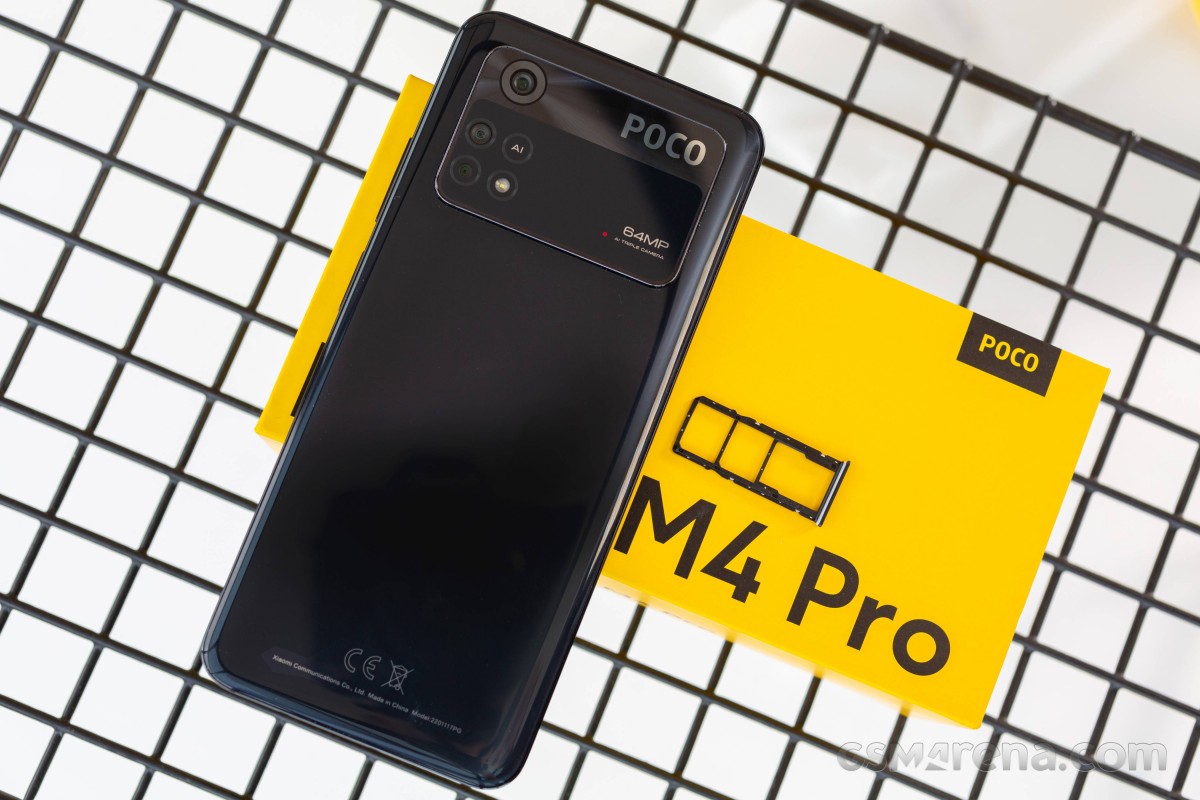 Two more features us older folk tend to appreciate can be spotted on the top of the phone - a 3.5mm headphone jack and an infrared emitter. Also here you'll find a secondary mic and the loudspeaker grille of the top speaker/earpiece.

The USB-C port is down on the bottom, joined by the primary loudspeaker and the primary mic. We seem to remember preferring this region for our headphone jacks, but a top-mounted one remains better than none. 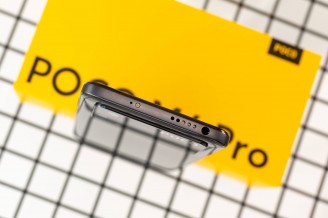 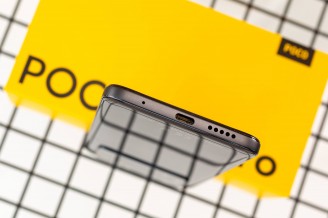 The front of the phone sees the 6.43-inch OLED display surrounded by nicely slim bezels - for a phone in this price bracket, that is. Budget considerations still allowed for a layer of Gorilla Glass 3, or at least our press materials say so, even if the official specs remain mum about it. There's still a factory-applied plastic screen protector, just in case. 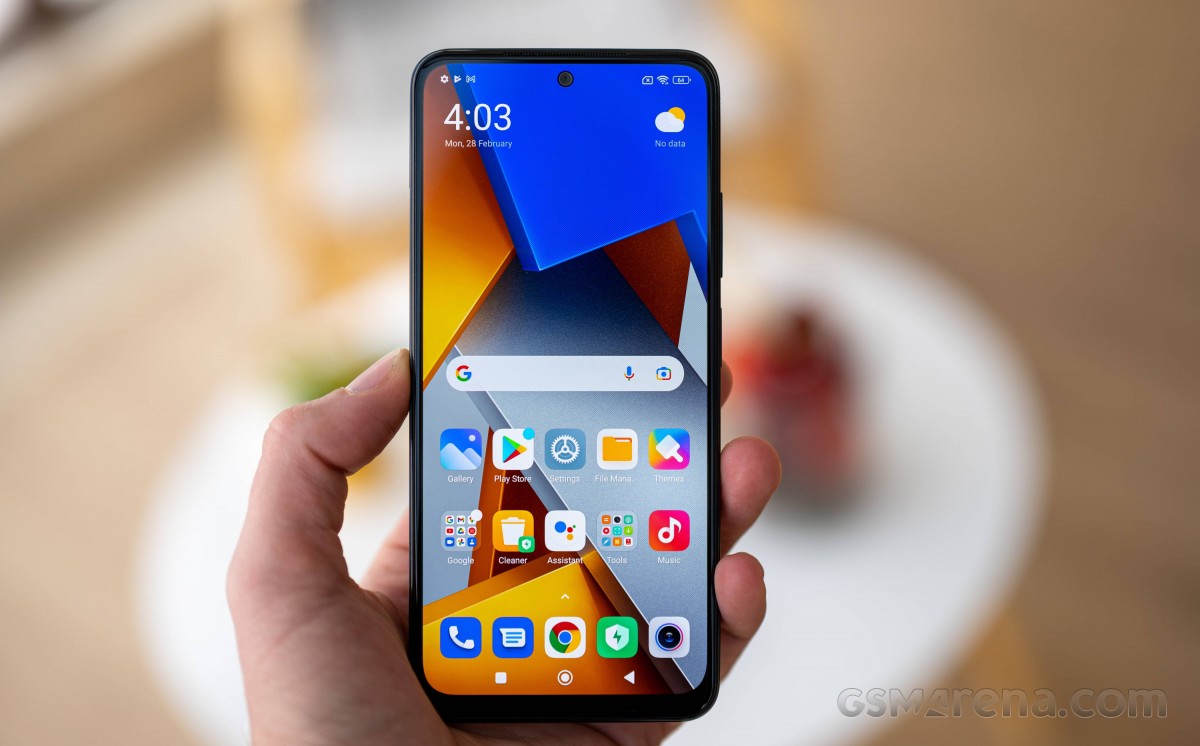 The selfie camera is in a punch-hole cutout in the top center, and that too is pretty small. The earpiece, meanwhile, gets a tiny mesh where the display glass meets the frame. 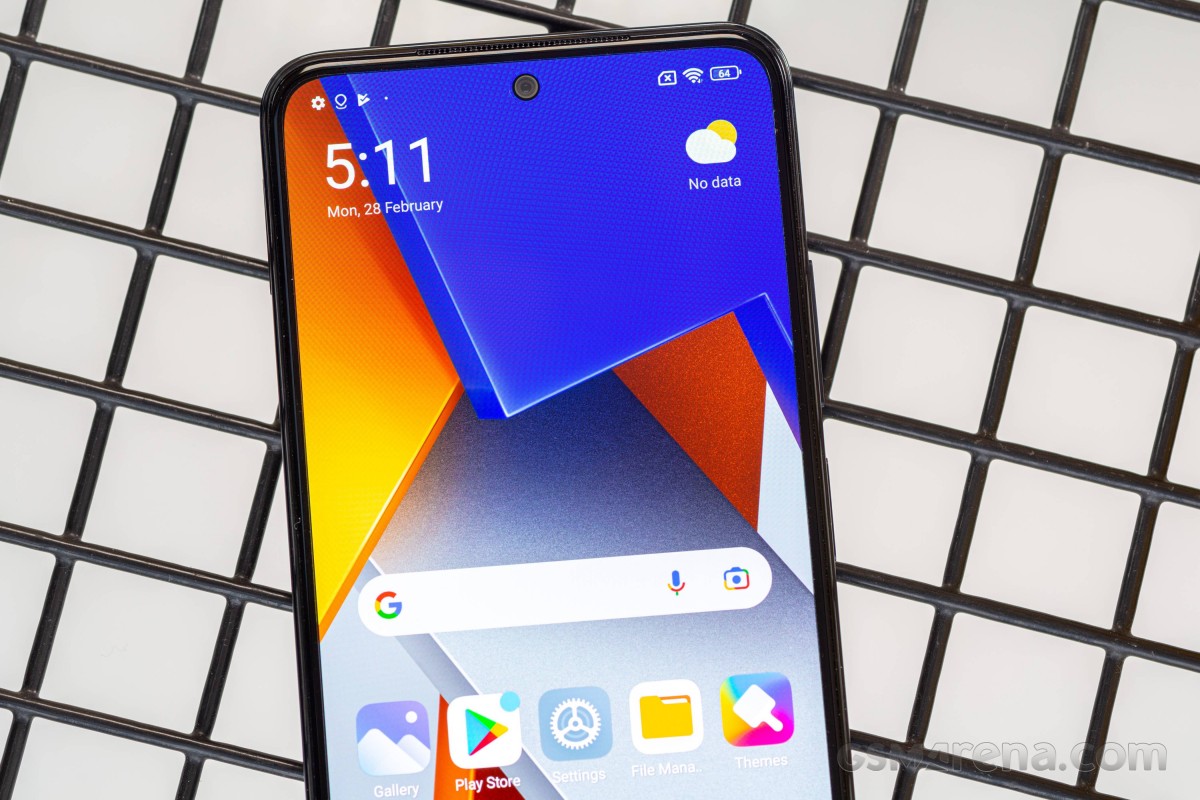 The Poco M4 Pro measures 159.9 x 73.9 x 8.1 mm and weighs 180g, making it one of the just barely more compact offerings in the segment, alongside a Galaxy A32 and a handful of ever so slightly different Redmi Note 11s (and smaller than the other half of them, there's a dozen). 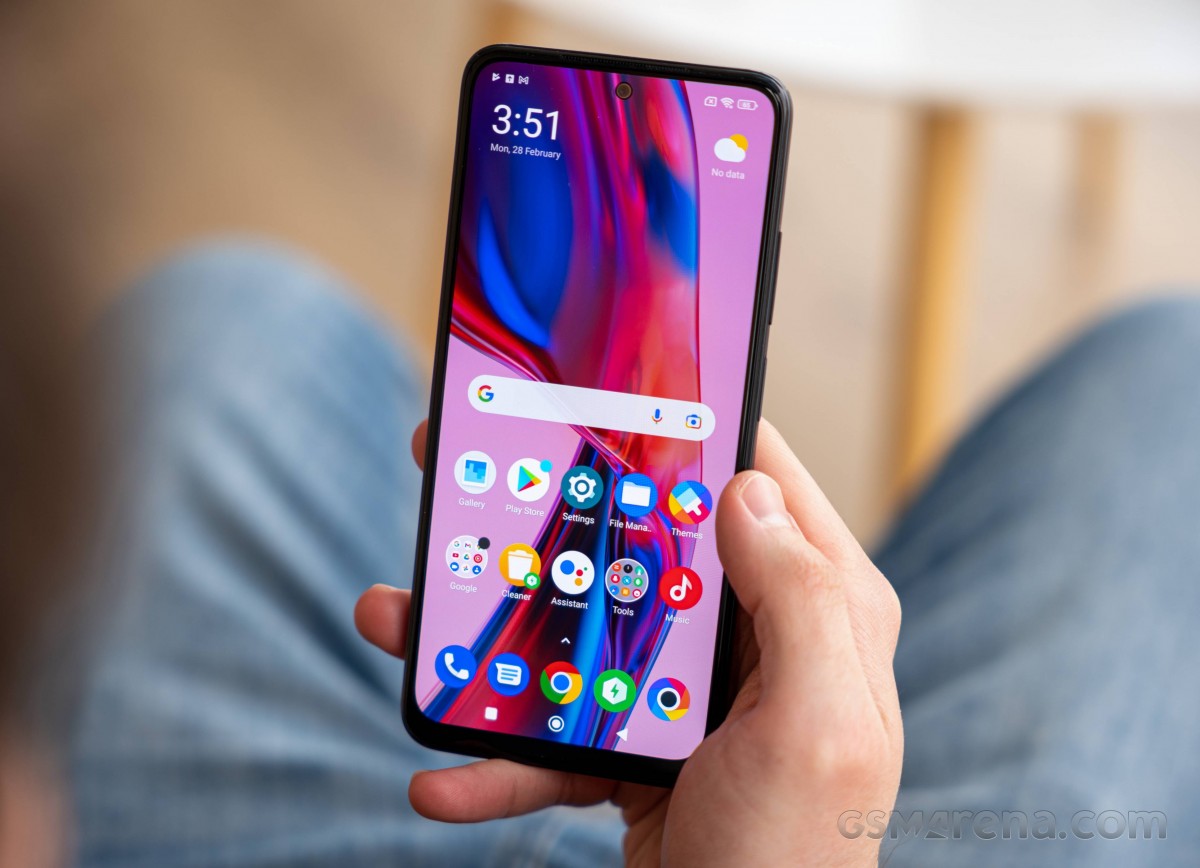 The 6.43-inch display is hardly limiting in size next to 6.7-inch competitors, while the extra bulk of going up a size can be felt if you're trying to shave millimeters. Then again, if you don't mind the 25-ish grams of added heft and larger footprint, it's hard to argue with a bigger display.

Which Chinese phone has a very good light sensor please?