The Realme 2 and Realme C1 were announced at the end of August at INR 9,000 and INR 7,000 respectively. Those prices didn’t last, however, they’ve been bumped up.

Note that these prices are still listed as discounts from the MSRP – INR 10,000 for the base Realme 2 and INR 9,000 for the C1. This means that further increases in price are quite possible. 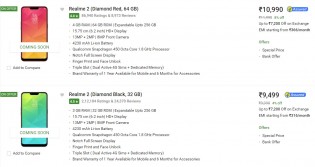 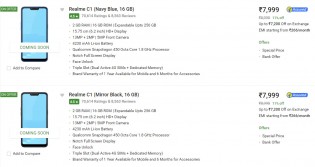 The revised prices of Realme 2 and Realme C1 at Flipkart

A few days ago Realme’s CEO tweeted that “rupee rates are falling”. Components for mobile phones are bought in USD, so conversion rates can have a huge impact on a company working on razor-thin margins.

realme is best branded phone. i like realme 2 pro very much.

Yeah you should be appointed as finance minister as soon as possible. Look at the world economy, reason for the rupee fall is the trade war between US and china. You people are the best at blaming others.

So much for budget phone. Lol. Increased price.