The LG G5 was one of the boldest phones at the MWC - modular design, two cameras, smaller than its predecessor and with micro-dized exterior to hide the antennas.

Unfortunately for the company the consumers did not respond to the G5 gamble. According to a report by Korea-based Aju Business Daily, LG will lower the shipping targets for this year.

The company has not officially confirmed this yet, but the publication expects it to lower the estimate for smartphone shipments in Q2 from 16.5 million to 15 million. And Aju points the finger at the flagship as the main reason. 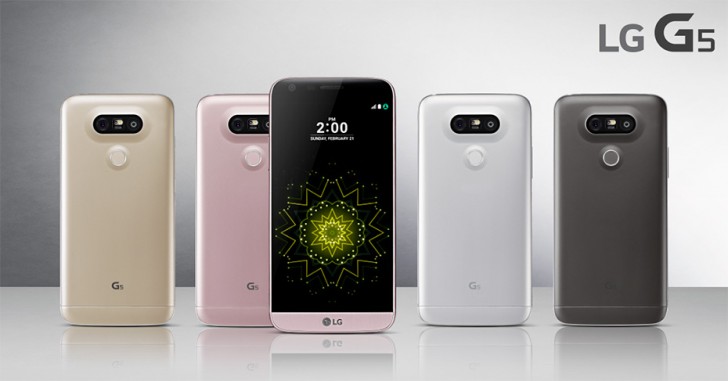 In the second quarter of this year, LG may ship only 2.5 million LG G5's, instead of the 3-3.5 million that it hoped for at the start. This will lead the mobile division to an estimated loss of $110 million for the quarter. On the upside, that's still less than $175 million loss it posted the previous quarter.

However, the slow start may turn into an even bigger miss of target - the publication forecasts that LG will only manage to ship 5.5 million G5s, far below its initial 12 million target. Again, LG has not officially revised its shipping estimates for the quarter and for the year.

So many bad comments about LG G5, (mostly from people who don't own it). So typical﻿.

There are complaints coming in of bootloop on the G5, just like it's little brother the G4. LG needs to get out of the smartphone industry.

Much better than android laggy and ugly and boring