The first generation of Qualcomm’s 3D Sonic Sensor was featured on Samsung’s Galaxy S10, Note10, S20, and Note20 series and its performance and dependability were often questionable. Accuracy and speed were not up to par with other optical in-display solutions manufactured by Goodix and used by Chinese OEMs like OnePlus and Huawei, many of which currently use quicker and more accurate optical solutions (versus ultrasonic). 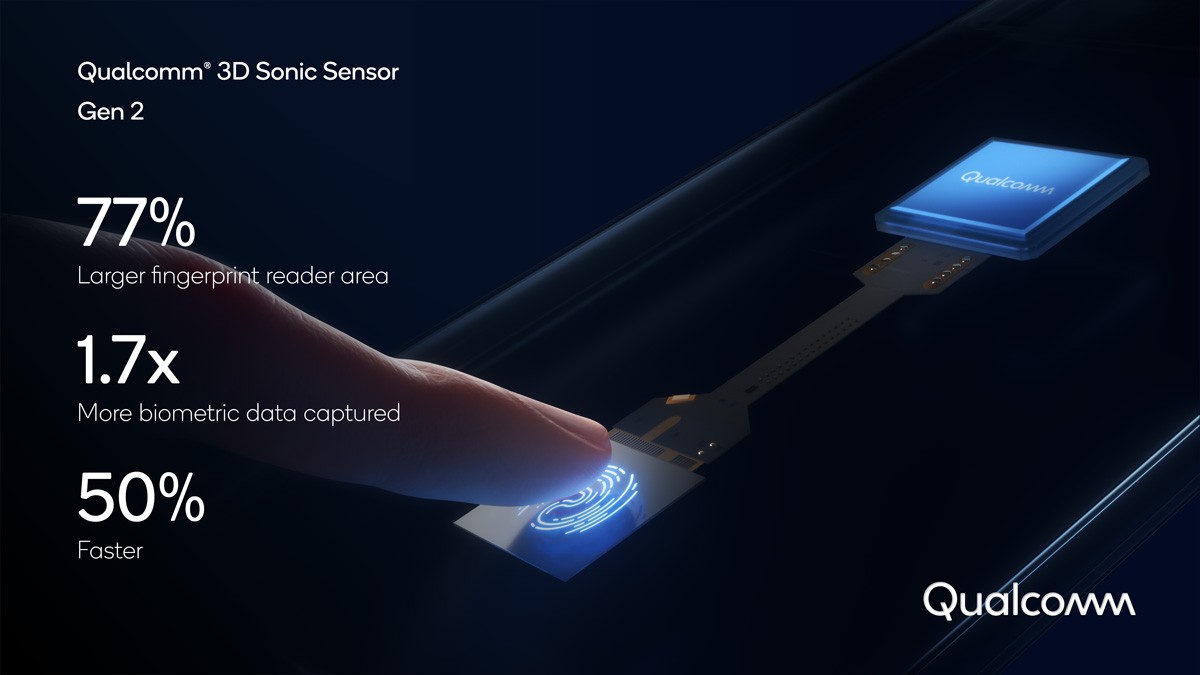 The next-generation Qualcomm 3D Sonic Sensor promises to be 50% quicker than its predecessor and 77% larger. One of the paint points about the first-gen sensor was that the activation area was quite small, and it was difficult to accurately find the scanner by feel alone.

For reference, the generation 1 scanner was 4 x 9 mm while the new sensor will measure 8 x 8 mm and allows the sensor to pick up 1.7X more biometric information. The new sensor will also measure only 0.2mm thin at the scan area, enabling the possibility of integrating in-display scanners on flexible panels of foldable devices. We wonder if this means Samsung’s foldables will sport in-display scanners this year.

Qualcomm says that the second gen 3D Sonic Sensor will debut in smartphones “in early 2021”. Perhaps Samsung may use this new in-display sensor on the incoming Galaxy S21 series, expected to debut in less than one week.

Honor is working on 5G phones powered by Qualcomm chipsets

Cristiano Amon is the next CEO of Qualcomm, will retain his position as President

I think I understand.

Indeed, but it is almost caveman tech compared to what I described, not because it isn't powerful enough, but because it doesn't do much. The biometric data aren't at all stored away from the OS for example, it isn't as if Sa...

You call it "defense of favorite brand" I call it "just stating facts". But I guess you have zero concept of what "facts" even means. You insufferable Apple hater.