Qualcomm’s Snapdragon 8+ Gen 1 may be the new default flagship chipset in the Android world but we also got a new midrange option with the Snapdragon 7 Gen 1. The new 4nm platform brings several firsts to the SD 7 series including Qualcomm’s dedicated AI Engine, up to 200MP image capture and Android Ready SE for e-money solutions. 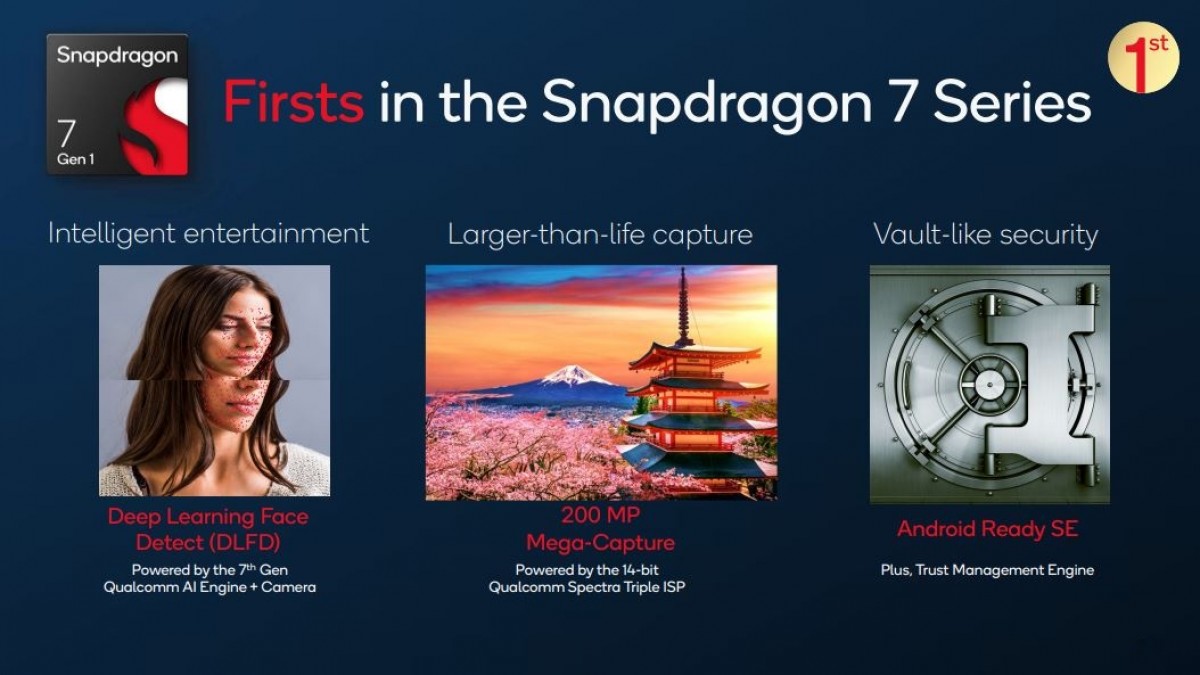 A Kryo CPU cluster clocked at up to 2.4Ghz alongside the Adreno 662 GPU sit at the heart of the new SoC. Qualcomm claims the new chip handles graphics 20% faster than the outgoing Snapdragon 778G while AI tasks are said to perform 30% better on the new platform.

Adreno Frame Motion Engine is claimed to double framerates in games while maintaining the same power consumption as the SD 778G. The new chip can handle up to 16GB LP-DDR5 RAM. 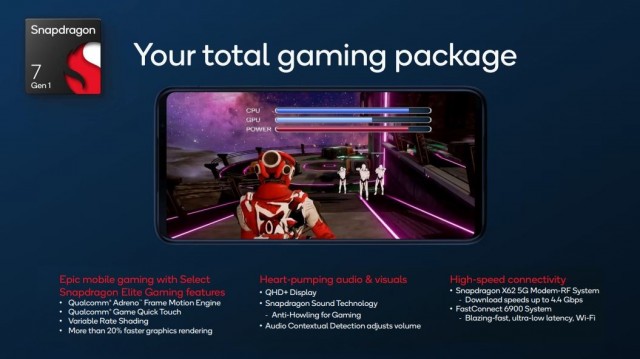 SD 7 Gen 1 also gets the Snapdragon X62 5G modem capable of 4.4 Gbps download speeds with dual standby 5G connectivity on both (SA) and non-standalone (NSA) modes. WiFi 6E is also on board as is Bluetooth 5.3 with Snapdragon Sound and aptX support. 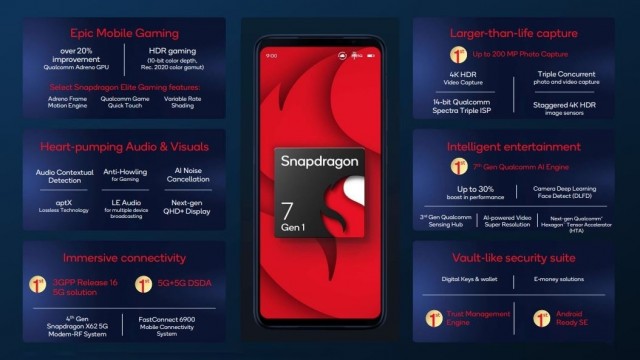 The first batch of Snapdragon 7 Gen 1 phones are expected to arrive in a few weeks' time from a broad range of makers. Oppo’s Reno8 Pro is expected to be the first phone on the market with the new chipset when it gets announced on May 23.

870 is much better than 888 because of its long sustained performance...

Finally! Someone else who sees that the 700 series are equal to older flagships therefore not being complete trash. Lots of people in my region complain oh its not 800 series but forget that older flagships are still completely capable even if they...