The Realme 9-series release earlier this year was met with mixed feelings, even from fans of the brand and perhaps that's why Realme was in a rush to release next generation to right some wrongs. And by the looks of it, the Realme 10 Pro may very well have a much better chance of winning over some new fans.

Essentially, the Realme 10 Pro offers a somewhat minimal upgrade over its predecessor, but a deeper dive at the specs suggests otherwise. The new model upgrades the display, changes the design completely and shares a higher-tier main camera with its more expensive sibling - the Realme 10 Pro+. This last bit is kind of a big deal as the 10 Pro now employs a fairly big 108MP, 1/1.67" sensor coupled with a wide f/1.8 aperture. That's a big step up from the 64MP sensor on the 9 Pro. 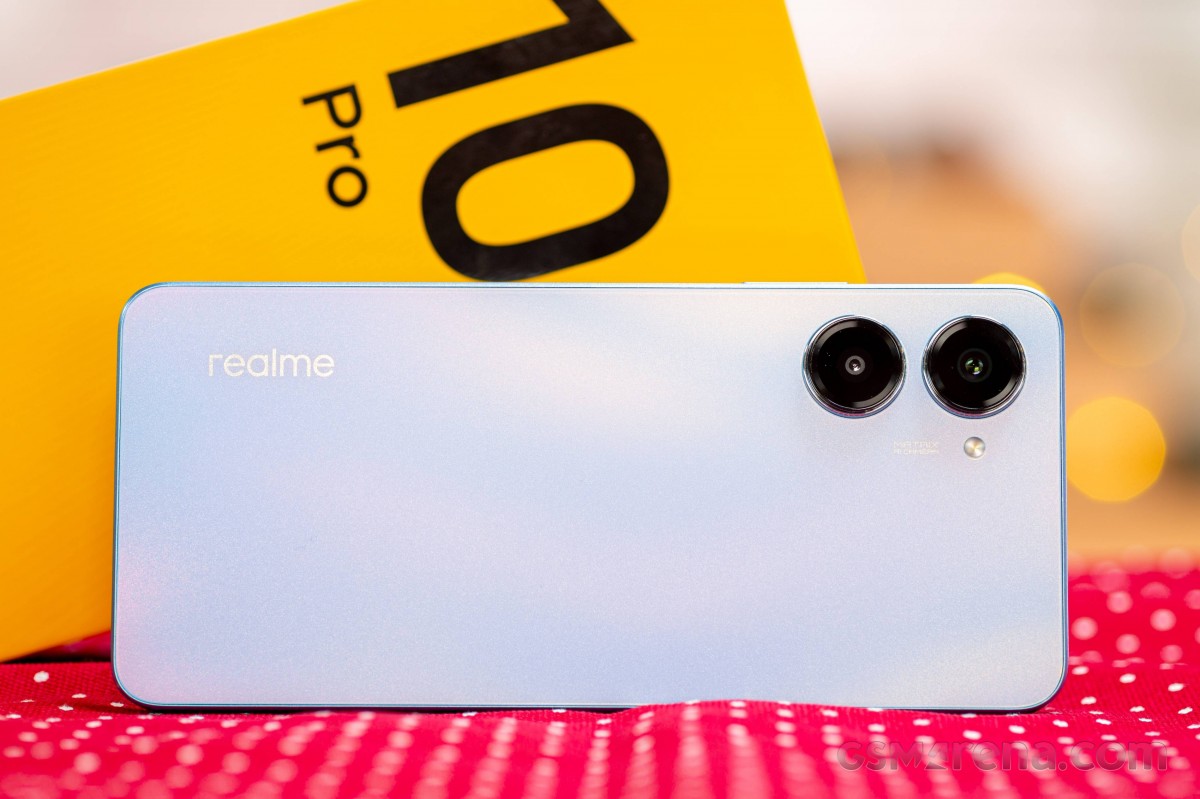 Obviously, this comes at a price, and that's the exclusion of a macro camera and an ultrawide one. However, we don't believe that this is a big omission since the usual 8MP ultrawide and 2MP macro cameras in this price range don't provide a meaningful value to the overall user experience.

Realme 10 Pro specs at a glance:

The Realme 10 Pro also packs the same 5,000 mAh battery, selfie camera and display size as the 10 Pro+ and tops it with a much-desired microSD card slot. One of the few reasons to opt for the more expensive Plus variant is to get the OLED display. Unfortunately, just like its predecessor, the 10 Pro settles for an IPS LCD panel.

On the other hand, the new Realme promises better overall picture quality, higher maximum brightness and bigger diagonal. So it's not as if Realme didn't try to squeeze in a high-quality LCD into the already tight budget. 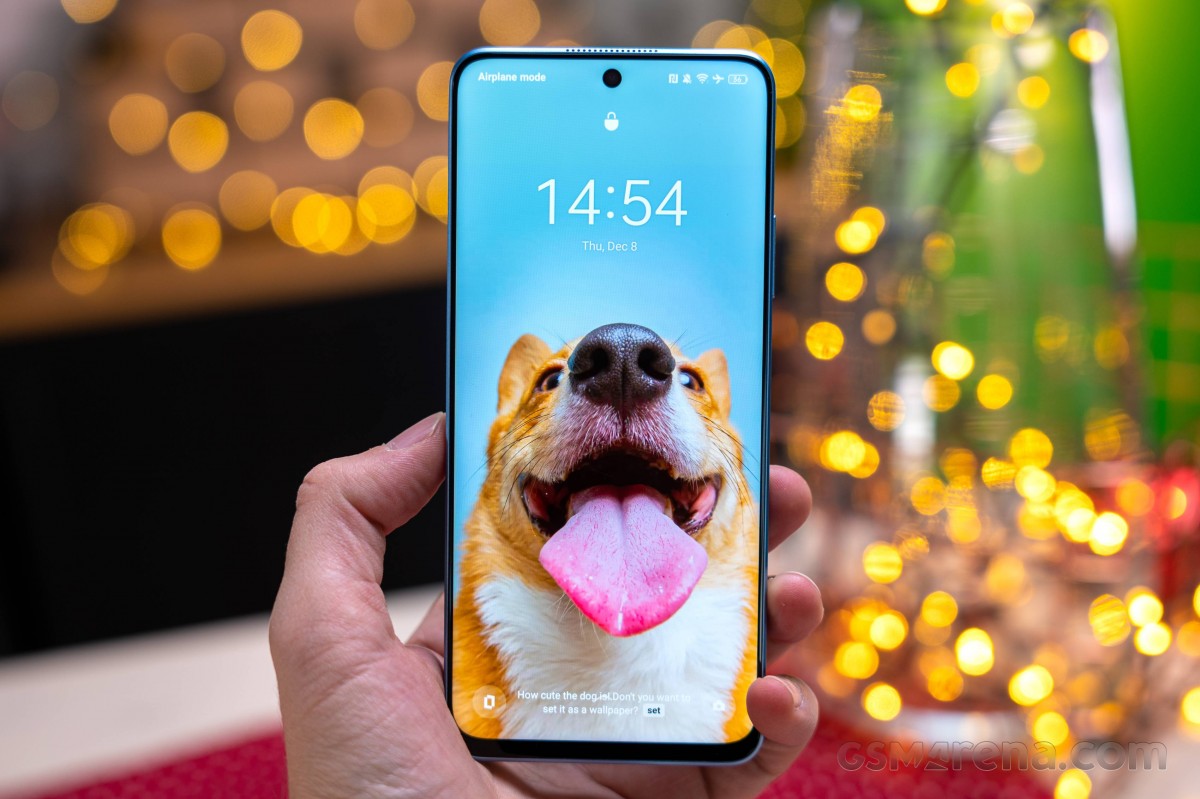 All in all, the Realme 10 Pro sounds like a solid mid-$300 midranger with a focus on photography. We take a deep dive in this review and assess the much-hyped camera capabilities of the handset, among other things.

The device comes in a standard box containing the usual user manuals along with the appropriate USB-C to USB-A cable and 33W charger. 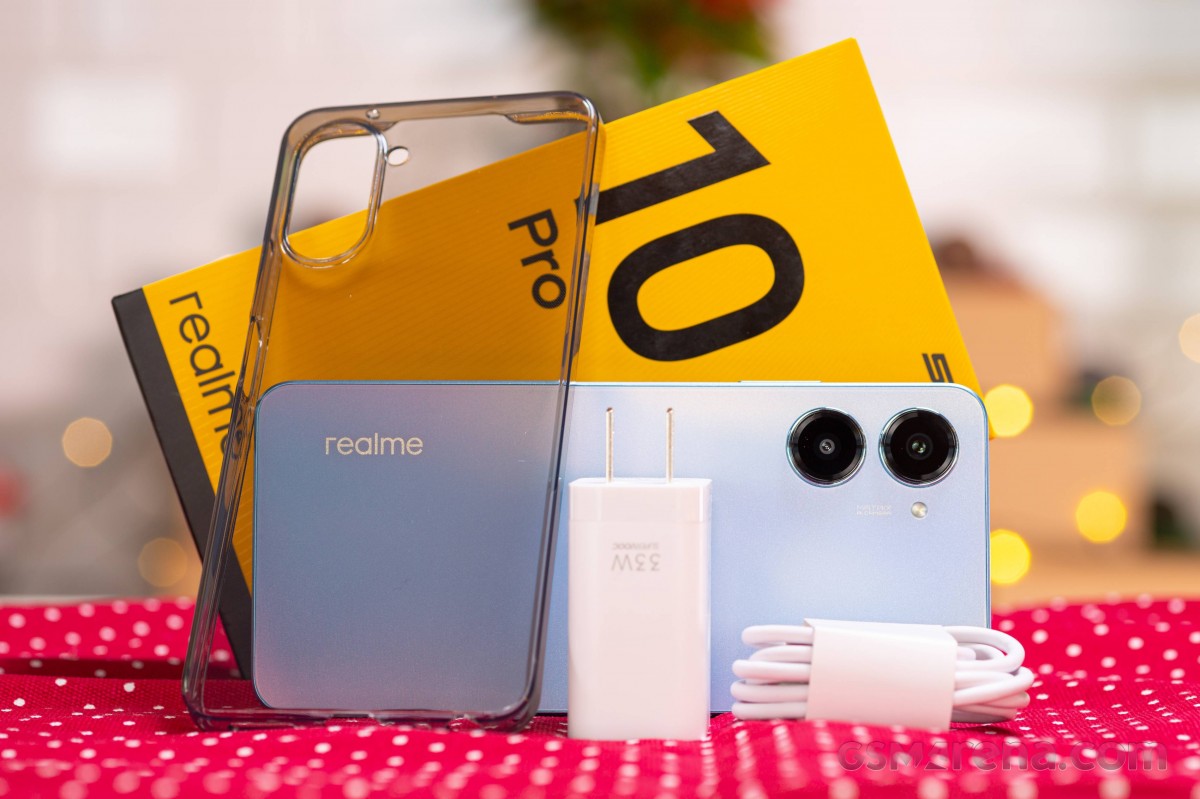 There's also a transparent silicone case in there as a bonus.

This phone is waste of money, battery and camera performance is very low. Please don't buy this phone