Oppo sold out 200,000 units of the Realme 2 during its first flash sale last week. Another was scheduled for today and it was an immense success as well, rounding up the total number of sold devices to 370,000. The sub-brand celebrated the achievement on Twitter and thanked its Indian fans who purchased the affordable smartphone in numbers. 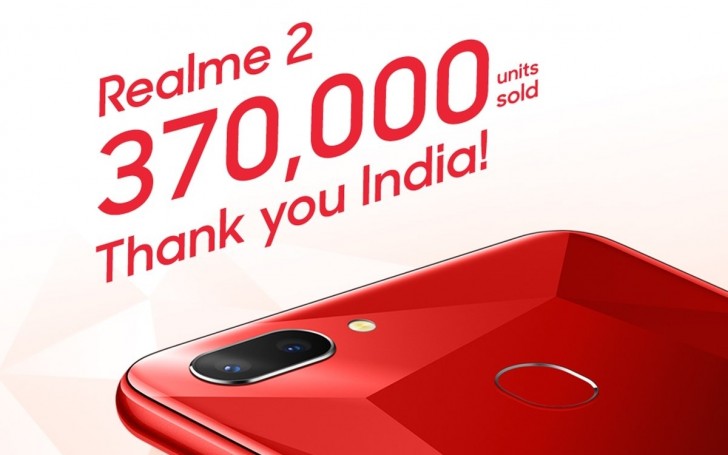 The Oppo Realme 2 is exclusive to India but is receiving a warm welcome from consumers and smartphone lovers from all over the world. Priced extremely aggressively, it still comes with a very decent specs sheet, complete with dual cameras, stand-out design, and big battery.

Realme 2 is a really good phone when it comes to looks and its top notch full screen gives it a classy modern look. That's why this is doing so well in market

Yeah and my phone has fast charging. Mines a much better deal. And no, it's not mid range. J series is low end.

Lol a guy using a Samsung mid ranger is criticising another brand for selling crap at high price. Oh, the irony. Fyi Realme 2 has the auto brightness sensor lol