Realme has been putting out phones at least every other month and in less than a year the company's portfolio has grown to 9 devices. It's the latest one we have here today - the Realme 3 Pro. 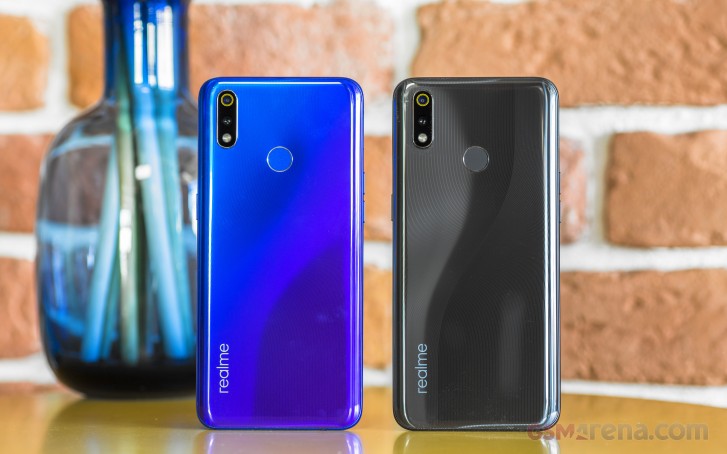 The Pro moniker carries a lot of meaning here - it's not just some extra RAM or storage. For starters, the Realme 3 Pro comes with a 1080p display as opposed to the 720p panel of the non-Pro and the waterdrop-notched 6.3-inch screen appears to be the same one from the 2 Pro.

Then there's the chipset - the Snapdragon 710 is one of the most potent mid-tier SoCs and its presence in a device as affordable as the Realme 3 Pro is more than welcome. Same goes for the VOOC fast charging support - previously reserved for more upmarket Oppos.

There's fair dose of other upgrades over the Realme 3. The base model starts off at 4GB of RAM and 64GB of storage, where the non-Pro peaks, although gone is the 8GB RAM version we saw on the 2 Pro. The main camera appears the same 16MP f/1.7 unit from the 2 Pro, but in fact it isn't - instead it's based on the same IMX519 sensor from the OnePlus 6T. There's also a 5MP depth sensor as opposed to the basic 2MP one of the 2 Pro and the plain 3. The 25MP front-facing cam marks a return too - we saw it on a Realme U1 late last year.

The Realme 3 Pro doesn't skimp on the basics either and comes with dual SIM support and a microSD slot, there's a 3.5mm jack and when you plug in headphones it'll use them as the antenna for the built-in FM radio receiver. The handset boots the latest Android 9.0 with Oppo's custom Color OS layered on top, so the software is up to date as well. Let's see what hardware we'll pull out of the box.

The Realme 3 Pro ships in virtually the same gray-and-yellow package as the Realme 3, only there's a (Pro) marking to show it's not quite the same thing inside. The phone is different alright, but so is the charger - the one in this box is a powerful 20W VOOC adapter. There's also a cable to go with it, as the proprietary charging solution won't work with your non-VOOC cables (though you'd still be able to charge albeit more slowly). 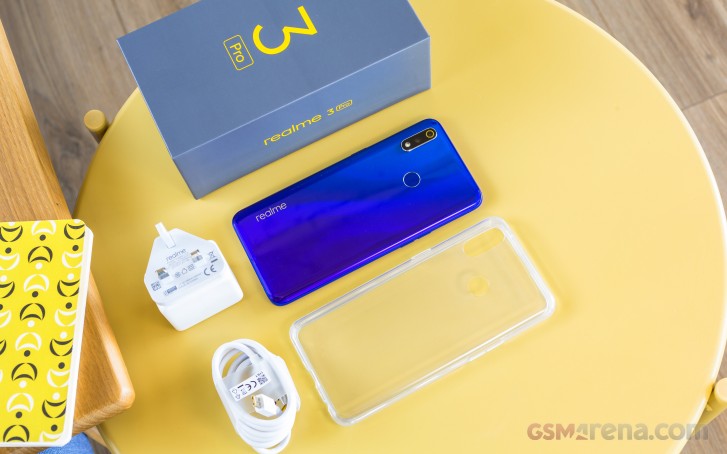 And then there's a clear bumper case bundled so you can protect the nice-looking back of your Realme 3 Pro.