Realme had a big event today, unveiling the Realme 3i - a mix of Realme 3 performance and Realme C2 design and bringing the Realme X to its first market outside China - India. We were at the launch in New Delhi and we had the chance to spend some quality time with the new handsets. 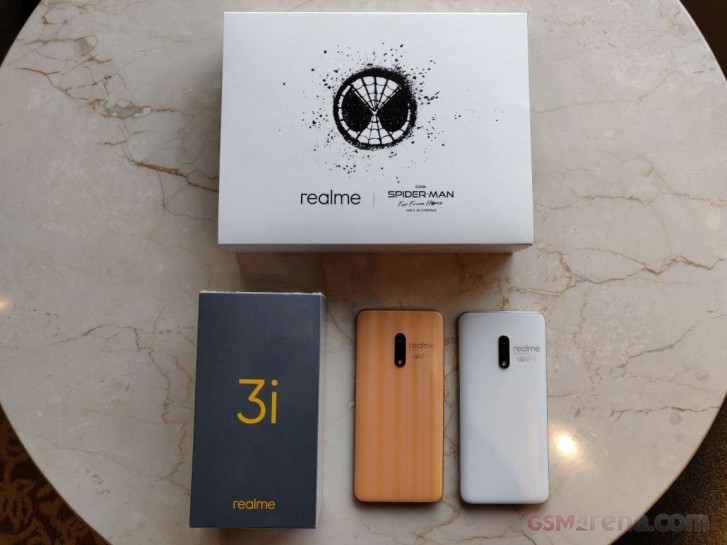 Let's rewind for a second. The Realme 3 was released back in March with Helio P70 chipset for the Indian market and Helio P60 for the global audience. The difference between the two chipsets is minimal at best so the 3i, which comes with the P60 shouldn't feel like a downgrade at all. It will stand out a bit more though, as it comes with the same diamond-cut back as the Realme C2.

The Realme X brought along two special versions - the Spider-Man Editon and the Master Edition dedicated to Garlic, and Onion. The last one is actually two limited colors, inspired by the French cuisine - we kindly remind you they are not for eating.

Now let's get to know the devices one by one.

3i when arrive myanmar?

India gets upgraded P70 cpu at a cheaper price

And super vooc will not work on a USB-C?