Ah, the Realme 5 Pro. It's been what - five years? Three? Actually, it's been only one year and yet Realme is launching its fifth generation of smartphones. The maker has been trying to cater to users' every imaginable need and quite successfully at that. So, after the Realme X that brought us immersive AMOLED experience, let's meet the camera-centric Realme 5 Pro.

It might have been just over a year, but we are glad Realme has found its MO - catchy designs, breezy performance, and good camera skillset. And it's been delivering those on unbelievably low prices ever since. The Realme 5 Pro doesn't lose focus on what's important either - there is the signature dazzling looks, the upper-tier Snapdragon 712 chip, and company's first quad-camera setup. 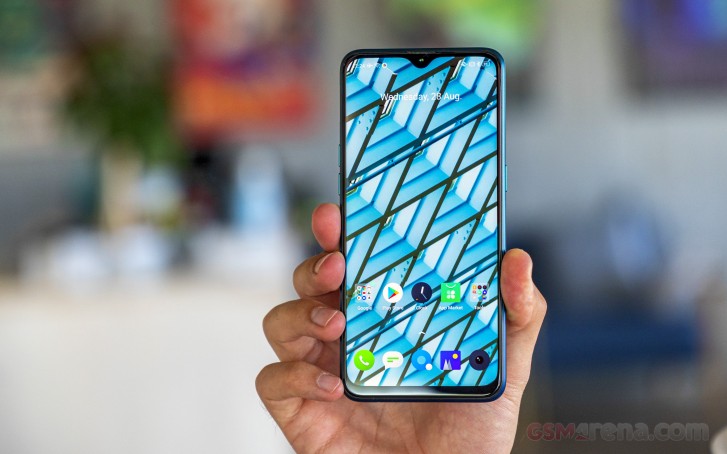 Indeed, Realme has jumped from dual- straight to quad-camera arrangements. And the Realme 5 Pro setup is rather impressive with a 48MP primary, an 8MP ultrawide, a 2MP macro, and 2MP portrait snappers. Advanced 2x digital zoom is available thanks to the high-res primary, as well as Nightscape and Chroma boost modes. 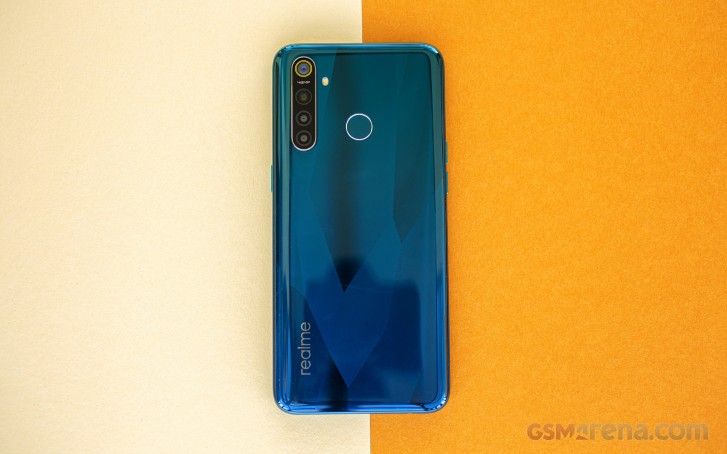 Another thing the Realme 5 Pro impresses with is the large battery and the presence of 20W VOOC charging via the USB-C port.

And last, but of huge importance, is the fact that the Realme 5 Pro is the company's first-ever splash-resistant phone.

Realme 5 Pro isn't a significant update over the Realme 3 Pro as far as screen and performance are concerned. In fact - those stay the same. But the camera seems light years ahead and may as well make people that bought the Realme 3 jump to 5 in no time. How things will turn out? Let's find out!

The Realme 5 Pro comes packed into a rather bulky paper box but it's full of goodies. The maker ships the phone with the 20W VOOC charger and the proprietary USB-C cable needed for the VOOC to work properly. 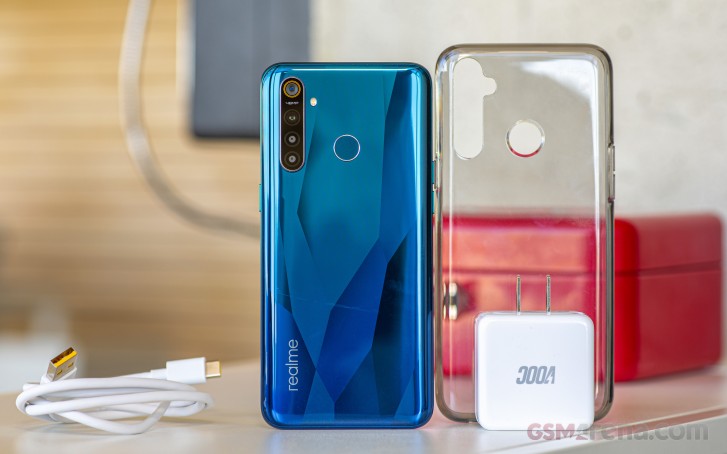 The bundle also contains a semi-transparent gray silicone case that will help keep the beauty of the Realme 5 Pro unspoiled for quite a while.

Atleast co should give a basic charging notification light on front of the mobile.

Is stereo Is present in realme 5 pro