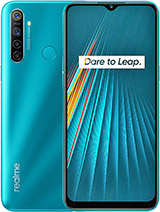 Zachery, 14 Oct 2021Had this phone for 1 year and a half, it has become laggy a... moreI think if you buy a phone at least with Snapdragon 720G or any processor giving equivalent performance to it then it will be better for playing games. It has Snapdragon 665 which is not bad but may not be suitable for some heavy gaming.
By the way I play call of duty mobile on this phone, I play ranked tdm matches. I don't face any lag, my game settings are graphics on low and frame on high.
If you free at least 10 to 15 GB space on your phone then it won't lag. Also keep your phone and ram clean.
Clear the "cache" (not data) of your game and restart your phone before gaming.
Very minor lags sometimes may occur but frequent lags or frame drops shouldn't be there if you play on low graphics and high frame rate.

Whatever, 18 Apr 2022phone becomes laggy on every update, keeps glitching on eve... moreIt is sad to hear your experience. I have been using this phone since April 2020 and so far I haven't faced any kind of issue in anything. It was working very well on Android 9 and even after android update 10 it is working well, no issues faced.

Ankit Kumar, 25 Jun 2022the realme 5i phone is very bad performance like Lagging he... moreWhich game do you play and on what settings ?

Anonymous, 19 May 2022Can sd card in this phoneYes it has SD card slot in it and you can add SD card in it.

Whatever, 18 Apr 2022phone becomes laggy on every update, keeps glitching on eve... moreDo you mean blacks out during whatsapp calls? My realme 5 pro does that during online calls as the screen is lifting and hence blocking the proximity sensor and making u think it always on your ear. If this is what's happening during calls push your finger down on the selfie camera and then when screen turns on, turn on speakerphone. If u don't like speaker phone and want to do something on the phone during the call u out of luck. In my local indonesian realme service center they do this specific repair for free as a repair program probably because they knew too late about the flaw and was not going to recall the phone over it. However for my phone the repair program after 6 months the glue stops holding again and stuck with the same issue. So yea if this is the case the program not really worth the time.

Can sd card in this phone

I've been using this phone since August 2020, I got the 4/64gb model. So far i had no software problem like ghost touch, touch delay, system lag, etc. with this. MAYBE this because I never upgrade the system and I always keeping the storage & RAM clean.

For the camera, audio & battery are still okay, It seems just like the same, No quality downgrade on the camera (If you want to increase the photo quality, you can try use GCam) & the battery doesn't drain fast. And for the hardware like backdoor, there are no many problems, my backdoor is just mushrooming and opening A BIT, but overall it's also still okay.

phone becomes laggy on every update, keeps glitching on every game, camera progressively gets worse, and after 2 years of usage the screen blacked out

its been 3 years since 2019, this phone is good at that price. sometimes, when the memory is full its became laggy and i just reset the phone. and it'll works

Been 2 years using this phone, doesn't have any problem till this day, except the hotspot problem with windows 10. Hope it will last until I have enough money to buy new phone lol.

I DON'T RECOMMEND this phone AT ALL. I REGRET buying it, it almost 2 years on me and it became worse than before. When you play games it's lagging, the camera became blurry, and the keypad always took a minute to pop up when it's full screen. The touches became delaying. I DON'T RECOMMEND THIS PHONE, DON'T CHOOSE THIS WHEN YOU'RE BUYING/LOOKING FOR A PHONE.

Anonymous, 14 Mar 2022I'm using custom rom, running absolutely better than m... moreI recommend not to be like that because if damaged by a virus you will find it difficult to fix it especially in the official service.

I don't recommend this phone. 2019 sence i baught this phone and at first it's performance is good but after i updated it, it became laggy amd I can't play 2 large games. It scammed me i wish i baught the other recommended phone.

kai, 18 Feb 2022I've been using this phone for 2 years and i can say t... moreHi there. For me if you want some good performance, best midrange display and large ram (but mediocre camera though) i would suggest you buy redmi note 11.

I've been using this phone for 2 years and i can say that it's very laggy lmao. ever since i update it from android 9 to 10, it's looks like it's not optimized to everything.. i wish i could buy a new phone. guys can you recommend me a nice midrange phone?