Indian e-commerce giant Flipkart yesterday confirmed that Realme 5s will be unveiled soon. Now, the company has set up a new landing page on its site for the promotion of the 5s and confirmed that it will go official on November 20 in India alongside the X2 Pro.

The page also includes an image of the 5s, which reveals the phone looks similar to the Realme 5 unveiled in August.

The back of the Realme 5s, painted red, is home to a fingerprint reader and a quad camera setup having a 48MP main unit which is an upgrade over the 12MP main sensor we have on the vanilla 5. 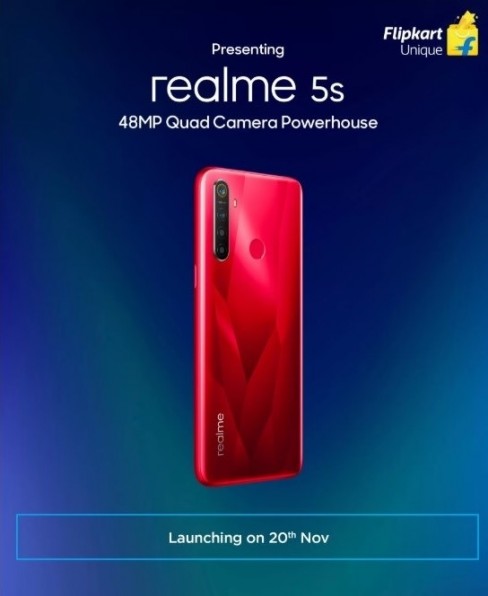 We don't have details about the rest of the units in the setup, but we are likely looking at an 8MP ultrawide, 2MP macro and 2MP depth sensor modules.

The Flipkart page also has text that reads "Ultra Detailed Pictures, that remain sharp even when zoomed in." This may be interpreted as the Realme 5s coming with a telephoto unit, but that's unlikely to happen since the 5 Pro doesn't have one. We'll have to wait for more information to be sure. 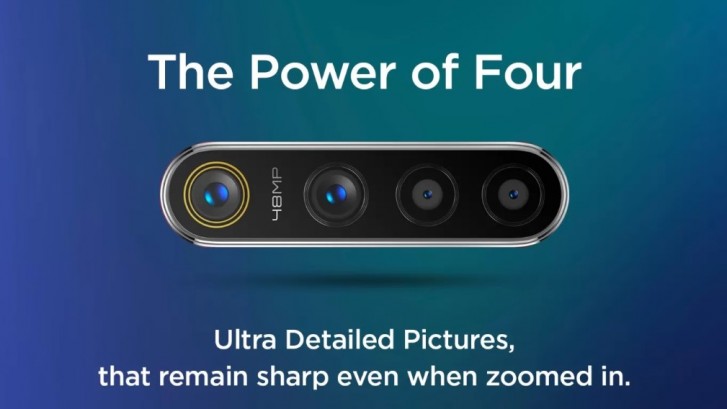 The rest of the specs of the Realme 5s are currently unknown, but you can expect it to come with some upgrades over the vanilla 5, like a 1080p display, faster charging, and maybe even a USB-C port.

The Realme 5s will be likely put in direct competition with the Xiaomi Redmi Note 8 that was launched in India last month. More details about the Realme 5s should surface in the days leading to the official announcement.

Realme 5 series get 1 software upgrade or 2? Android 9 to 10 only or will get Android 11 upgrade too With so many new models, wonder the quality of Realme updates