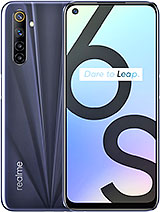 Yes, I have it also, and while it's stated NO NFC, it works with Google Pay and Android Beam.

6GB RAM / 128 GB Storage Version.
For $250 CDN it's worth every dollar so far. Great phone, no issues for my usage. I'm not too concerned with camera quality, but it seems decent. Features: fingerprint sensor is fast; multiple fingerprint profiles work great. NFC works fine; use Google Pay all the time no issues. Screen is nice; easy to view in all lighting. Great battery life. Recommend it.

Bruh, it HAS NFC I have model 4GB/64GB And it has NFC, and Android Beam

Tbh, I am not very satisfied with this phone. I bought him 5 months ago after the previous one became broken and it's my 1st Realme phone. Basically, it misses some features that are convenient to have, features that my previous phones did have. This company is young, it is founded in 2018, maybe by the time more and more features will be added, I don't know, but so far this phone is a little bit unfinished. But, the battery is great, although the charger adapter is very big, and the screen is pretty big, narrow and nice, that is modern.

The 6/128GB variant will be also available in Europe?

and after reading many comments can anyone say is this phone worth it?

It's not a budget phone, budget is Xiaomi poco M3. Realme 6s is more expensive and has higher benchmark. Xiaomi redmi note 8 pro won't be around forever, it's not included in the stores anymore.

I have one and it's great phone... with NFC

Even if Xiaomi Redmi Note 8 Pro has 64 MP sensor with 4in1 pixel binning the sensor and the software make real decent 64 MP pictures not only software interpolated ones like other phones. Even Xiaomi mi 9 Lite takes real 48 MP pictures.

koss, 07 Jan 2021You are wrong about 64 MP vs 16 MP. It depends on the efect... moreIike i said.....its all abauth marketing trick 12=48MP or 16=64MP and softweare image procesing...try to compare yours RN8 Pro 64MP with Iphone 11 Pro 12 MP
Redmi Note 8 Pro 64-megapixel sensor will technically produce 16-megapixel resolution images, but you could also choose to shoot 64-megapixel photos ( marketing trick ) with a higher level of details ( tetracell tehnology on camera sensor wich with softweare rending will give you 64mp )

Dzofa, 07 Jan 2021You are wrong abauth photos....Its not flagship phone, so y... moreYou are wrong about 64 MP vs 16 MP. It depends on the efective sensor and the bayer pattern filter. For example my xiaomi redmi note 8 pro takes real photos at 64 MP. Other phones takes interpolated pictures. Even Mi 9 Lite takes real 48 MP photos... so you are all wrong.

koss, 25 Dec 2020EU version of Realme 6s don't have RADIO FM, but has G... moreYou are wrong abauth photos....Its not flagship phone, so you can not expeted some Boom photos, 48MP its not 48 its 12MP like others 64MP its 16MP, sofftweare makes from one pixel four pixels, so Higer MP dosent means better picture, in comparation with other phones from mid range RM6s has better camera, display, procesor and more, for exsample if you compare with Redmi Note 9 pro 64MP camera there is no big difrence in photos, that with Google Camera like i said that its difrent application from stock Camera app and only its better in Astro or Night mode.

EU version of Realme 6s don't have RADIO FM, but has Glonass, BeiDou, Gps, a-gps, SBAS and GALILEO
Also the quality of phothos at 48 MP are mediocre. It takes good photos only at 12 MP resolution with Gcam apk. You can check full sample quality photos on esato site at photos section under realme brand.
Front camera selfie at 16 MP is good and in 4 MP mode on Gcam is brilliant.

Realme 6s have NFC, it's support on this device.

Make a review of realme 6s please !
It's going to finish 2020!
Anyway do it 2021 if you like but please do it.
Take the mobile and run a little bit outside and take some good photos (all the rest are indetical to realme 6 review) and you are done men! 😳

After 4 days of testing.
for this amount of money it is realy good option. NFC, very fast !! charging time (50 min 5% to 100%) , I have around 50 apps installed - all works smooth. My old samsung S has better keyboard (senstivity of screen) but it doesnt not bother me much. Side built fingerprint sensor works fine. Face recognition works good. Can not tell much about gorilla glass as it has screen protector on. On 3rd day I noticed it slowed down a bit. I have restarted it and it all good again.