The Realme mid-range series are being refreshed every six months, and the new Series 7 is coming right on schedule. Both the Realme 7 Pro and Realme 7 are more like different takes on Series 6 instead of full-blown upgrades. And today, we are going to explore the European version of the Realme 7 Pro.

Indeed, the Realme 7 Pro is hardly an update over the Realme 6 Pro. While it does bring a Super AMOLED screen, it's a smaller panel and omits high refresh rate support. Realme has made various polls on the social networks asking users to choose between a 60Hz OLED and 90HZ LCD, and the people have spoken.

The Realme 7 Pro has also lost the telephoto camera and the ultrawide selfie shooter, but it gained new features like stereo speakers and 65W SuperDart Charging.

While the phone has shrunk in size a bit due to its .2" smaller screen, it didn't lose any of the battery capacity - just on the contrary. The Realme 7 Pro is powered by a 4,500 mAh battery - up from 4,300 mAh in the 6 Pro. As we mentioned, it supports 65W fast charging, which should get you from flat to full in 34 mins. We'll see about that in a bit. 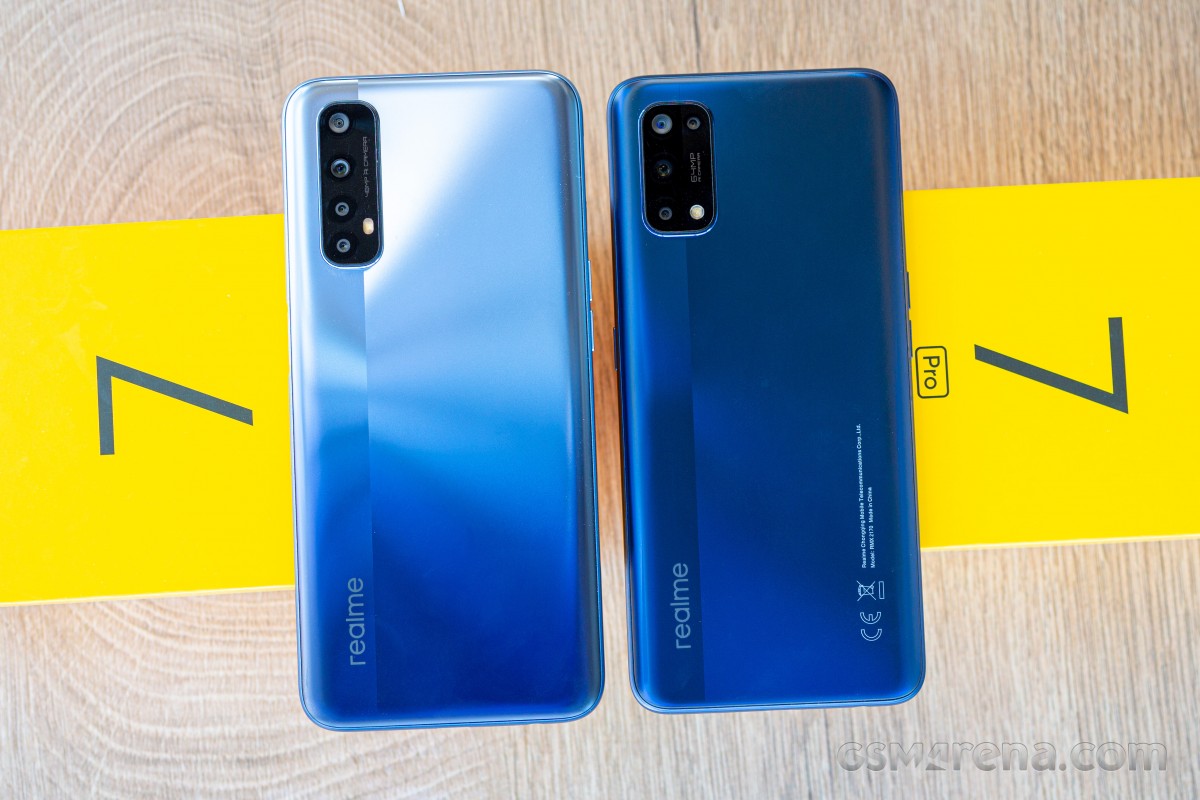 The camera setup on the back is your typical quad-camera on the cheap - a 64MP primary, am 8MP ultrawide, a 2MP macro, and a 2MP depth sensor. There is no telephoto shooter here, but the 64MP snapper should be enough for some high-quality digital zooming.

The selfie camera now contains only one shooter in a rather small punch hole within the screen, and we like it this way better than the dual camera cutout.

So, here is the complete Realme 7 Pro specs sheet. As we said - don't expect a slew of upgrades - the Realme 7 Pro even packs the same Snapdragon 720G chip as the Realme 6 Pro. There are just a few tweaks here and there that made sense for the people that voted for them on the social networks.

The only major omission in this budget mid-ranger is the 90Hz refresh rate, but it's a tough job having it all. If people wanted this, who are we to disagree, right?

The Realme 7 Pro comes in a yellow paper box that contains the usual - a 65W SuperDart charger and a compatible 6.5A-compatible USB-C cable. 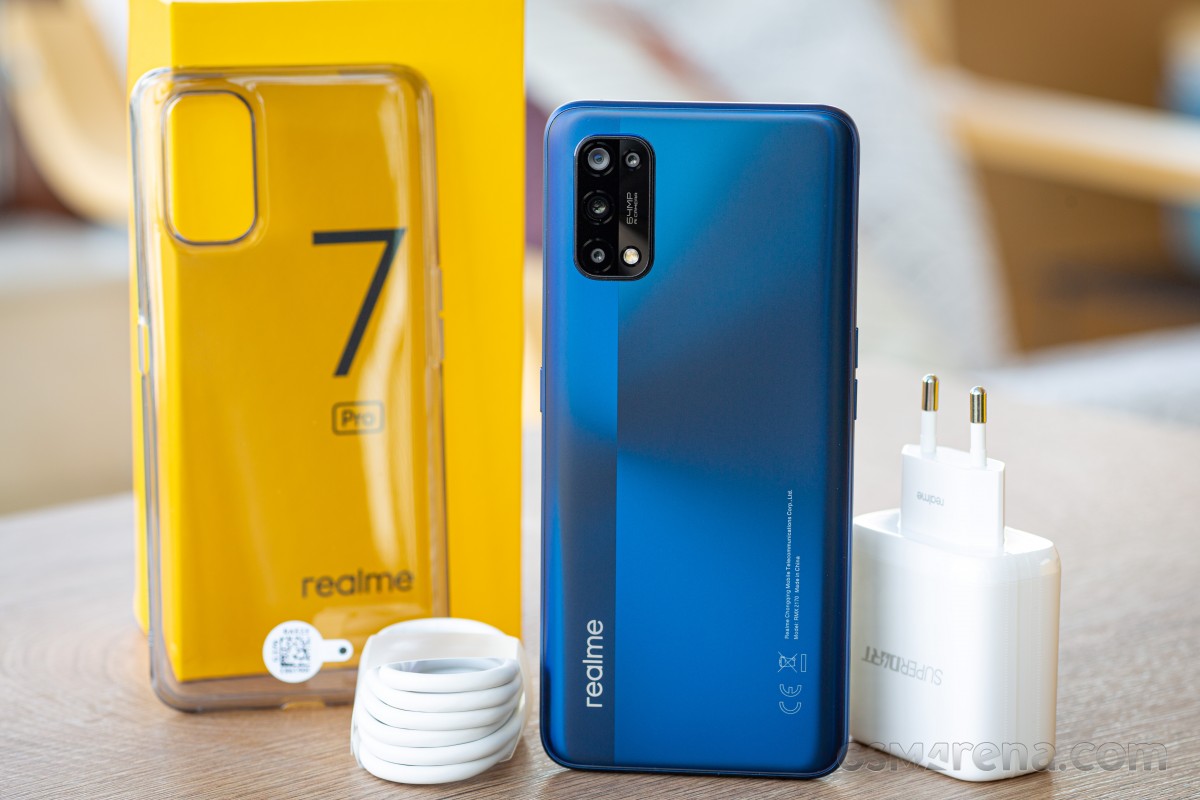 The phone is also bundled with a transparent silicone case if you ever need extra safety with your Realme 7 Pro.