Realme 7i India launch imminent as it appears on support page

Realme announced the Realme 7 and Realme 7 Pro in India earlier this month, and it may soon bring the Realme 7i to the country, as the smartphone has appeared on the support page of the company's official Indian site.

The Realme 7i was launched in Indonesia last week. It's powered by the Snapdragon 662 SoC with 8GB RAM and 128GB storage onboard. The smartphone runs Android 10-based Realme UI out of the box and sports a 6.5" 90Hz LCD of HD+ resolution, that has a punch hole in the upper-left corner for the 16MP selfie camera.

The back of the phone houses a fingerprint reader keeping company to the quad camera setup, which is a combination of a 64MP primary, 8MP ultrawide, 2MP monochrome and 2MP depth sensor units. 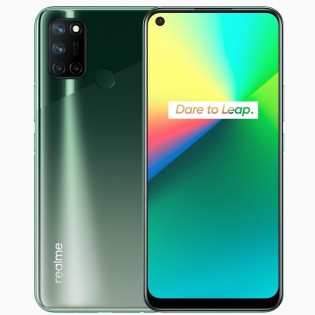 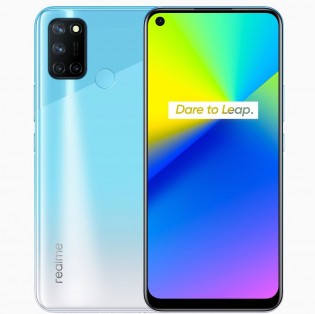 Realme 7i in Aurora Green and Polar Blue colors

The Realme 7i packs a 5,000 mAh battery with 18W charging and has two color options - Aurora Green and Polar Blue.

There's no word from Realme about bringing the 7i to India, but the smartphone is expected to make its debut in the country next month.

This was clearly not required. They launched the realme narzo 20A with a Snapdragon 665 which was bad enough, now another incompetent addition to this range