The Realme 8 5G looks like many of the recent Realme budget phones - it has an all-screen flat font, a thin plastic frame, and a dazzling curved back with this subtle radiant light effect. 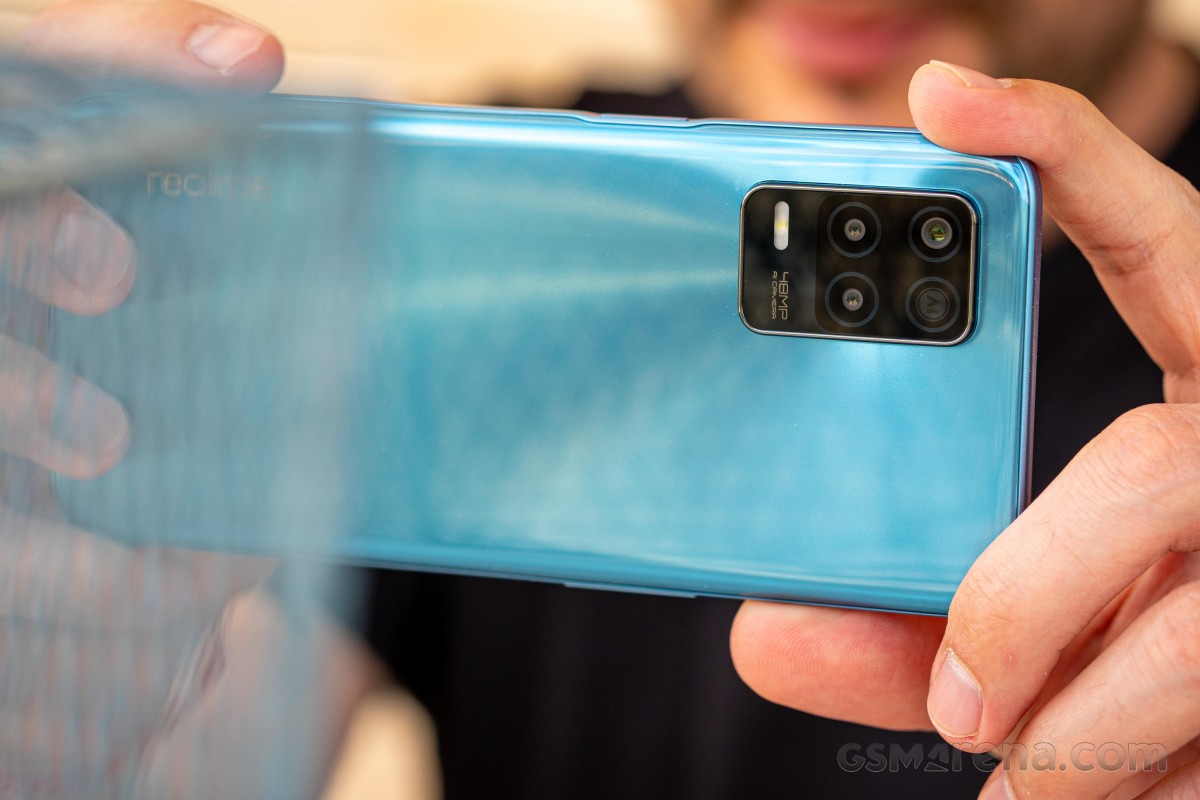 Realme finally decided on dropping the Dare to Leap insignia and we cannot be happier. It was one unnecessary large and flashy logo, which was getting in the way of the good looks, at least in our opinion.

One thing that's also gone on the Realme 8 5G is the water seals around the ports - there is no ingress protection whatsoever on this new phone, at least according to the official specs. And while the Realme 7 5G had a Gorilla Glass shielding the screen, the 8 5G glass is not advertised as Corning-made. 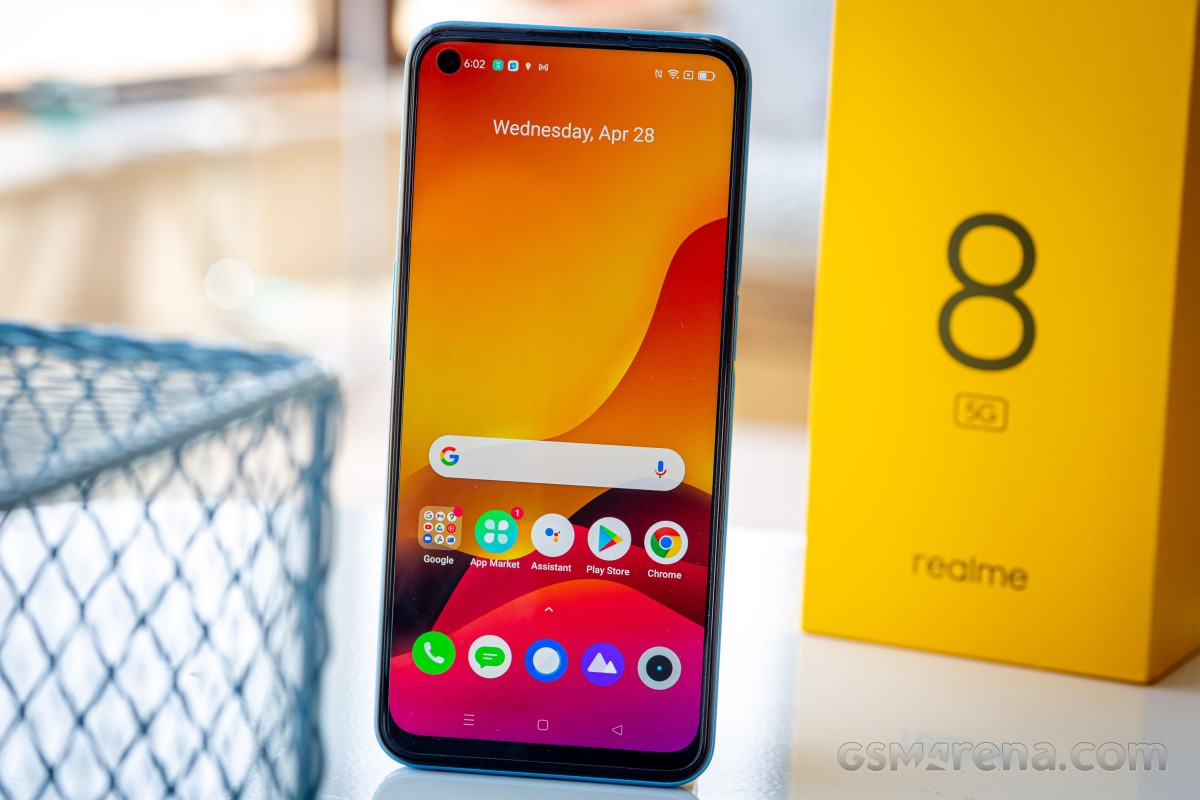 So, the front is a home of the 6.5" IPS LCD 1080p screen. It has the usual rounded edges and features a punch-hole for the 16MP selfie camera. The black dot isn't the tiniest we've seen, but we hope the selfie camera will be worth the sacrificed pixels. 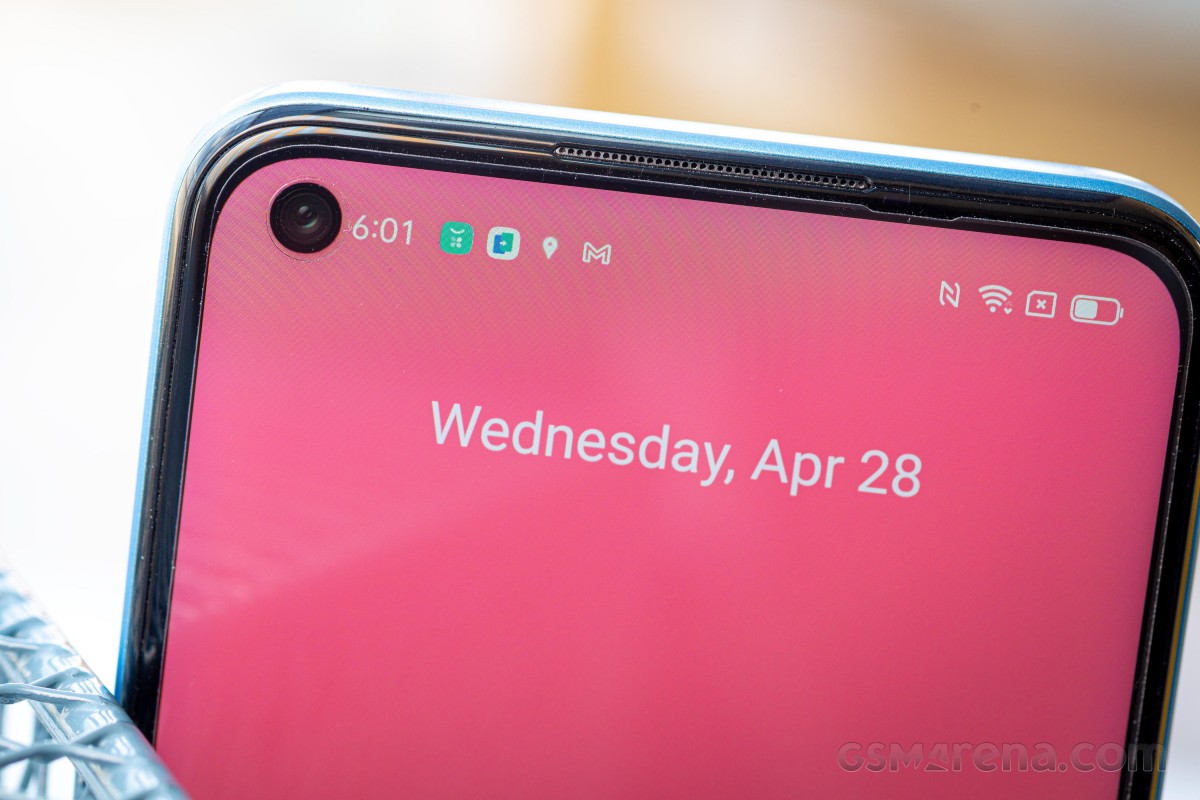 The bottom bezel is rather thick but perfectly acceptable for this segment. The top bezel houses the earpiece grille.

The rear panel is made of plastic, though it looks a lot like glass thanks to the multi-layered design, which creates the radiant light effect. We have the Supersonic Blue model here, looking really good, and while the glossy back gets all sorts of smudges, they aren't as visible as they would have been on the black version. 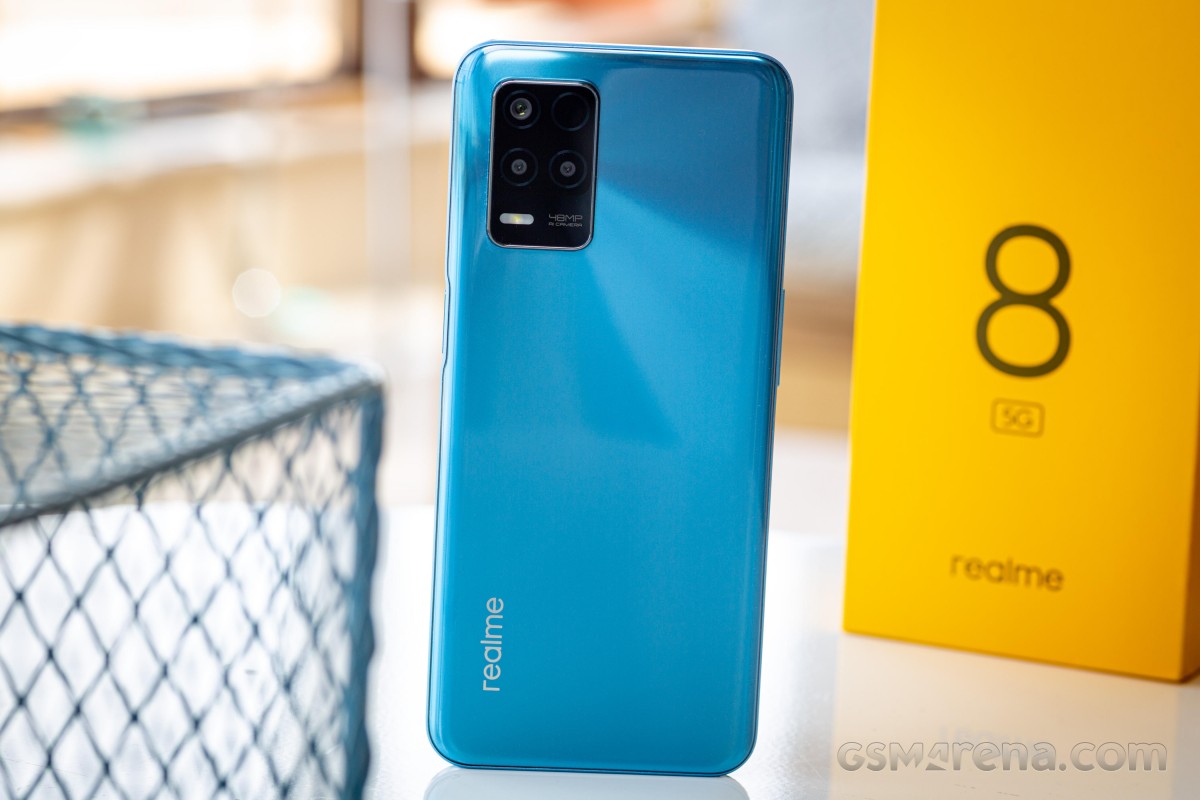 The camera glass is unusually large and jutting out a lot, even if it contains one proper camera - the 48MP primary shooter. There is a pair of 2MP snappers - one macro and one depth sensor, and the fourth dot is an almost invisible AI logo. A LED flash is also present - it's a single piece even if its size may suggest otherwise. 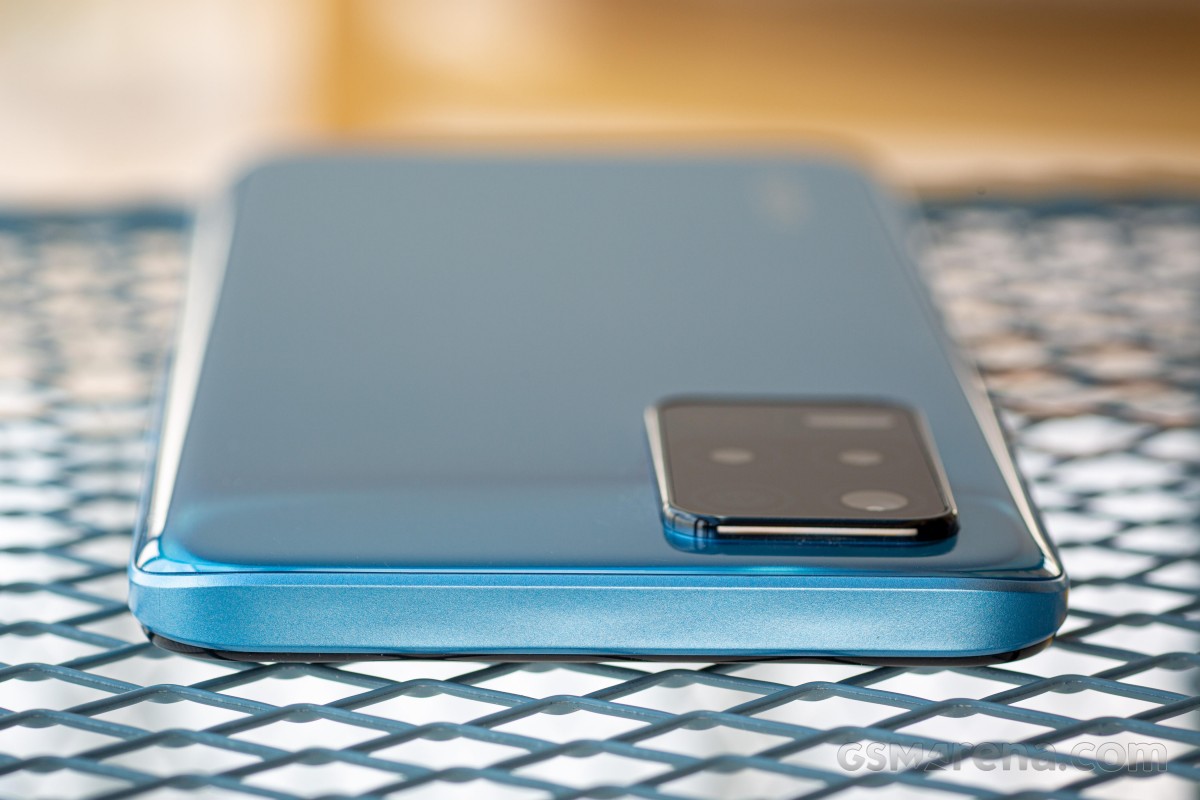 The frame is made of plastic, it is mostly flat and has a cool matte finish making it grippy enough. There is nothing on the top part of the frame, while the bottom contains the 3.5mm jack, the mouthpiece, the USB-C port, and the loudspeaker. 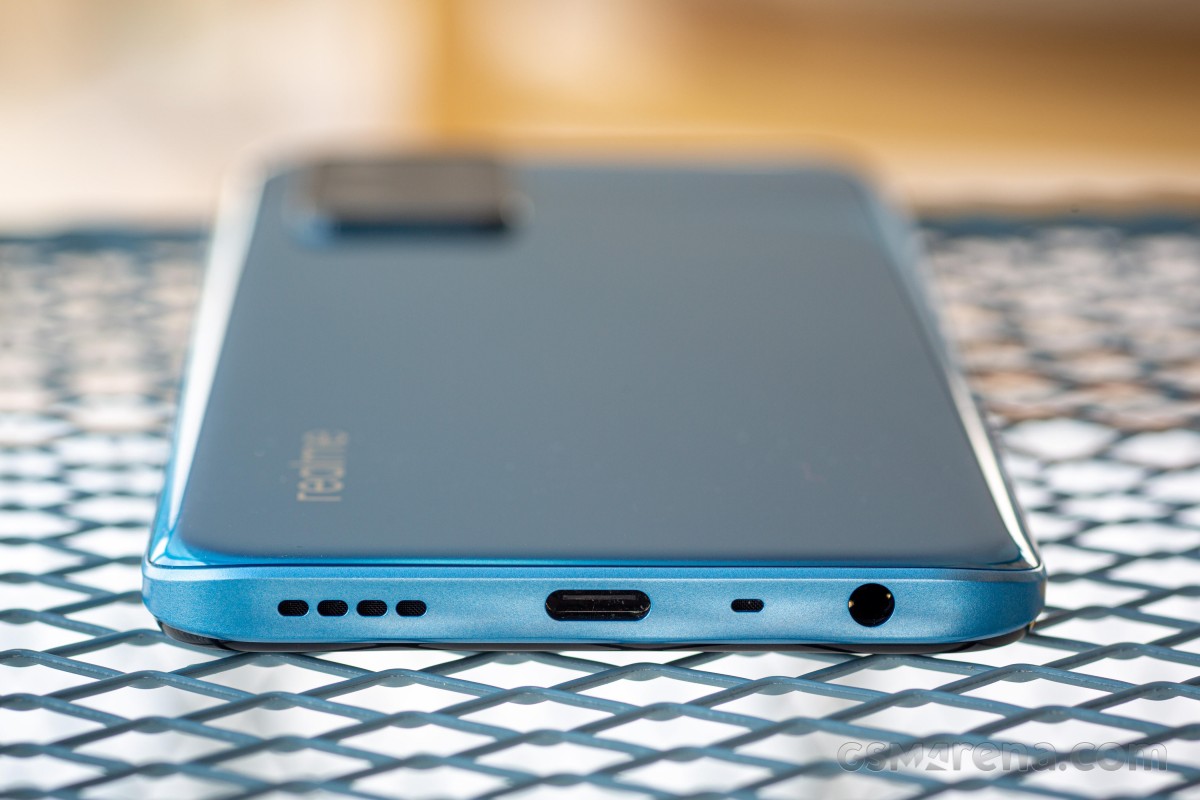 The left side of the Realme 8 5G houses the tri-card slot and the volume rocker. Yes, you get Dual SIM functionality plus a microSD card. 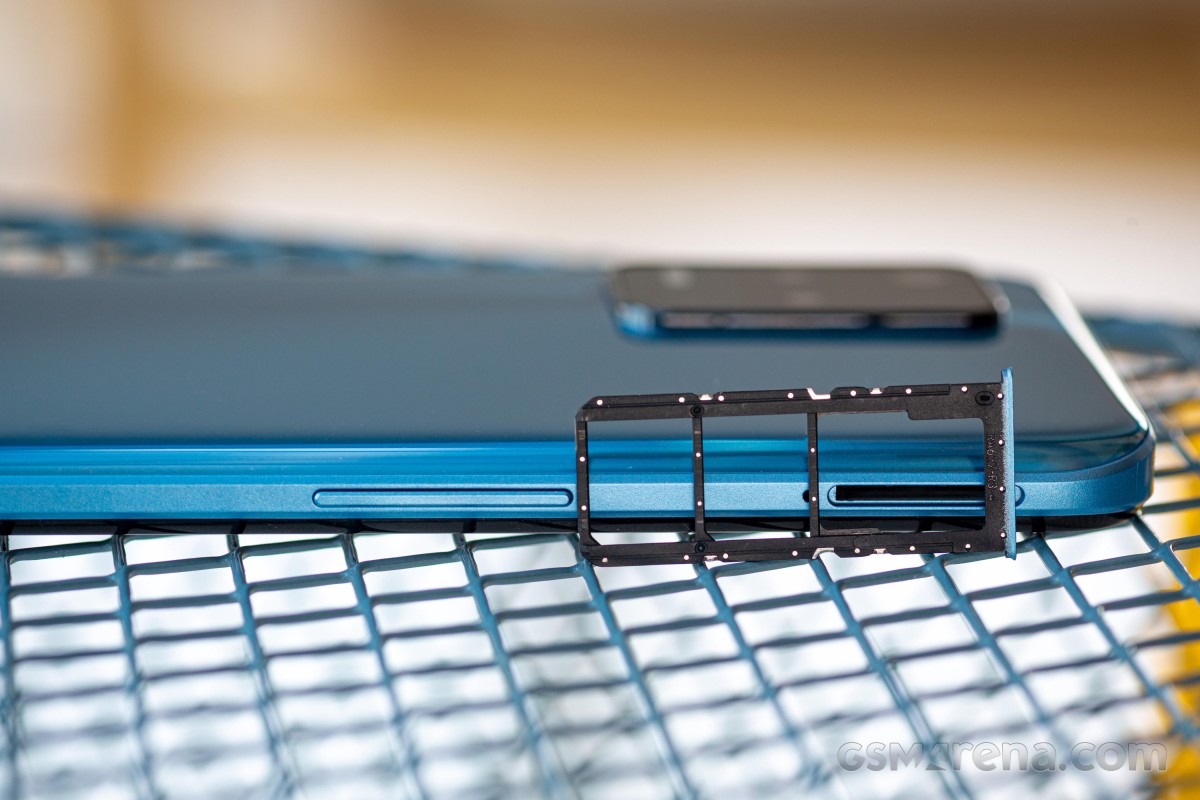 The right part has the lone power key, also doubling as a fingerprint scanner. If you are troubled by its occasional triggering, you may want to change its activation from Touch to Press, and all of your issues will be gone in a flash. 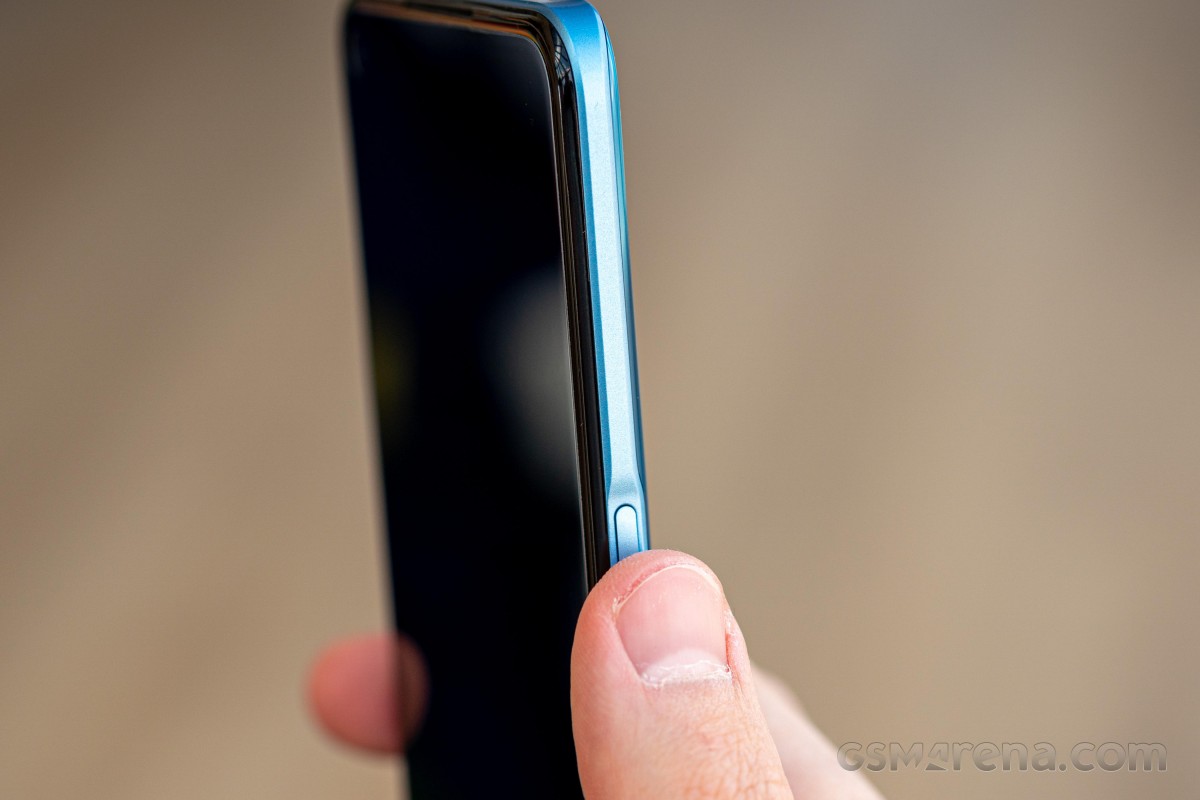 The Realme 8 5G is easy to handle, and its frame provides enough grip so it can be used without cases. The glossy back is a massive fingerprint magnet though the bright blue version is hiding that rather well. It's a reasonably sized smartphone, fits well in hand and pockets, and our only complaint is for the lack of any sort of splash resistance.

The realme 8 5g experience is so bad. Can't play video in full resolution it supports only a 1440