The Realme 9 Pro series was just announced last month, and now it is time for the Realme 9 5G series. The brand scheduled a launch for March 10, at 12:30 PM, where we will see two phones - Realme 9 5G and Realme 9 5G SE.

The appearance of both units is already revealed on the company website as well as their 48MP triple cameras. 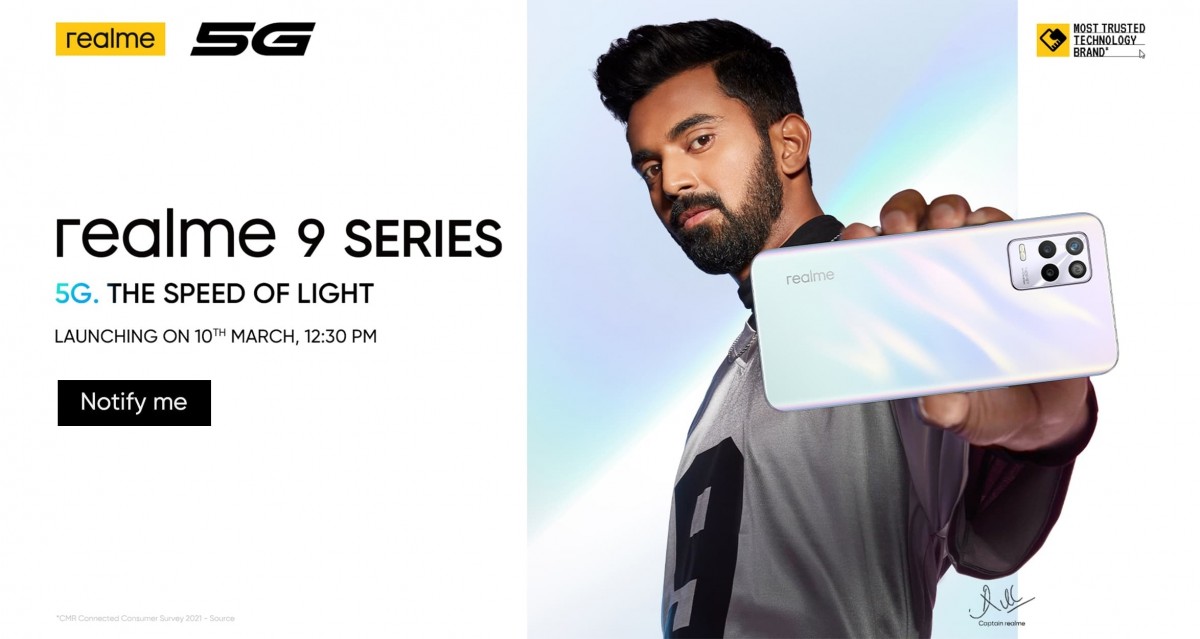 One of the phones will be powered by the Snapdragon 778G chipset, while the other will come with Dimensity 810. Both will support dual 5G and sport thin light bodies. According to the images, the power key doubles as a fingerprint scanner, so it is a fair bet to say the displays of the 9 5G and 9 5G SE will be of the LCD variety.

The panel of the latter will have 144Hz refresh rate, which Realme said will be “highest in the segment”. The predecessor Realme 8 5G started from around $200, so we expect the successors to be in the same price range.

Realme V25 is official with 12 GB RAM and familiar looks

I know, some folks respond like you have leprosy if you dare to say you prefer LCD to amoled. And as much as people argue the supposed benefits (my LCD screen is plenty black enough) they can't argue the physical facts that they genuinely give s...

Acorns lets me tell you... Most reviewers get a their AMOLED screen smartphones for free and don't have to suffer as much of a loss if the display goes bad.. and these are the people that push for OLED They hype it up like crazy A...

Yeah, I had to give up a samsung phone because it had an amoled with no DC Dimming and my eyes hurt after 15/20 minutes, even at low brightness. Honestly, the only upside of oled to me is how even the brightness is across the display, everything else...