The Realme 9 5G is currently exclusive to India. The company's confusing lineup is admittedly pretty hard to keep track of, but technically it is sort of a successor to the Realme 8s 5G and the Realme 8 5G before that. Though, technically, specs-wise, it kind of sits nestled in between the two. 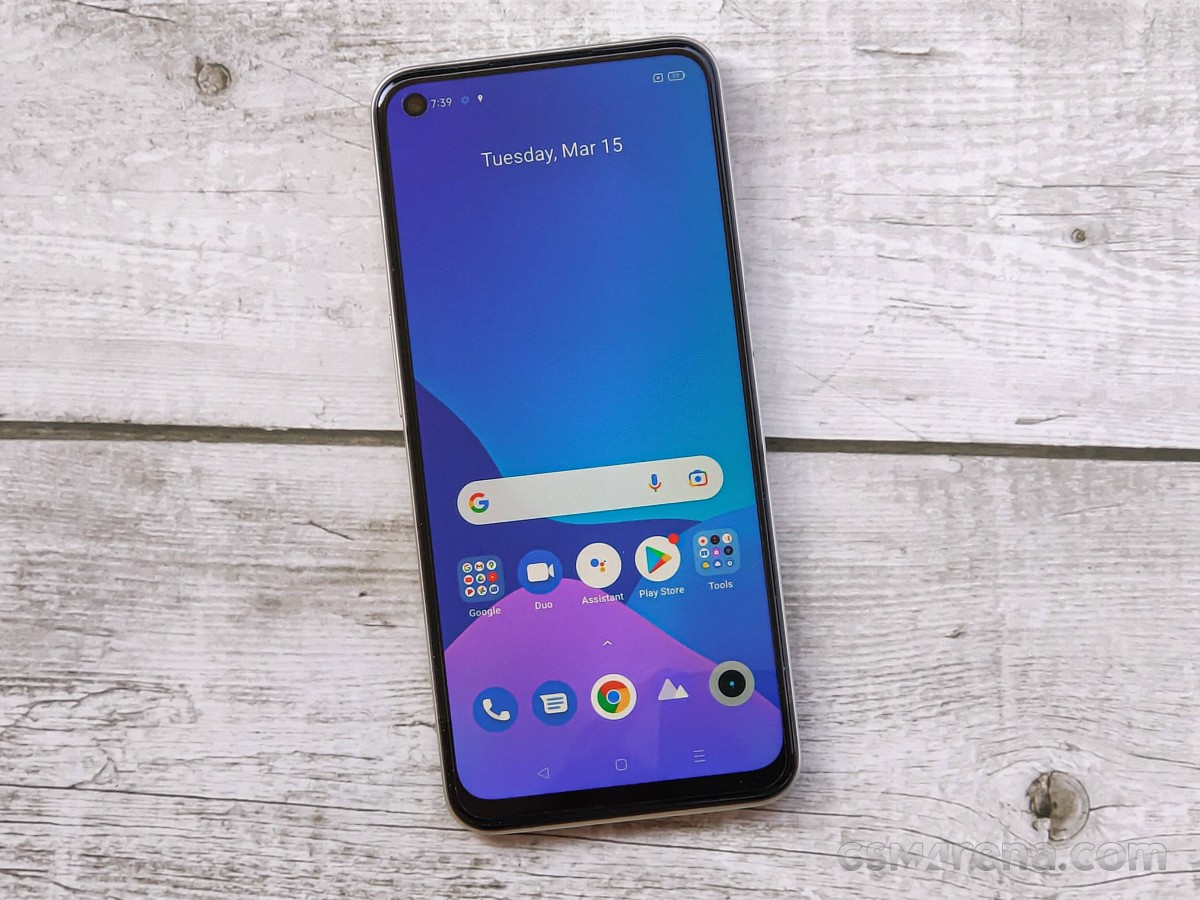 The one major distinguishing factor between the new Realme 9 5G and the Realme 8 5G that came out over a year ago is the chipset - a MediaTek Dimensity 810 compared to a Dimensity 700. A weird and kind of bold choice, considering that this makes the older Realme 8s 5G technically better. It is a very similar device to those two as well, both physically and in terms of specs, but it does bump up the main camera to a 64MP unit, has 33W fast charging and a better chipset on board.

This essentially makes the new Realme 9 5G a "middle-ground" offer between the Realme 8 5G and the Realme 8s 5G. Not exactly a major upgrade like its higher model number might suggest. Still, that's all reflected in its price as well. It sits at a competitive INR 15,000 (EUR 183/$192). That could very well be enough to make it a popular budget choice like its siblings. Plus, the Dimensity 810 is a tough chipset to fit into this sort of a tight budget, proving once again that Realme is aggressively pursuing a competitive edge through the best possible value proposition.

Before we dive deeper into what the Realme 9 5G offers, let's look at its retail box. Even though the Realme 9 5G has what is essentially the standard accessory pack for a current Realme device, it would technically be considered a rich retail package by modern standards. It ships in a sturdy bright-yellow box, which is quite eye-catching and gets the job done when it comes to protecting its contents. 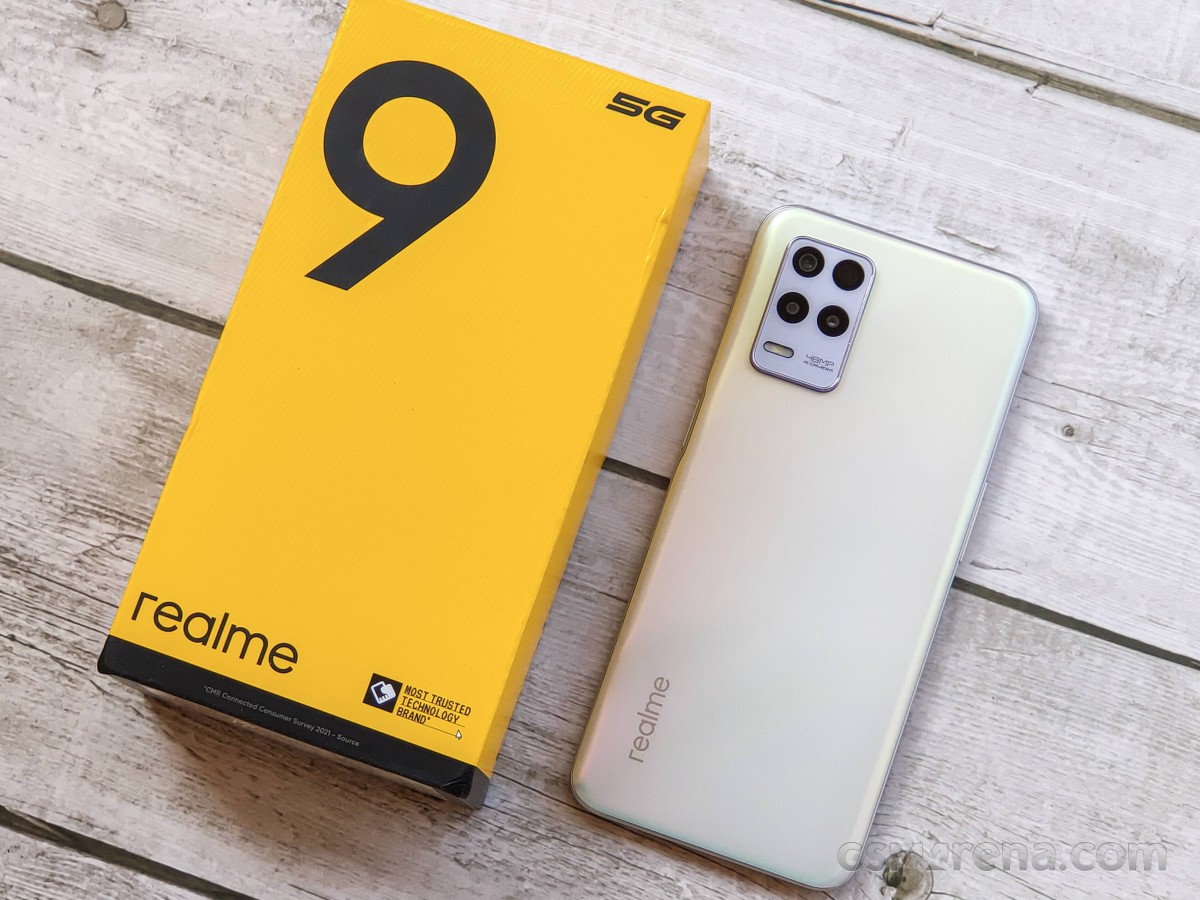 Speaking of contents, beyond the phone itself, Realme also bundles in an 18W charger in the box so you can use the full 18W fast charging the phone is capable of. There is a thick USB Type-A to Type-C cable alongside it. Unfortunately, you have to move up to the Realme 9 5G Speed edition or the Realme 8s 5G to get the faster 30W charging. 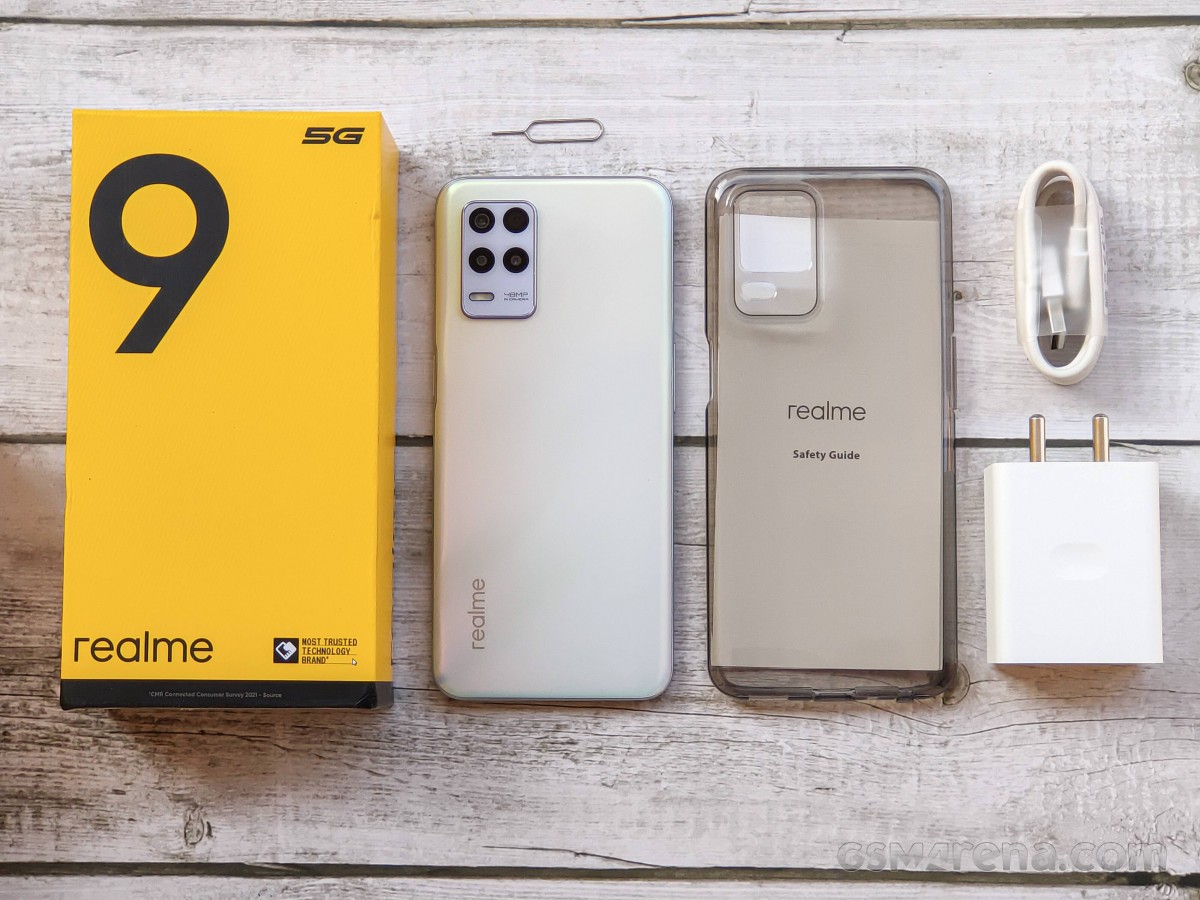 Realme is also nice enough to throw in a thick and solid transparent TPU protective case in the box. It's a great little addition that lets you start using the phone worry-free immediately.

i think your fact is not true.

First sensible phone this year: a single useful camera, two SIM slots and a separate SD card for huge transferable storage, a headphone jack, a fast modern efficient processor and 5G for those who can use it though turning it off makes no difference ...