Two months ago Realme announced its smart band called Realme Band. However, some basic stuff like weather info and the ability to restart the band were missing before the most recent update.

The software version is now V6.0 and adds a reboot option, weather information and perhaps even more importantly, "find my phone" functionality. 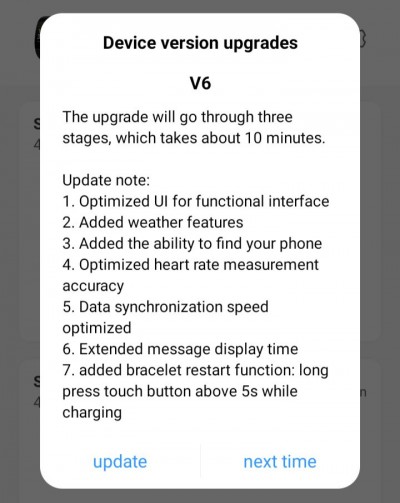 honor band 5 looks better better in my opinion. the design of the mi band 4 makes it look cheap and not durable "glass curves break easier than flat or slightly curved glass".