Realme unveiled the Narzo 30 series smartphones today and alongside those the company introduced the Buds Air 2 TWS earphones - successors to the Buds Air launched way back in December 2019.

The Realme Buds Air 2 look similar to the Buds Air Pro and flaunt a two-tone color splicing design. They are powered by the custom R2 chip, which Realme says offers 80% increased battery life and reduces the latency by 35% compared to its predecessor.

The Buds Air 2 pack a 10mm driver in each bud with Diamond-like Carbon (DLC) coating on the diaphragm, which offers richer bass, clearer sound, and better frequency response than a traditional diaphragm. With the Buds Air 2, Realme has introduced a new Bass Boost+ mode, developed in collaboration with EDM duo The Chainsmokers. Besides, Realme has also added two new presets to the Realme Link app - Dynamic and Bright. The former balances bass, treble, and mid sounds, while the latter enhances human voice, making it ideal for listening to podcasts and audiobooks. 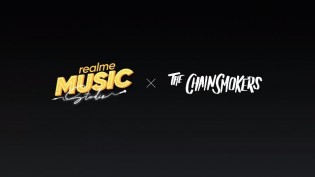 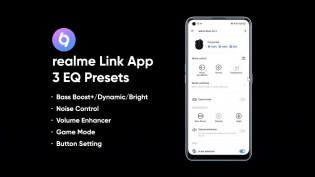 That said, one of the biggest highlights of Buds Air 2 is the Active Noise Cancellation (ANC), which wasn't present on the first-gen Buds Air. The ANC on the Buds Air 2 can reduce noise by up to 25dB and is capable of filtering out most low-frequency sounds, including the rumble of the airplanes and the noise of home appliances. 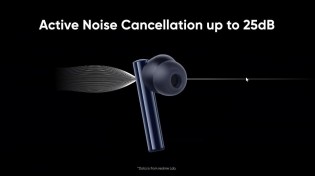 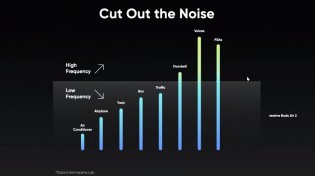 The Buds Air 2 support touch controls, feature Smart Wear Detection and come with Bluetooth 5.2 and dual-channel transmission. They also come with an upgraded Game Mode offering a latency to 88ms, which is a significant upgrade over the Buds Air's 120ms latency and the lowest right now amongst Realme's wireless earphones. While the battery endurance has increased, Realme has ditched the wireless charging we saw on the original Buds Air. That's hardly a surprise, though, since the Buds Air Pro - the company's flagship TWS earphones - don't have it either. However, the Buds Air 2 support fast charging, allowing you to get two hours of playback with a quick 10-minute top-up. A full charge requires two hours. 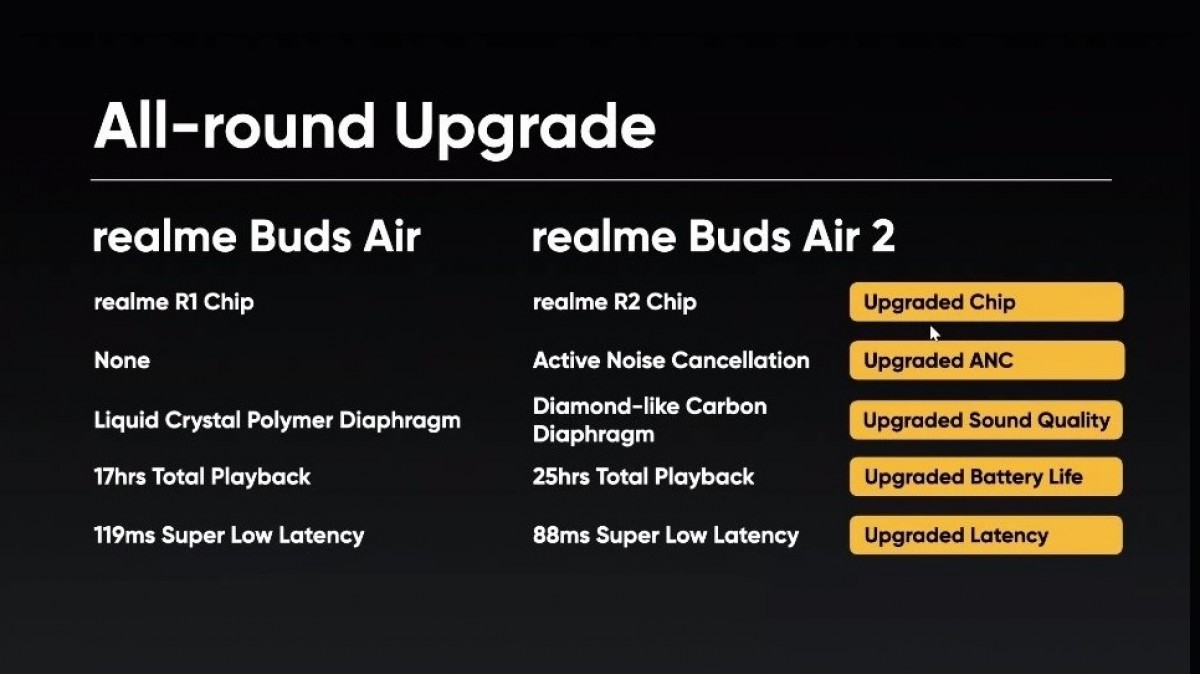 The Realme Buds Air 2 are IPX5 rated and have two color options - Closer Black and Closer White. At INR3,299 ($45/€37) they are priced lower than the Buds Air (INR3,999) and will go on sale in India from March 2 through Realme.com, Flipkart, and mainline stores across the country. 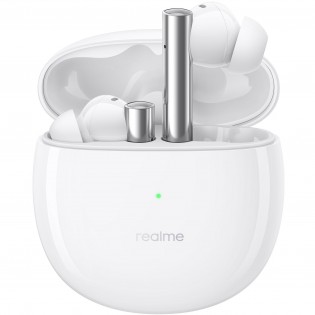 Is wireless charging available?...and is that better than real me air Pro#ANC

Bruh, why did they edit those on the peron's ears 🤦

will these be available in europe too? and when?