The Realme C15 Qualcomm Edition announced last October with Android 10-based Realme UI 1.0 is now receiving the stable build of Realme UI 2.0, which is based on Android 11.

The new build brings the usual Android 11 and Realme UI 2.0 goodies to the C15 Qualcomm Edition, including notification history, chat bubbles, one-time permissions, refreshed UI, and three Dark Mode styles. You can head over to the source link at the end of this article for the complete changelog. 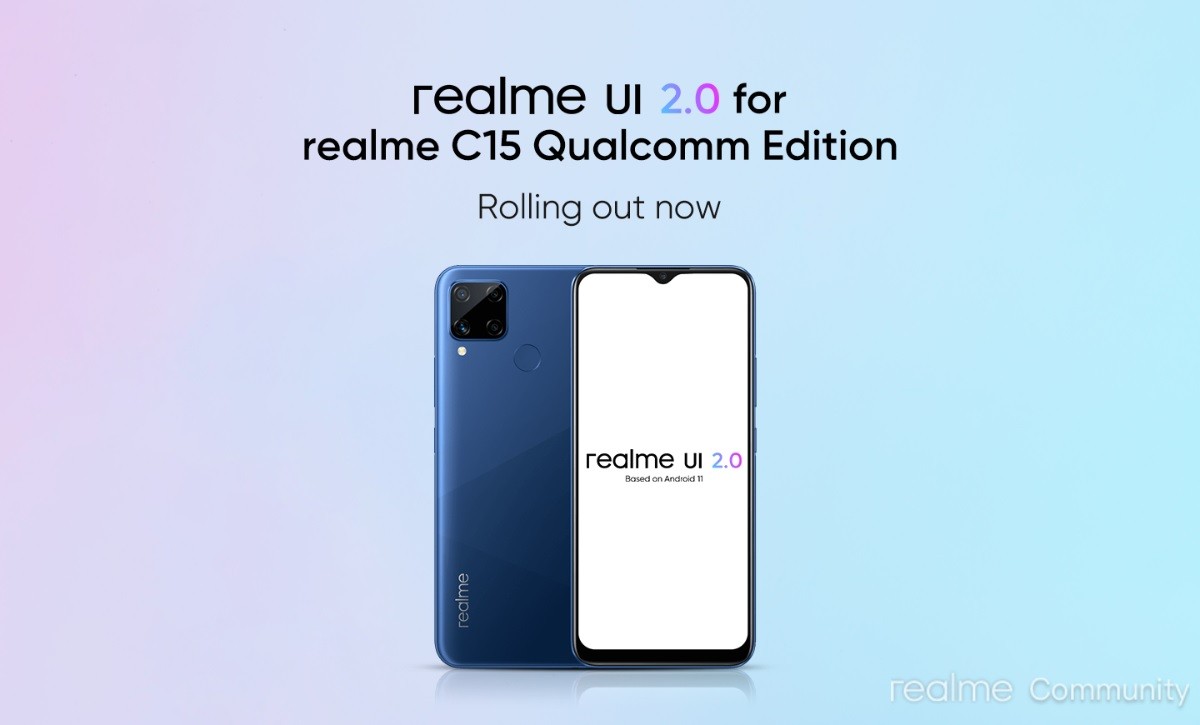 The Realme UI 2.0 update comes with firmware version RMX2195PU_11.A.05. It is currently rolling out to a limited number of users in India in batches, and a broader rollout will commence in a few days if no bugs are found.

Realme says those enrolled in the Realme UI 2.0 early access/beta program for the C15 Qualcomm Edition will directly get the stable update instead of a beta build.

Next year in January

When is realme 6 getting update for ui 2.0