The Realme GT2 series launched in China last year and replaces the flagship Realme GT 5G from March 2021. But this time, we get two versions - a standard GT2 and a GT2 Pro option, which Realme says is the most premium flagship it has ever made. And we can see why. The GT2 Pro offers an impressive set of improvements over the GT 5G in every key aspect.

Starting with the display, of course. The GT2 Pro now carries a bigger, LTPO2 AMOLED panel that boasts low energy consumption and adaptive refresh rate ranging between 1Hz and 120Hz. And that's on top of the 500 mAh battery increase, raising our expectations in the battery endurance department.

Another notable upgrade is the camera setup. There are even a couple of industry's first in there as well. The main 64MP camera from before has been swapped out for a more sophisticated Sony-made 50MP sensor with multi-directional PDAF and OIS. And the ultrawide unit uses a Samsung 50MP sensor paired with an impressive 150-degree lens allowing for some unique fisheye shots. Sadly, there's no telephoto camera, and there is only a 3MP microscopic macro camera with AF and 40x magnification to make up for the omission. 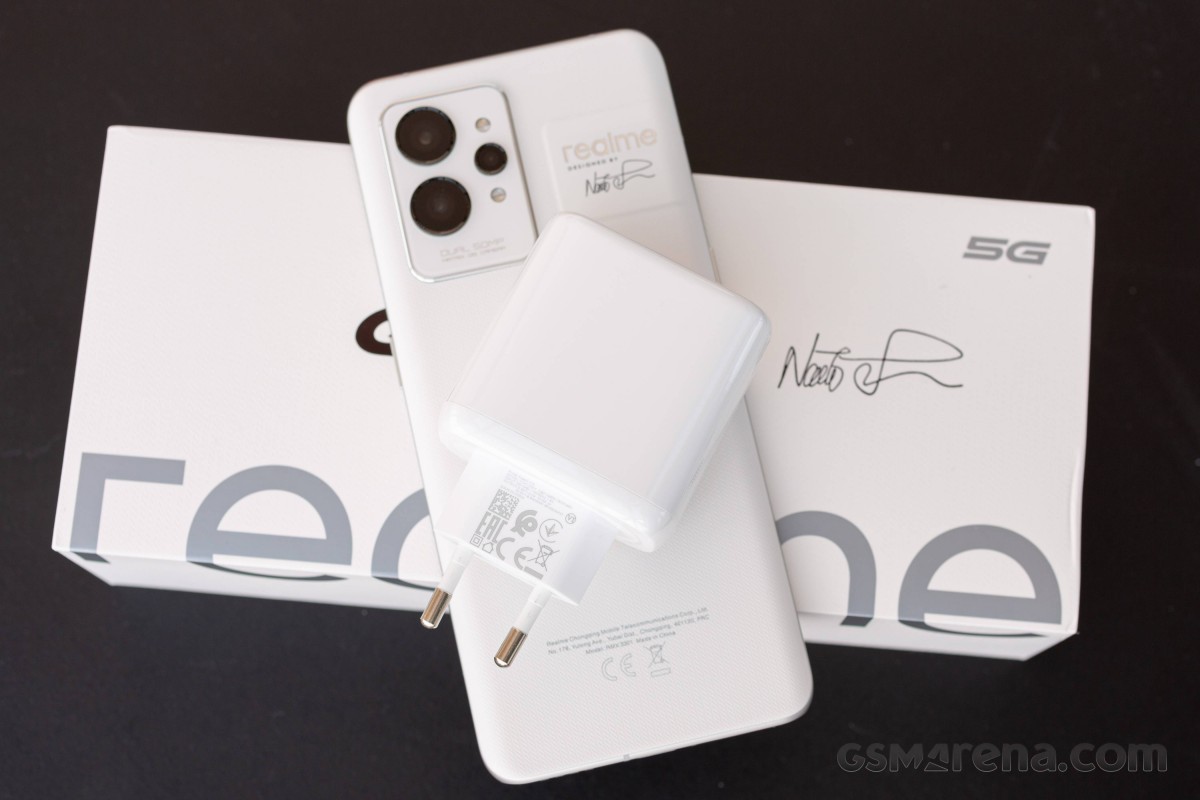 Last but not least, the same designer behind the Realme GT Master, Naoto Fukusawa, has designed the back of the current GT2 Pro. It's not made of glass, and it's conceived so that it feels like paper in person. It's reportedly, the industry's first bio-based polymer leaving 35.5% less carbon footprint.

So, in a sense, Realme is right about the GT2 Pro being the most premium smartphone it has ever created. The new Snapdragon 8 Gen 1 is at the helm with all the bells and whistles a flagship phone should offer. Well, except maybe a telephoto camera, but we've seen Realme's produce impressive cropped 2x and 3x zoom photos, so let's not judge prematurely.

The Realme GT2 Pro comes in a nice, big box that, nonetheless, should have reduced carbon footprint as per Realme. The company says that in combination with the new bio-based polymer back, every 1 million GT2 Pros shipped account for the equivalent of 3.5 million fewer plastic bottles.

Anyway, the box contains all the usual user manuals, a USB-A to USB-C cable for charging and data transfer, the appropriate 65W charger and a nice-looking gray silicone case for extra protection. This one provides a nice grip and doesn't feel cheap like the other cases that OEMs usually bundle with their phones.

Moving from Poco F1 to Realme GT 2 Pro, was initially very excited about the phone specs, but quickly after 2-3 weeks of using the phone, i realized how much that this is a big disappointment. Here is why (so far): Note: At the time of this wr...

Congrats. Hope you are having a good time with it.

Just received mine today, and since it is my first smartphone, what I can say is it feels surreal to say the least. I saved my income for almost half a year for it and yeah I hope it'll make it worth every cent.