We won't pretend we have an intricate understanding of Realme's naming and marketing strategies, but we'll admit the GT Explorer Master we have for you today has quite the ring to its name. Promised for a European release, this particular member of the GT series comes with an unorthodox design, a great primary camera, and a nearly flagship-grade chipset.

A few things out of the way first. We're reviewing a Chinese version of the GT Explorer Master - it came without Google Play Services pre-installed, but works just fine with Google's suite sideloaded. A proper International version will probably follow at some point.

Additionally, you may find the phone called Explorer Master Edition or Master Explorer, or something of the sort - it should be the same phone. In any case, don't confuse it with the GT Master (non-Explorer) we reviewed recently.

Another point worth having in mind is that the Explorer Master will not be available in India, at least for the time being.

That lengthy preamble now behind us, let's go over the key bits. The GT Explorer Master features the standout Suitcase design we saw on the GT Master, and we're already off to a good start.

The curved-edge display scores it some additional points for style, but there's also plenty of substance in it - 120Hz of bright AMOLED substance.

On the inside, there's the Snapdragon 870 ticking, Qualcomm's second-best currently on offer behind the 888. 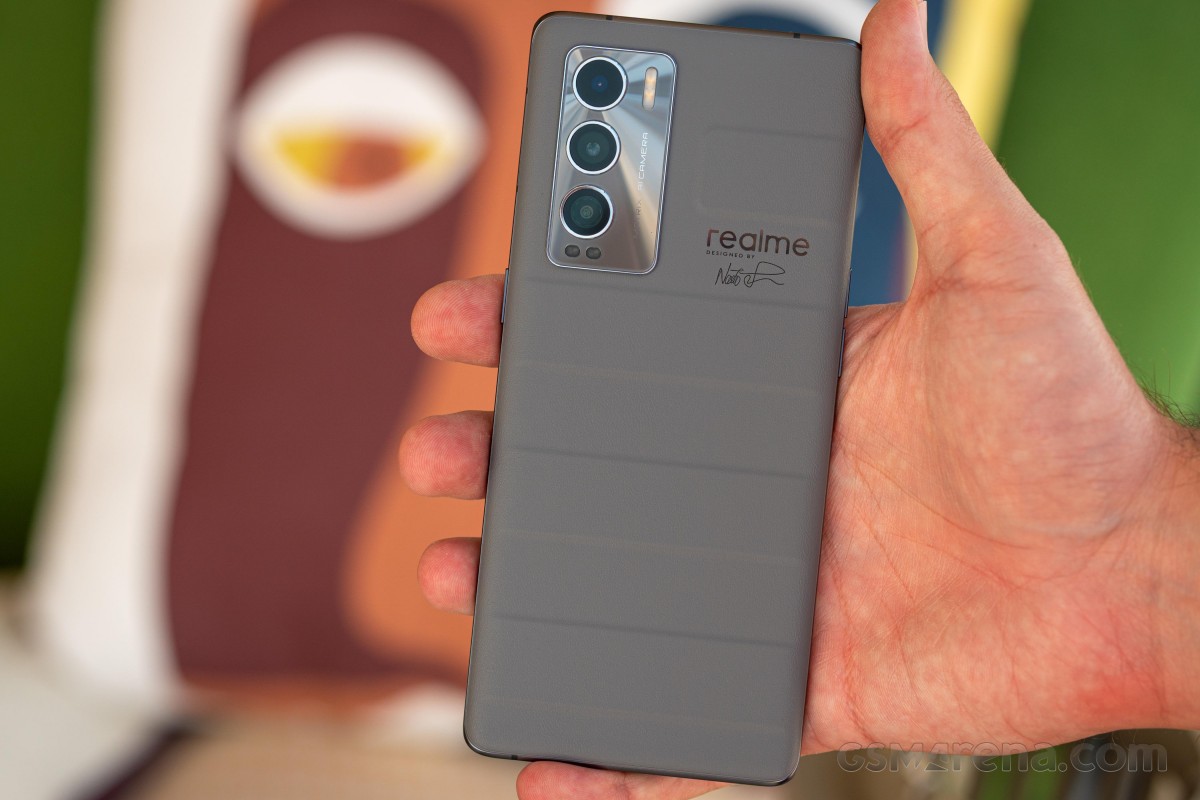 But it's in the camera department that the Explorer Master has one of its key selling points. The 50MP primary unit is all kinds of great, boasting a big 1/1.56" sensor, omnidirectional AF and OIS. The 16MP ultrawide is also one better than the basic 8MP ultrawides on them other GTs, while the 32MP is shared with the GT Master, where we did like it a lot.

Here's a recap of the most important specs of the Realme GT Explorer Master.

The GT Explorer Master arrives in the same overly large box that we received the GT Master in. Since both our review units are the Chinese version, their boxes have plenty of Chinese script on them, but regardless of region, there will be a lot of bold letters on the GT EM's box. 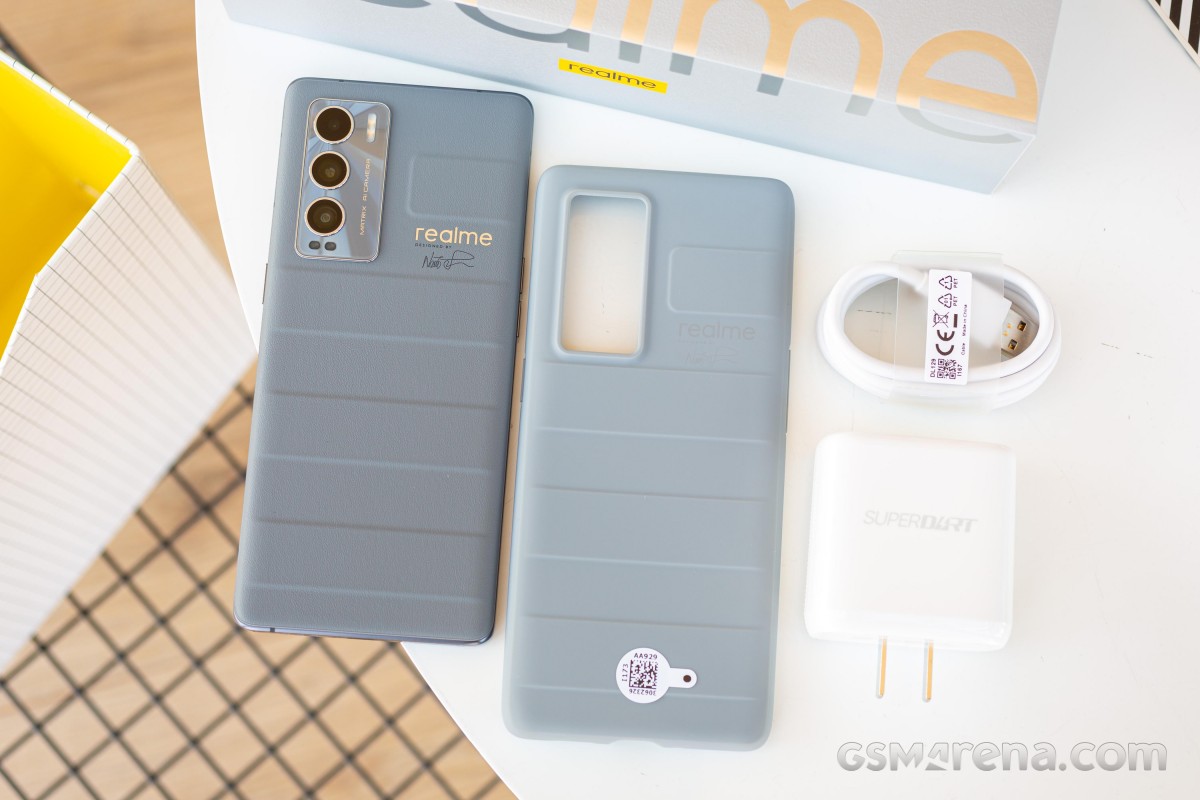 The box contents include a 65W SuperDart fast charger and a proprietary USB-A-to-C cable to facilitate that fast charging. Also bundled is a gray soft silicone cover case. The Suitcase versions get one that mimics the striped back of the phone, the plain ones get a plainer one. 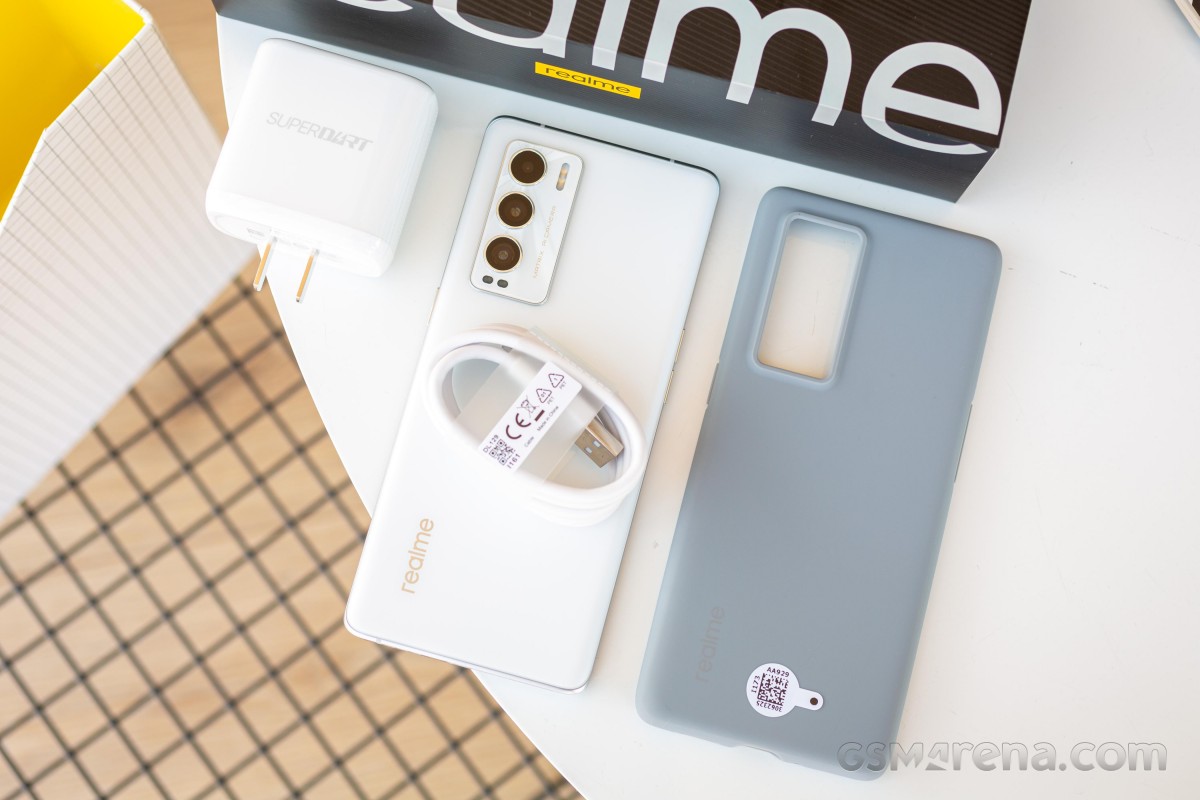 Yeah, unfortunately Oppo/Realme and Xiaomi don't have this feature. Huawei and Honor have it built in to their own software so you don't need Google lens and it works perfectly. Vivo also have it on Origin OS but have never used their phon...

Good battery, good screen, good camera. Im totally happy with my buy. No zoom only digital. Night shots simply amazing. Difficult situation absolutely coped with fill light and night mode. My friends got amazed with the outcome photo. To me most impo...

No Screen Translate tool option in the smart sidebar because it's Chinese Version. And No 3 finger translate either because you'll need a Global ROM with Google Lens. Maybe it will be released Globally but I highly doubt it.