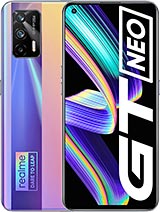 No gorilla glass??
wtf is this with 2020/1 phones? half of them dont have screen protection

Is this phone good? What's the best phone to have? My options are Realme X2 Pro, Realme GT Neo, IQOO 3 5G and Samsung Galaxy A90 5g. Thank you in advance

Stop removing Sd card slot in your pathetic piece of sh...!!!!!!!! Sorry I got pissed off.
Why ? I lose faith on you realme.
Since you don't include sd slot in your amazing fantastic x2 pro.

Here is quote for you:
Stop going to make "fetch" happen.
It's not going to happen!

So conflicting reports about what panel it uses. Giztop says it uses E4 Amoled panel, but other places says E3? I'd like someone to say for sure which one it uses. That E4 panel looks beautiful. Bout to go with the Poco but if the GT Neo has the E4 also I'm going that route. Confusing.

ButtHurt123, 14 Apr 2021I don't know why this phone is not being hype like xia... moreI think its going global in may because it was a huge hit in china

I don't know why this phone is not being hype like xiaomi phones. Look at the specs man its a steal for its price. Make it global and i'll buy one.

Jesus, 12 Apr 2021Oh lord No CG Glass protection damn!Dude look at the price of the phone it's so cheap and you want cg in it it's not like you gonna drop the phone always and a case so you can avoid crack screen and dents

I am worried about its protection..