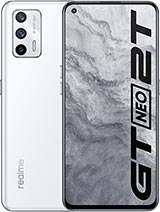 I'm confused between Neo2T and Moto Edge S30...both are cheat with crazy specs

Anonymous, 17 Dec 2021I found this device new for 280$, is it worth it? I current... morei would take it if i were you. that price for that specs is already great deals. But i dont know about real life experience. You can hold to buy it for another couple months till this phone reviewed than you could consider if it suit your preference.

HmHoney, 16 Nov 2021If comparing the frame and case durability, screen quality,... more1) K40 Gaming has metal frame, more durable than the plastic frame of the Neo2T.

4) Both have same camera hardware, both are acceptable in taking photos for midrange phones. Redmi usually have a bit better image processing than Realme.

5) K40 has better EIS stabilization in video, Neo2T has better audio in video.

6) Neo2T is cheaper, the K40 more expensive because of extra feature like physical shoulder triggers for gaming.

Will it be available globally. If so how much

Not planned for Europe! Unfortunately!!! :-(

BillyOcean, 27 Nov 2021This is exactly the Neo Flash. Can someone tell me it's not?More or less the same, updated in camera department front & back also cheaper in little bit.

This is exactly the Neo Flash. Can someone tell me it's not?

If comparing the frame and case durability, screen quality, dual speakers, taking pictures and recording sound from the mic compared to K40Gaming, is it better?

and any NEW Information about relase in Europe?

Singh, 02 Nov 2021Copy cat of poco f3 gt shame on u realmeThere is a big difference it has no ads and POCO UI bloatware.

Copy cat of poco f3 gt shame on u realme

if u wanna buy GT Neo 2T
stop it!
don't pay for it, while GT Neo (flash) have lower price than it.