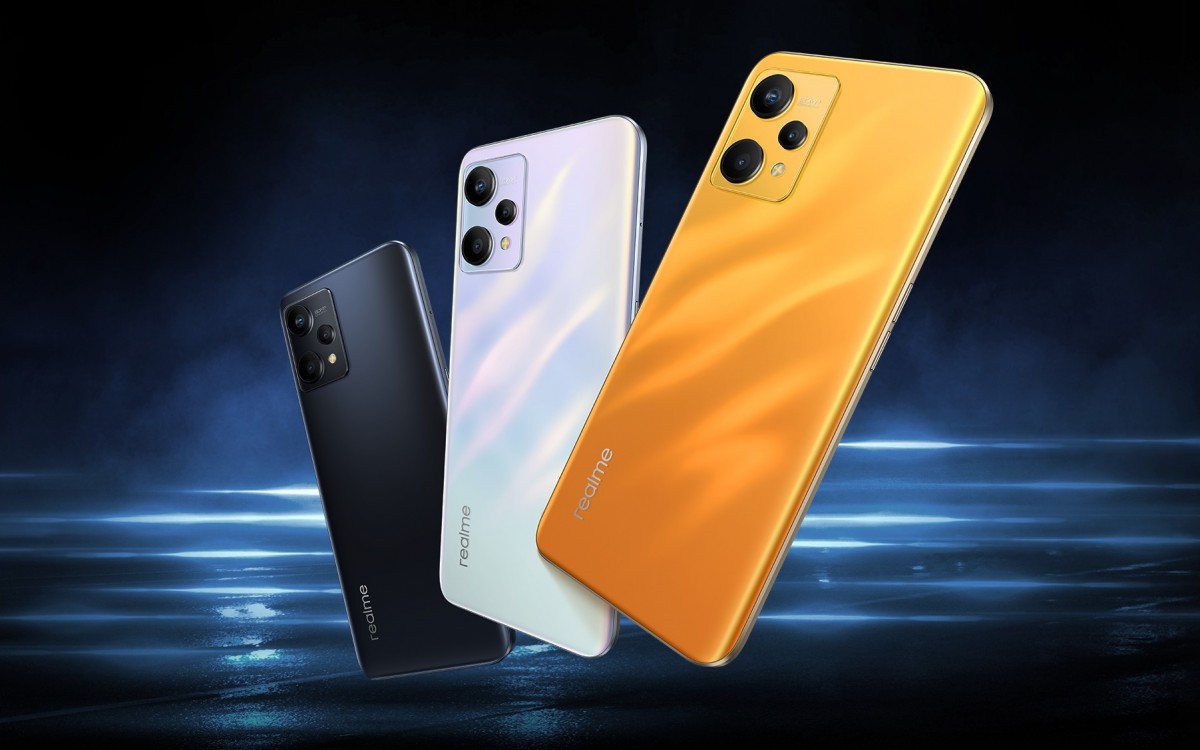 There are three more cameras on the back. The alignment is the same as the Realme 9 Pro (as is the rest of the body), but the sensors behind the lenses are different. We have a 50MP main shooter, a 2MP macro camera and a 2MP depth shooter. 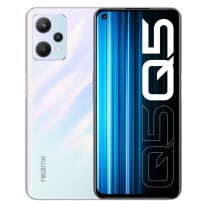 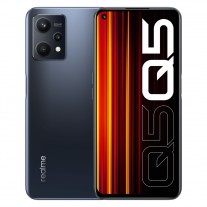 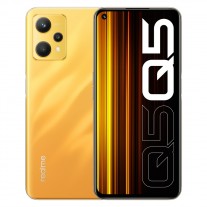 The Snapdragon 695 5G and the 5,000 mAh battery are also borrowed from the 9 Pro, as well as the side-mounted fingerprint scanner. The Realme Q5 offers speedier 60W SuperDart charging, though. 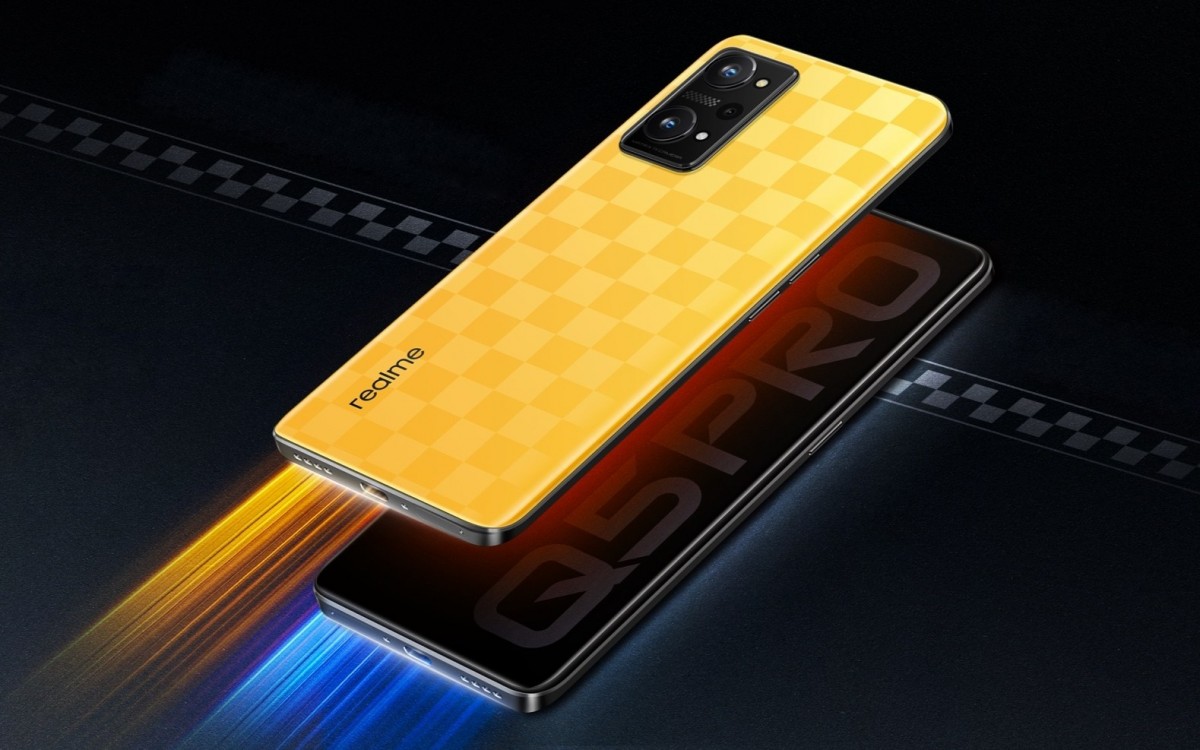 The Realme Q5 Pro borrows the display, battery capacity and overall design from the Realme GT2.

The 6.62” AMOLED with 120Hz refresh rate has a fingerprint scanner underneath and a 16MP selfie camera in the upper left corner.

Around the back is a 64MP main camera, alongside 8MP ultrawide snapper and a 2MP macro shooter. The chipset here is the relatively old, but still capable Snapdragon 870. 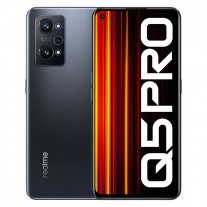 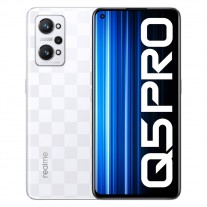 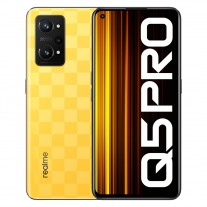 The significant change Realme implemented in the Q5 Pro is 80W fast charging for the 5,000 mAh battery. This is among the fastest in the company’s portfolio, trailing only behind the revolutionary GT Neo3. 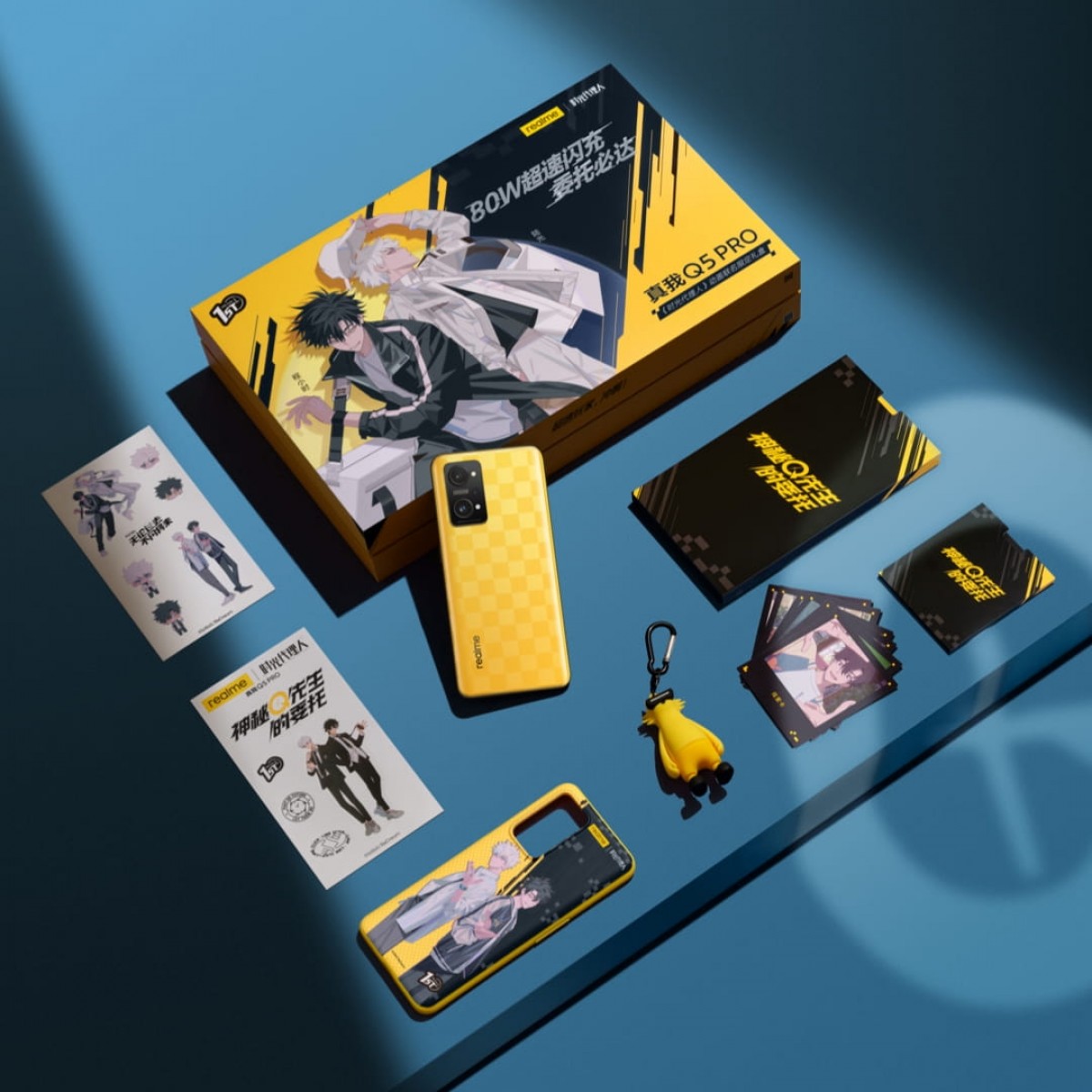 Realme also offers a limited edition retail box branded with characters from the Time Agent anime. It includes a Yellow 8/128 GB phone, a protective case, a Realmeow keychain, some stickers and collecting cards. The price of the whole package is CNY2,299 ($360).

That's alright, I wish GSMarena had an edit button really.

Thanks for clearing that up, I was skimming too fast apparently. I thought it said it had a Snapdragon 695, but I guess that's the non-pro. Unfortunately, there doesn't appear to be a way to delete my original comment. Hopefully anyone w...

In what way? It comes with Qualcomm's Snapdragon 870 that's a lot better than Mediatek's Dimensity 1100. Far more faster and efficient.