Realme Narzo 50A Prime is coming on March 22, design and key specs revealed

Realme's Narzo 50 series currently includes three smartphones - Narzo 50, Narzo 50i, and Narzo 50A. This number will increase to four on March 22 as the company will introduce the Narzo 50A Prime in Indonesia.

Realme hasn't detailed the Narzo 50A Prime's specs sheet yet, but the company confirmed the smartphone will feature a 6.6" 1080p display and sport a triple camera system on the rear headlined by a 50MP camera.

The image shared by Realme's Indonesian branch on its official website also reveals the Narzo 50A Prime's design and color options. The smartphone packs a notched display and has flat frames. It has the power button on the right side, which will likely double as a fingerprint reader. At the bottom, we have a USB-C port, flanked by a 3.5mm headphone jack, microphone, and speaker. 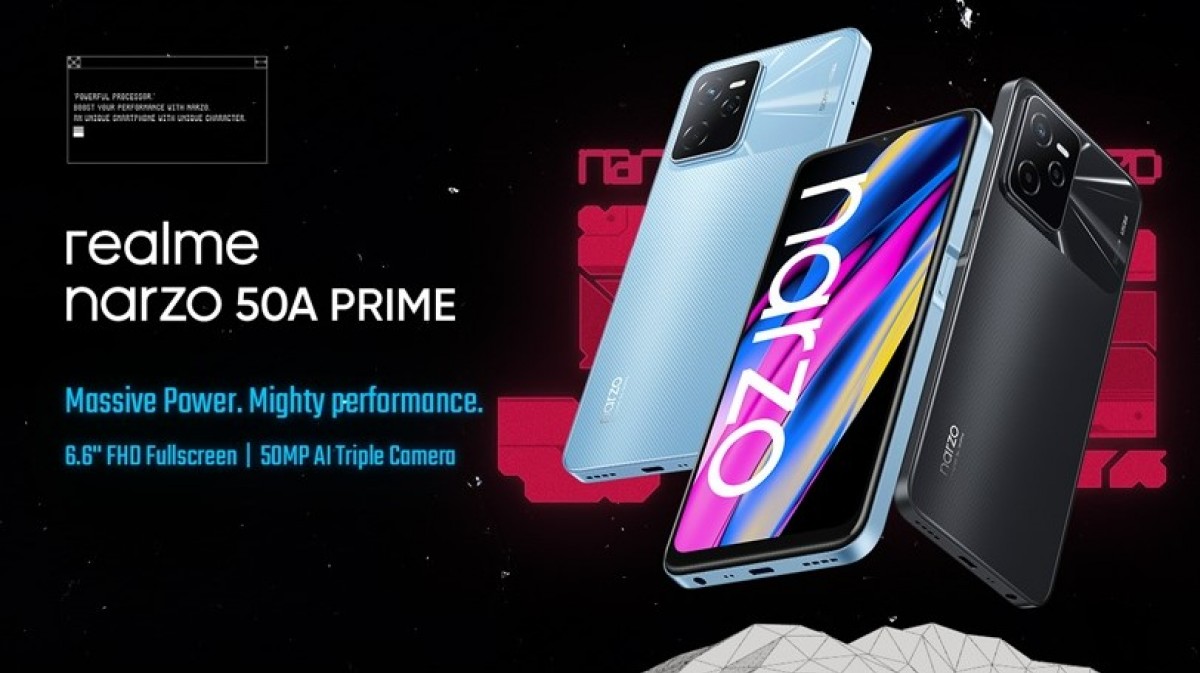 With the event still over a week away, we could see Realme reveal more details about the Narzo 50A Prime to build hype around it.

Realme narzo 50A and 50i debut

Not quite possible(im not sure), but its interesting if it does. It have the price ₱7900, so cheap to have 5g, but It'll destroy the cheap phones lists if it does. The major upgrade I have in mind is amoled screen, the design reminds me of xiaom...