The Realme 5 and 5 Pro launched last August were the first smartphones from the company to sport quad rear cameras. Since then, the company has announced plenty of smartphones featuring four cameras on the back, which are aligned vertically either in the center or in the left corner. But things are about to change as the company is set to introduce a new camera layout next month.

This information comes from Realme's Indian CEO Madhav Sheth, who in the latest episode of #AskMadhav on YouTube revealed that the company is working on a new camera layout and it will debut on Realme devices as early as next month. 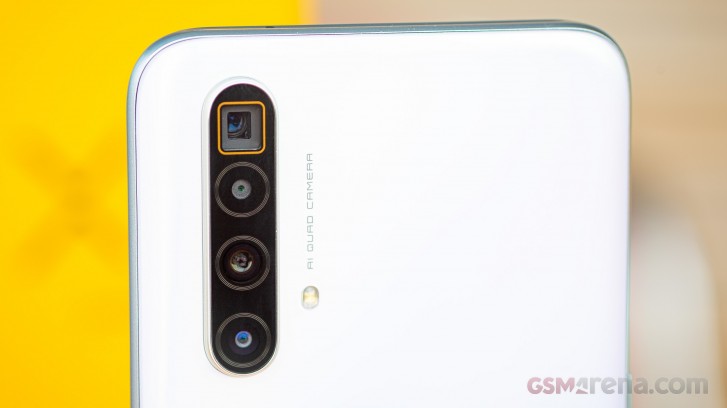 Sheth also revealed that the company is working on flagship-level TWS earphones but didn't get into the details. However, the CEO did confirm that the recently announced Buds Q TWS earphones will arrive in India for less than INR2,000 ($26/€23). Realme will launch the X3 and X3 SuperZoom in India on June 25 and that's when we are likely to see the Buds Q debut in the country.

Additionally, Sheth revealed that Realme is working on a 55" Smart TV and we'll hear more about it next month. He also said that the wireless charger which was announced alongside the Buds Air TWS earphones last year will finally go on sale in India this month through the company's official site.

Furthermore, Sheth talked about an OTA update for the Realme Watch to improve the notification management, and when asked about the smartwatch getting the Quick Replies feature, he said it's still being evaluated.

Sheth also answered questions related to Realme UI updates and revealed the C2 will get it in September. Apart from this, the Indian CEO talked about Realme's Flash Tool, new backpack, availability of red and green-colored Buds Air Neo, exclusive showrooms for Realme products and the reason for choosing a MediaTek chipset for the Realme TV. You can watch the entire episode below for more details.

what do you mean by that?