Yesterday Realme detailed the quad-camera module that's going to be the centerpiece feature of the upcoming Realme 5 smartphone and today the company shared a couple of samples taken with the star of the setup - the 64MP main module.

The setup has a 64MP main camera with Tetracell technology (or Quad-bayer in Sony speak) supporting native pixel binning so the pictures would normally come out in 16MP resolution. Yet the two samples we got are in the full 64MP resolution. As can be expected detail at the pixel level is about average, but if you downsample them to 16MP the image is super sharp.

Dynamic range also looks impressive - even the cloudy sky in the second shot didn't blow out. The huge sensor clearly helps a great deal with that. 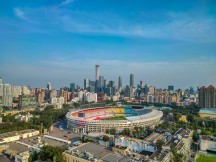 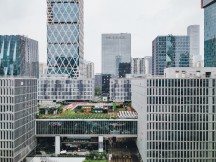 Along with the original samples, Realme also uploaded a couple of downsized pictures showcasing the macro lens and the 119-degree ultra-wide camera. There's also a night shot in there.

Looks like shit. 808 is a real king of res. not those tiny sized pseudo sensors.

This 64 mp tech should come to Realme 5 and 5 pro. Camera is basic criteria for upgradation from earlier phones. So this 64 mp is must for Realme 5.

Bad bad quality....finally no one beats pureview technology....that was the revolution of mobile photography....Iam a huawei fan but in the android platform the results are not the same as nokia 808 thats the truth....consider the 2012 year....