Realme smartphones get costlier in India after GST increase 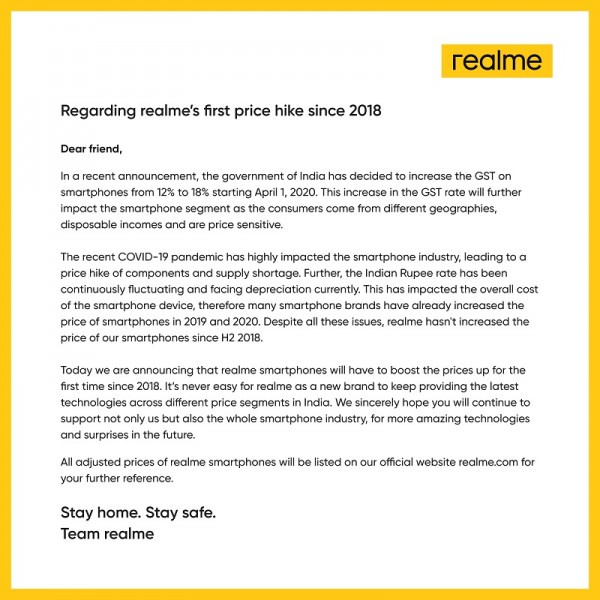 That said, Apple, Xiaomi, Oppo and Realme aren't the only brands to increase the prices of their smartphones in India. Poco and Samsung have also increased the prices and smartphones from other brands will also get costlier due to the increase in GST.

Realme 6, 6i and C3 arrive in Europe and are available for pre-order, shipping starts in April

The hell u talking about? Did u even read what u reply to?

No its US I think