The just-announced Realme XT features a Snapdragon 712 chipset and a 64MP main camera but it looks as if the handset is getting an upgrade pretty soon. The event's "one more thing" was a teaser for an upgraded version of the phone that is scheduled for December. 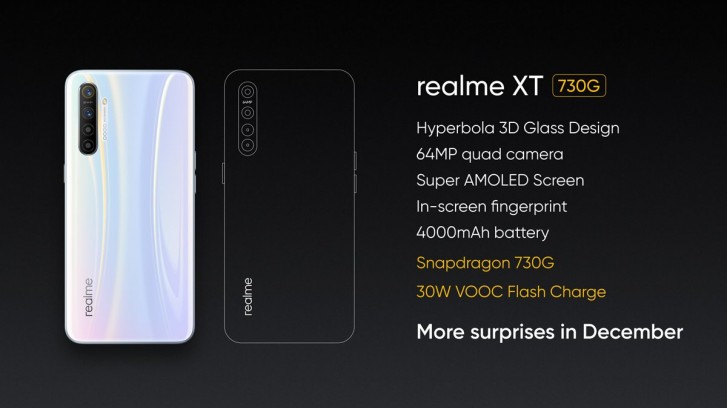 Although the poster says "more surprises in December", the Realme XT 730G seems more like a hardware refresh than anything. It highlights the Snapdragon 730G chipset as a centerpiece feature, which is a standard Snapdragon 730 SoC but with better graphics performance due to the higher GPU clock speeds.

The rest of the hardware such as camera, chassis design, screen and battery remain the same. We will know more in December.

Realme 5 will now be on sale every Tuesday

And another Realme phone

They want to beat redmi to become no1 in india. They now priced all their latest 14models in different price segments and different online channels. T