The Watch S packs a 1.3" circular touchscreen of 360x360-pixel resolution and features a photosensitive sensor that automatically adjusts the brightness depending on the lighting conditions.

The screen is protected by Corning's Gorilla Glass. Realme doesn't mention which one exactly, but we presume it's the Gorilla Glass 3 since that's what the first Realme Watch had. 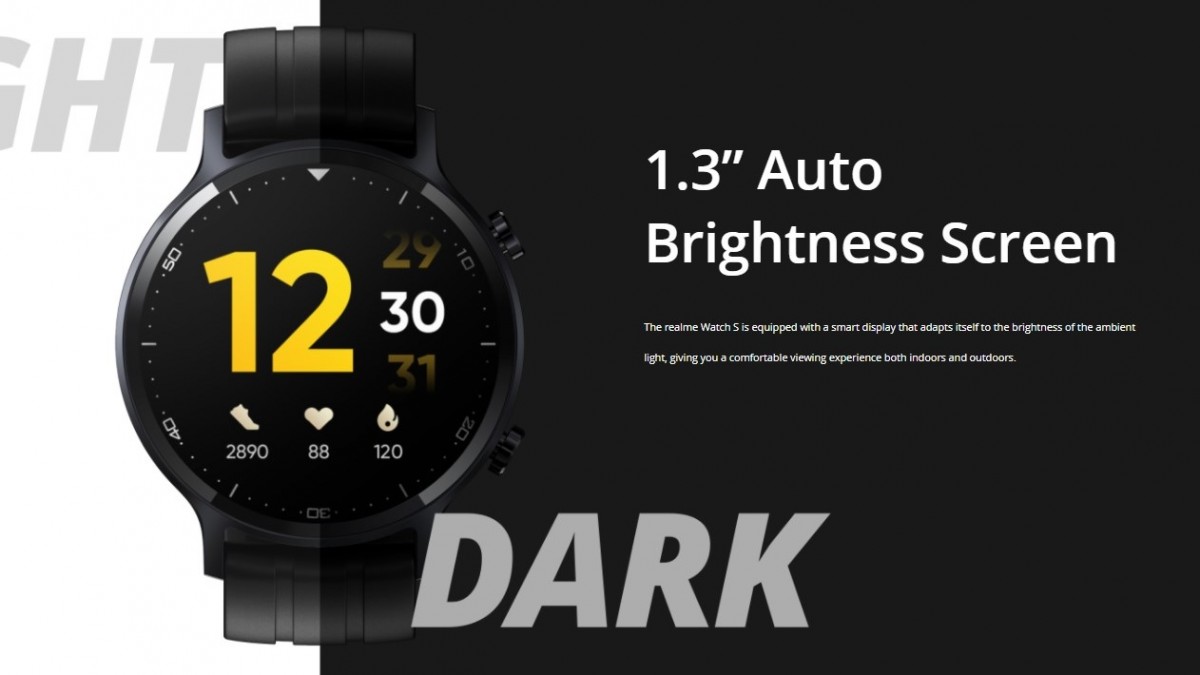 The first smartwatch came with 12 watch faces on board, and while we don't know how many watch faces the Watch S has available out of the box, Realme says over 100 watch faces will be made for the Watch S in the coming months.

The circular case of the Watch S is made of aluminum alloy and has two buttons on the right side, while the straps are made of Liquid Silicone and have four color options - Blue, Orange, Green, and Black. The last one will likely come bundled with the smartwatch and the rest will be sold separately. 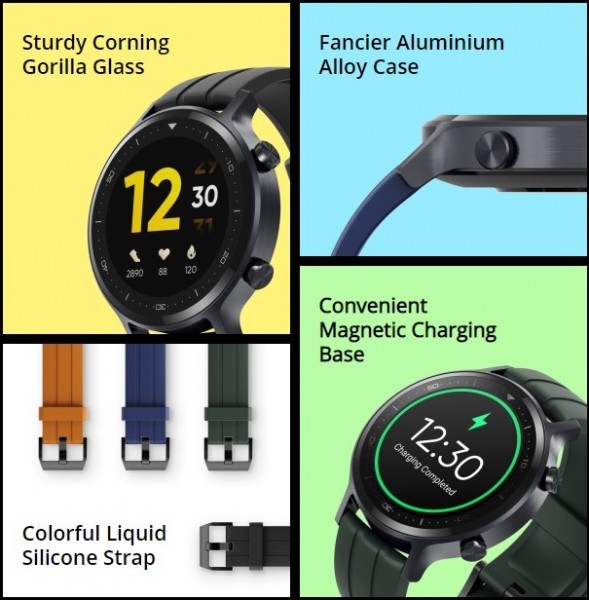 Like the Realme Watch, the Watch S features a PPG heart rate sensor as well as an SpO2 sensor for blood oxygen level monitoring. The smartwatch also comes with 16 Sports Modes, with Stationary Bike and Rowing Machine being the new ones. 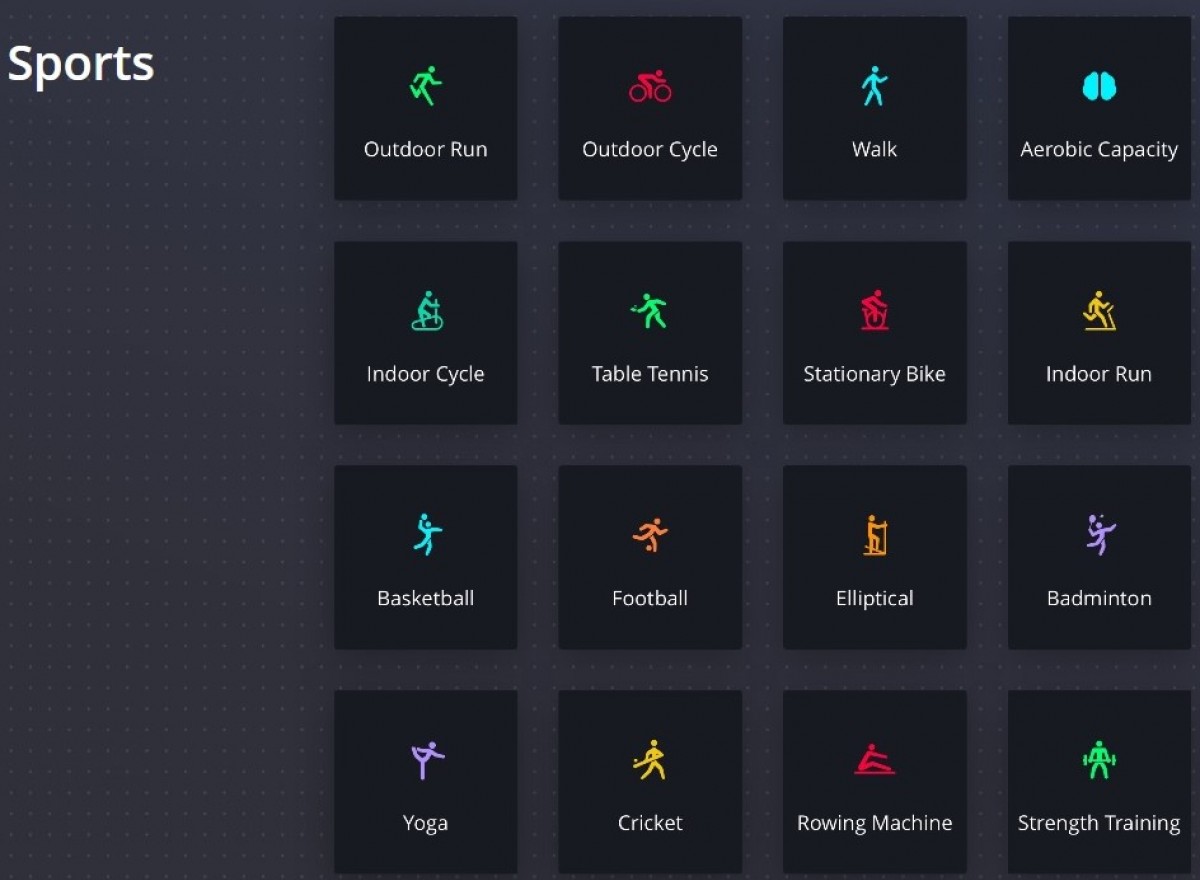 Other key features of the Realme Watch S include Sleep Monitoring, Call Rejection, Smart Notifications, and Music and Camera Control.

The Watch S has an IP68 rating, being water-resistant up to 1.5 meters, but Realme says it's not suitable for use when swimming and taking a shower.

The Realme Watch S ships with a 390 mAh battery which is claimed to offer 15 days of endurance.

The Realme Watch S is priced at PKR14,999 ($95/€80) and will go on sale in Pakistan from November 14 through offline retail stores. Availability in other markets is currently unknown.

Cheated!!! Have IP68 but can not use during shower.

Does this watch run on the Amazfit OS?