We've been there before - is it the letter 'X' or is it the Roman numeral for 10? Much like that previous time, there's a sort of a reasonable answer - the Realme X is the company's tenth smartphone. Even with the conditioning we already have from the iPhone Ten, we're still leaning towards an eX. Anyway, let's not focus on the naming and instead look at the phone that is the Realme X. 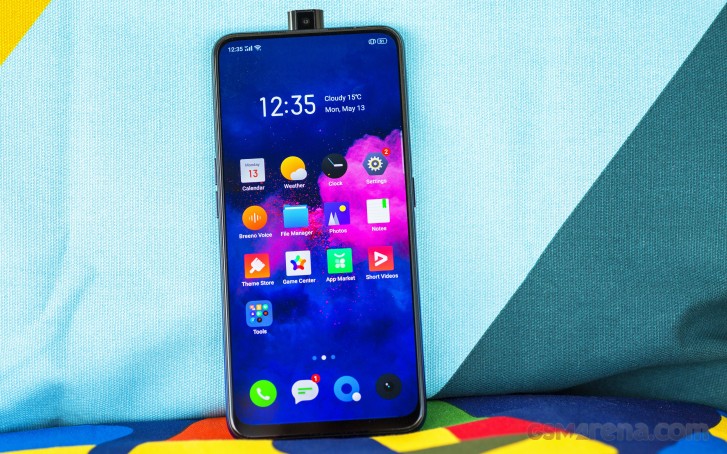 For this anniversary model, Realme's added a bunch of goodies you won't find on any of the other 9 handsets in this quickly growing lineup. Chief among them is the OLED display - it's a first for the brand and it's a big, notchless, 6.53-inch FullHD+ one - a great place to start.

The 'notchless' bit above indicates the second defining feature of the X - it's got a popup selfie cam tucked in the top frame. And, this being an OLED display, you can also have an under-it-fingerprint sensor.

You'd also be pleased to find the Sony IMX586 48MP imager on the back of the X - not unlike a ton of competitors in the class.

Here's a rundown of what else you'll find on the latest Realme.

The one blemish on that otherwise respectable specsheet is the absence of a memory card slot - all the other Realmes have one, and not just have it, but it's a dedicated slot, separate from the second SIM. Well, not on the X, and not at all.

The Realme X ships in what's become the company's standard gray-and-yellow package, introduced with the U1, which helps with brand recognition. This box has a distinct two-piece letter 'X' to set it apart from the rest of the Realmes. 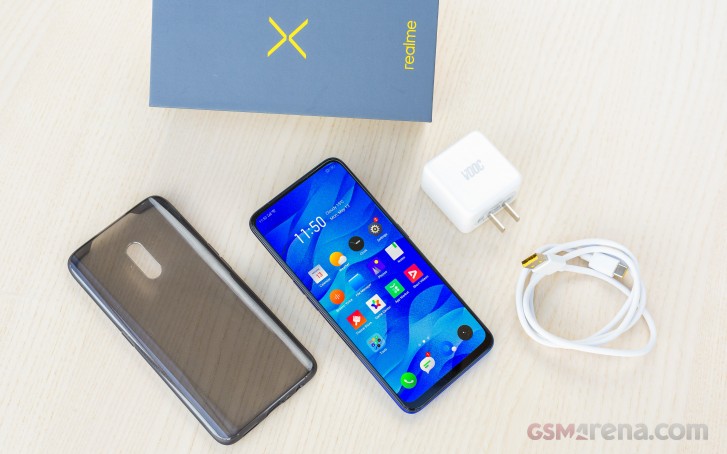 Much like other Realmes, it packs a bumper case, and this one is slightly better quality than what we've seen before.

The 3 Pro we had over recently was the first Realme to come with the proprietary VOOC 3.0 fast charging. The X does include the same 20W adaptor but takes things one step further and does it over USB-C - all previous Realmes have used the older microUSB port. That's the way to go.